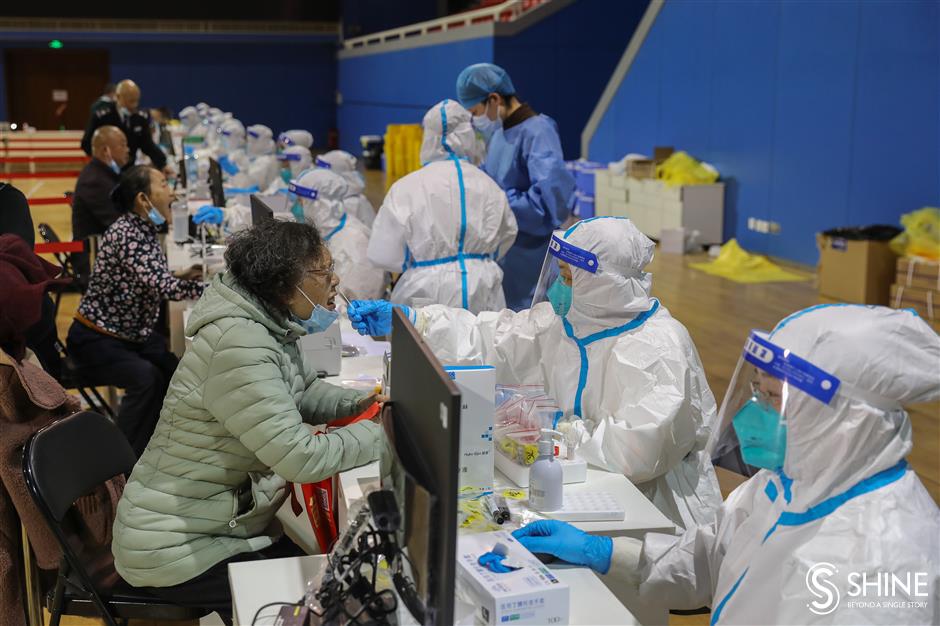 From 6pm on Friday, residents in Shanghai who have no PCR test record since March 16 will see their health code turn yellow, local government said on Thursday.

People with the yellow health code will be restricted from entering many sites and using a number of services.

Across-the-board PCR tests for COVID-19 infections were carried out in the city from March 16, but some residents didn't take them for various reasons, the government said.

Those who have no test record are urged to take the test as soon as possible.

Those who fail to do so before 6pm on Friday will be marked with a yellow health code, and the code will turn green after 24 hours once they take their tests, according to the government.

People who eventually have questions about the new code rule can call the city service hotline 12345 or file complaints in Suishenban.