Amid lockdown, residents pay homage to the departed online 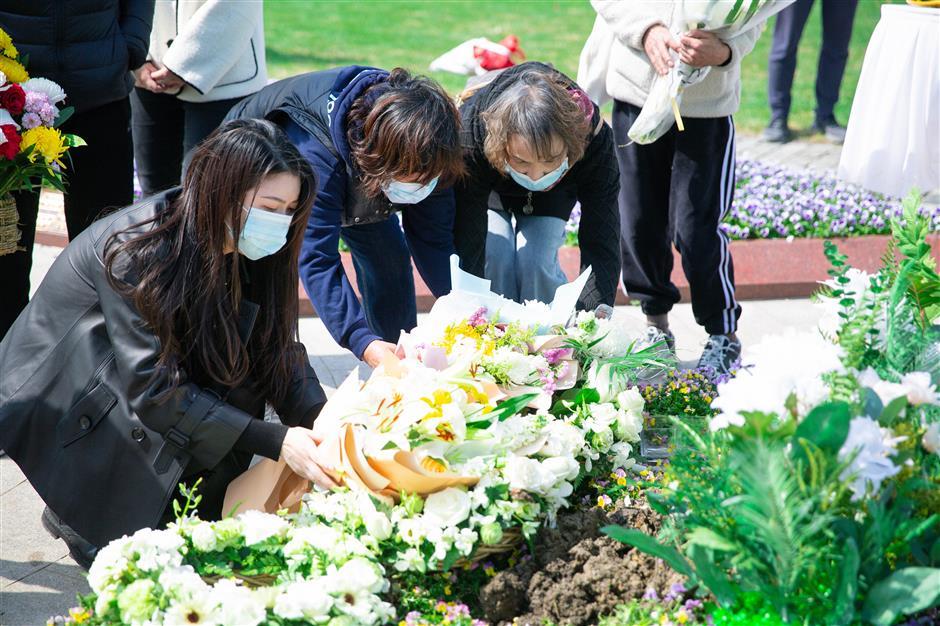 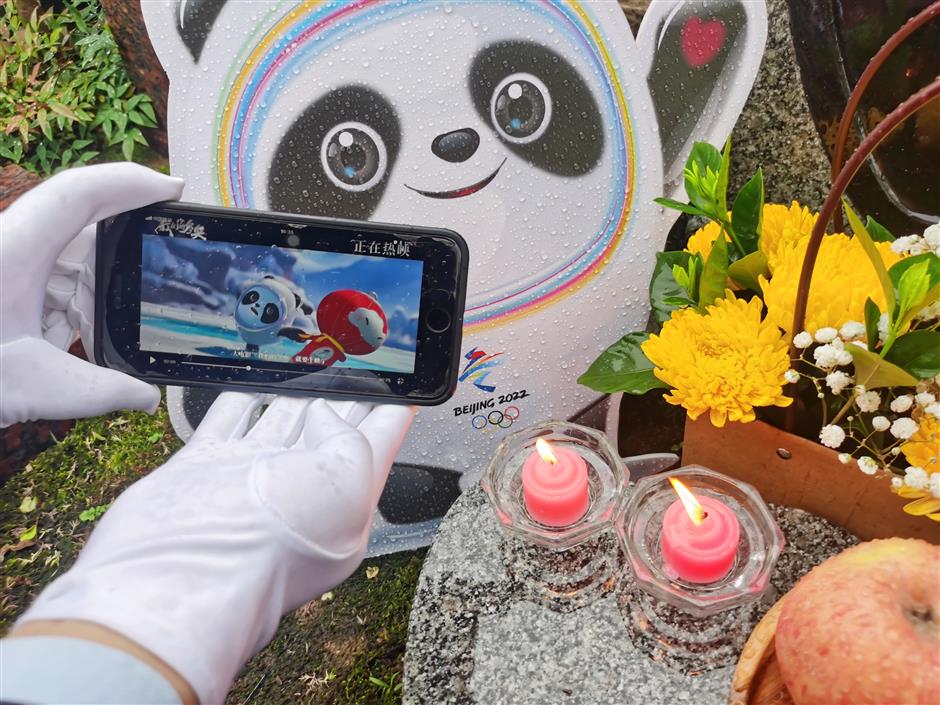 Bing Dwen Dwen, the official mascot of the Beijing 2022 Winter Olympics, was placed at the tomb of a boy who loved skiing. A video of the event was taken for his parents.

Local civil affairs officials reported on Tuesday that during the Qingming Festival period, there was a surge in online tomb-sweeping in Shanghai.

According to the Shanghai Civil Affairs Bureau, 1.27 million tomb-sweeping visits were registered on "cloud" channels as of Tuesday, compared with 17,400 last year at the same time.

On Tuesday, the Qingming Festival, they recorded a total of 1.2 million tomb-sweeping visits.

The Qingming Festival, also known as tomb-sweeping day, is a Chinese festival in which people pay tribute to their ancestors.

To combat the spread of COVID-19 infection, Shanghai halted on-the-spot tomb sweeping in all cemeteries on March 28.

Residents can pay their respects online or request cemetery employees to sweep tombs on their behalf, the bureau said.

As of Tuesday, cemetery workers had swept tombs for 21,000 households in the city, compared with 3,223 during the Qingming holiday last year. 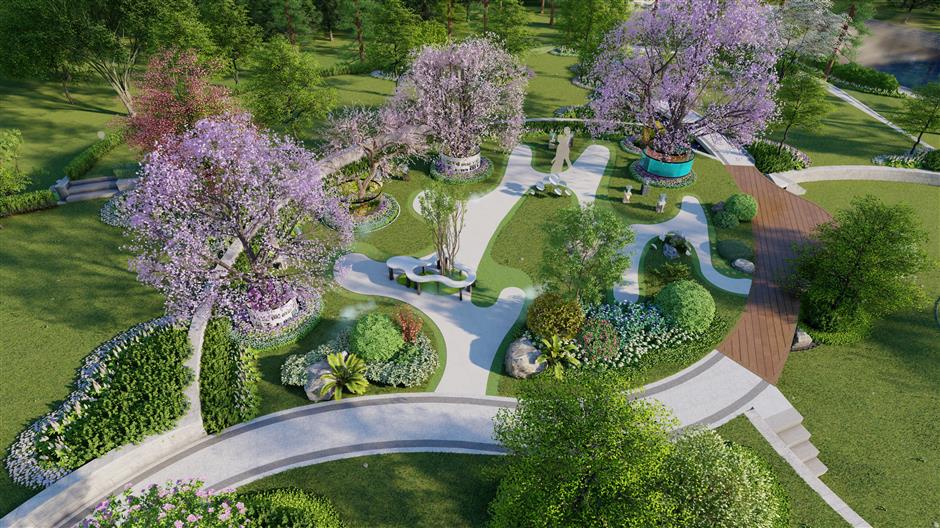 Disappointment over inability to attend the cemeteries during lockdown has been compensated by online tomb-sweeping, according to bureau officials, and is becoming increasingly acceptable to residents.

Many heartfelt stories are hidden behind the "cloud" sweeping. "It's not a cold screen, but a kind of spiritual comfort that connects the 'cloud' and reality, as well as an emotional expression that transcends time and distance," said Li Jingheng, the group's chief brand officer.

"The digital application has been broadened to the field of funerals and interments, and the commemorative content has been extended from a stone monument to an online memorial hall, which is the true meaning of Qingming, a spiritual home."

A Shanghai resident, surnamed Wang, visited Fushouyuan Cemetery in Qingpu District with flowers for his wife every week.

Cemetery staffers prepared a bundle of lilies on Wang's behalf and placed them on his wife's tomb. They used a drone to take pictures of it so that Wang could witness the entire process.

When the UAV landed on the grave with the flowers, it seemed as if the UAV was softly recounting the couple's love story.

The footage was published on the "cloud" site by Wang.

"I was heartbroken when I learned that the cemetery had been closed due to the pandemic," he stated. "This act provides some spiritual solace."

﻿
Special Reports
﻿
61922
,
61924
,
Amid lockdown, residents pay homage to the departed online
Fighting the Pandemic: News and Views on April 5
TCM medicines distributed to communities in virus fight
Medic captured arguing on video mistakenly labelled from neighborhood province
Authorities stress virus not spread by delivery services
Creative ways to honor deceased for Qingming
College students invent ways to cope with lockdown
Parents can stay with infected kids at makeshift hospitals, regardless positive or not
Q&A for mass citywide nucleic acid testing
Lockdown brings out the best in many locals
EXPLORE SHINE