With Shanghai under lockdown, the small community of Mauritians in the city celebrated the 50th anniversary of the establishment of diplomatic relations between Mauritius and China online.

In a video, they also expressed gratitude toward local communities for sharing information and delivering food during the pandemic and expressed wishes for Shanghai to stay strong and overcome the difficult situation.

Hans Seesaghur said there were 17 Mauritians in Shanghai, many of whom having lived in the city for a long time and become a bridge between the two countries.

Seesaghur is an economic and commercial counsellor of the Embassy of the Republic of Mauritius and chief representative of the Mauritius Economic Development Board Office in Shanghai.

He first visited China in 2003 to meet his sister who was a medical student at Wuhan University. At that time, China had just overcome SARS.

Seesaghur went back to Mauritius after completing his doctoral program and returned to China in July 2019 to set up the Mauritius Economic Development Board Representative Office in Shanghai.

He went home in December in 2019 and had planned to fly back to Shanghai on February 4 the next year but all flights to Shanghai were canceled due to the pandemic.

He recorded a video in Chinese to support the anti-epidemic work in Wuhan and Shanghai.

In March 2020, when the epidemic broke out in Mauritius, Shanghai donated relief materials to Mauritius through government channels. 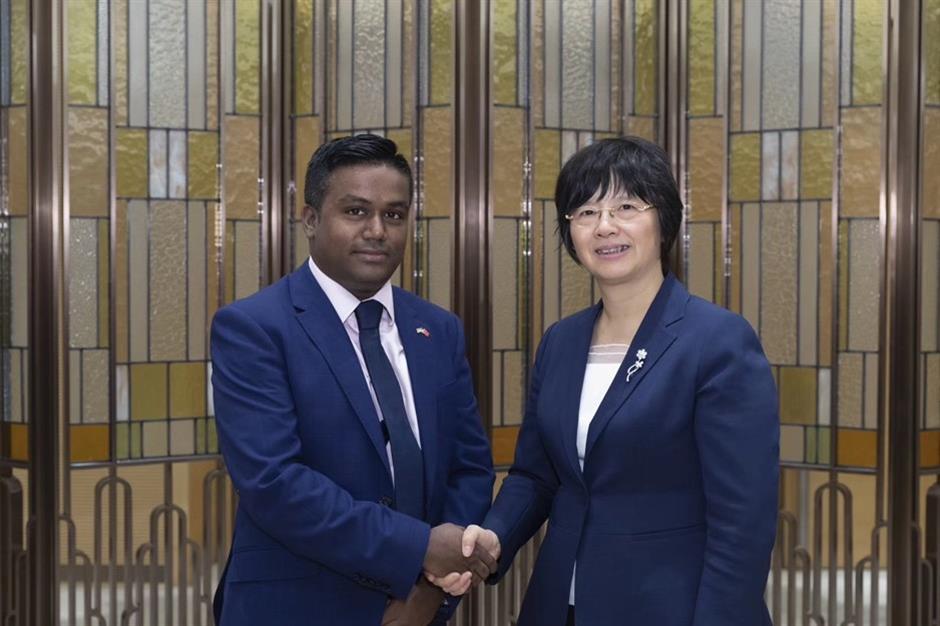 He was able to return to Guangzhou before the Spring Festival last year, thanks to a frantic flight coordinated by diplomatic officials from both nations. He was the only Mauritian on board.

After a 14-day quarantine in Guangzhou, he flew to Shanghai.

"I was eager to get back to Shanghai as soon as possible since I've been looking forward to promoting Mauritius-China economic and trade relations," he explained.

"Shanghai, being one of the world's key financial centers and one of Asia's fastest-growing economies, was chosen for the establishment of Mauritius national trade and promotion agency, the Economic Development Board, to step up exports of Mauritian products to a niche market and to promote the financial benefits of investment in Mauritius," he said.

Shortly after, on January 14, 2021, the popular Mauritian rum brand Grays was introduced in Shanghai, following which more Mauritian companies began to look at China and its market.

"Through continuous promotion, Shanghai had become the second-largest trade partner of Mauritius in China by the end of 2021, with total import value estimated at US$8.5 million," said Seesaghur.

According to the China Customs database, the most imported Mauritian commodity to Shanghai in 2021 was rum. 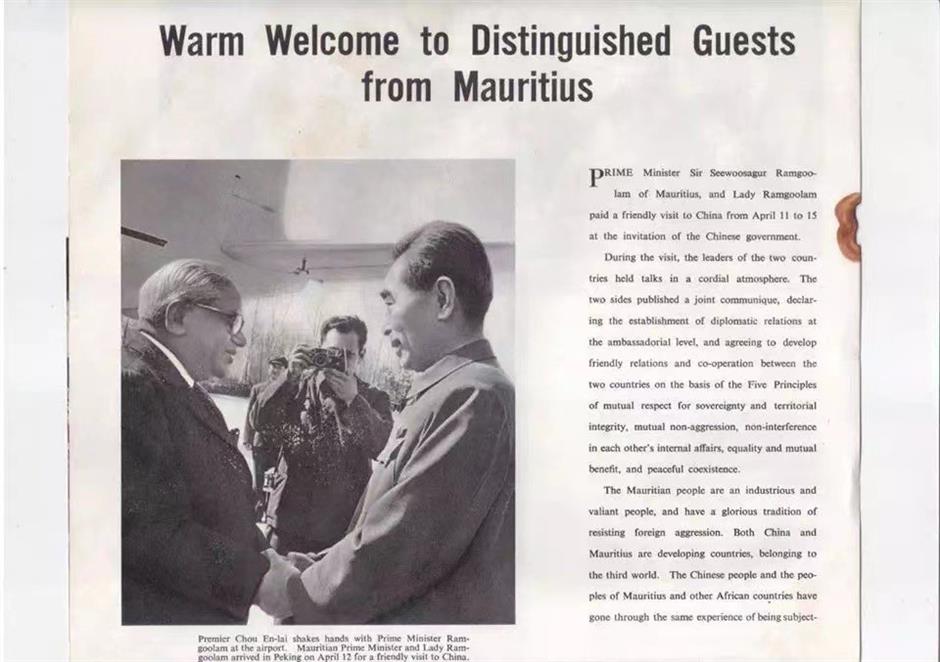 A copy of the China Pictorial's report on the then Mauritian prime minister Seewoosagur Ramgoolam's visit to China 50 years ago.

Seesaghur said that 50 years ago, Shanghai was the first stop of the then Mauritian Prime Minister Seewoosagur Ramgoolam, who was on a 5-day official visit to the People's Republic of China.

He reached Shanghai on April 11 and spent the night here before heading to Beijing, where he was welcomed by the Chinese Premier Zhou Enlai. During his visit, the leaders of the two countries agreed to establish diplomatic relations at the ambassadorial level.

"The current Prime Minister, Pravind Kumar Jugnauth, has regularly expressed his country's commitment to enhancing Mauritius-China bilateral relations and plans to visit China in the near future."

Seesaghur said the two countries have promoted exchanges in various fields in the past 50 years, especially around the last decade.

Mauritius had a 250-square-meter national booth at the World Expo 2010 in Shanghai, showcasing special products from Mauritius such as rum, local sugar and fruits. Then Mauritian President Anerood Jugnauth visited the expo in September to mark the National Pavilion Day of Mauritius. 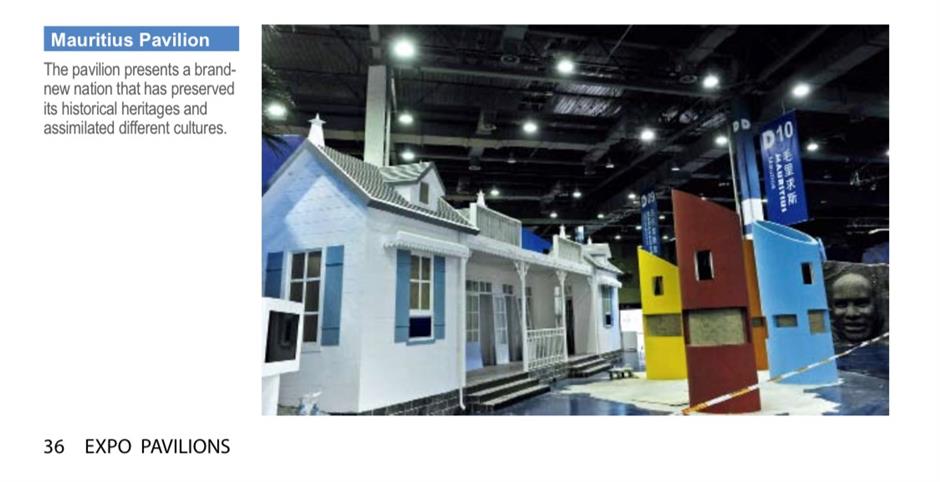 Following that, Air Mauritius launched several direct flights to Mauritius from a number of Chinese cities such as Beijing, Shenzhen, Chengdu, Guangzhou and Wuhan.

In January 2013, the carrier launched the Chinese version of its website.

On October 31 that year, a mutual visa exemption agreement came into force, allowing 30-day visa exemption for Chinese and Mauritian citizens. It was extended to 60 days in June 2017. 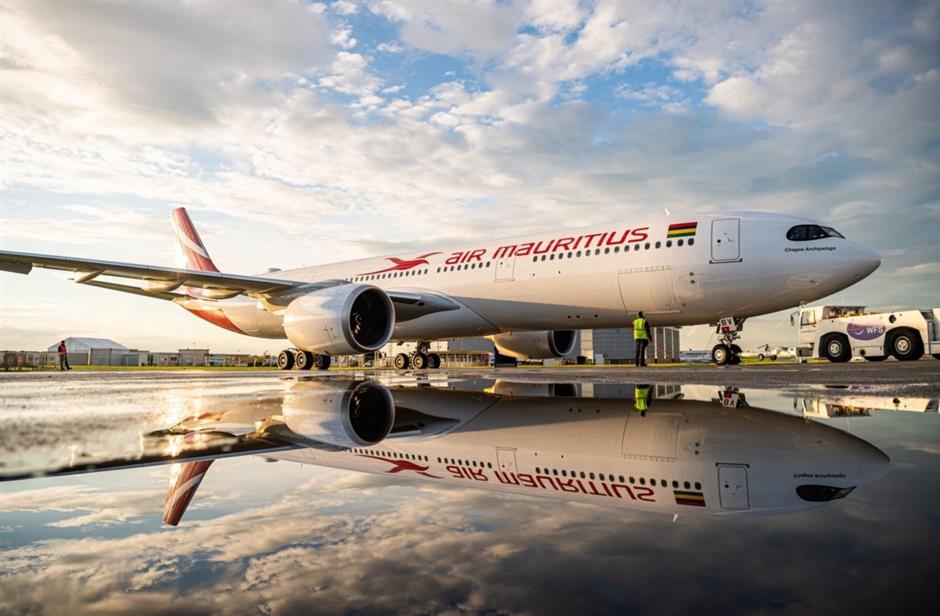 The inaugural flight of Air Mauritius from Mauritius to Shanghai

In August 2019, Shanghai Vice Mayor Zong Ming led a strong delegation to Mauritius. A "Shanghai Salon" exhibition was organized to help local citizens get a good understanding of Shanghai and attract more visitors from Mauritius to Shanghai for sightseeing and business.

Last year, Mauritius participated in the China International Import Expo for the first time. The virtual booth displayed its export products in text, pictures, and videos. The products included jewelry, processed food, fruit products, textiles, tea, rum, brown sugar, and other items. It also delivered a message that as the financial center in Africa, Mauritius warmly welcomed Chinese enterprises to invest in Mauritius.

Seesaghur said he hoped to see a full-fledged Mauritius national pavilion at the CIIE this year. 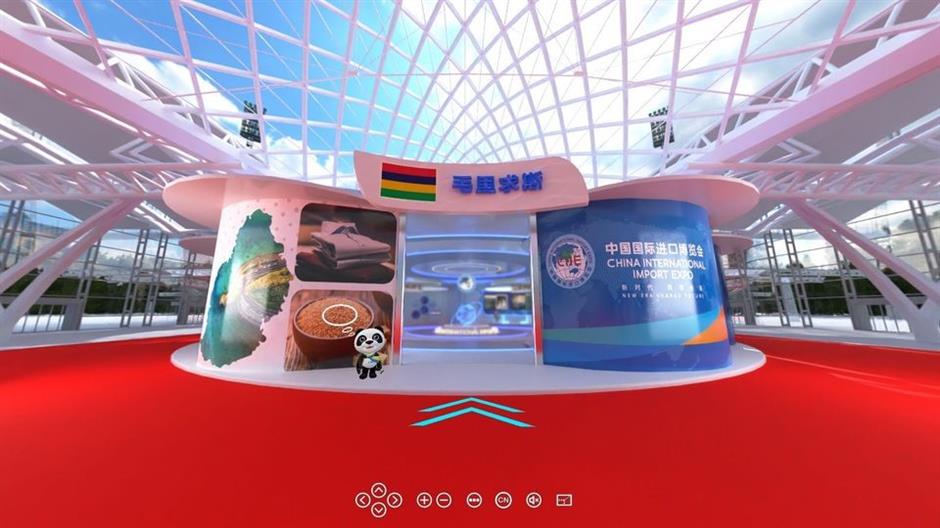 The virtual Mauritius booth at the CIIE 2021

He said Mauritius is committed to promoting Mauritian enterprises in Shanghai and China and creating favorable conditions for Chinese enterprises to invest in Africa via Mauritius.

"Over the past half-century, the two countries have respected, supported, and taken numerous initiatives in economic and trade cooperation, setting a model of win-win economic and trade cooperation in Africa," he said. "Mauritius through its national trade and investment promotion agency, the EDB, is committed to strengthening the already strong friendship between Mauritius and China during the next forthcoming 50 years."