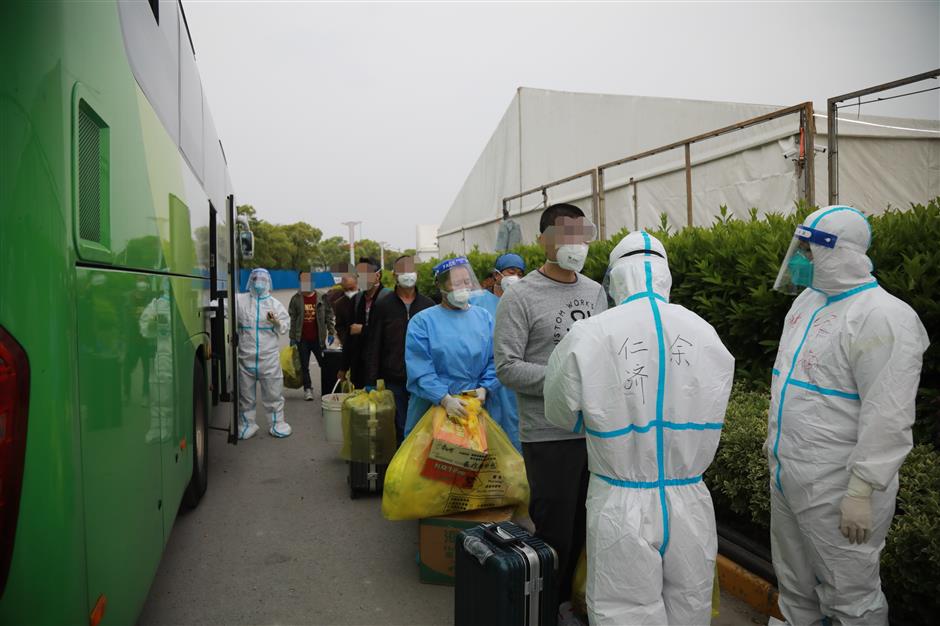 Patients get off the bus and queue up to enter the Shanghai International Circuit makeshift hospital in suburban Jiading District.

The makeshift hospital has been built at the Shanghai International Circuit in suburban Jiading District, which hosts the Formula One Chinese Grand Prix. It has a maximum capacity of 13,600 beds when fully operational.

"If the expo hospital is a totally transformed makeshift facility, this one is a 'built-from-nothing' hospital," Fan Yiling, head of the medical team of Renji Hospital, said, referring to the temporary quarantine facility at the Shanghai New International Expo Center.

"The pipelines, sewage and partitions here are all newly built, which is more in line with the standards of an infectious disease hospital."

To cope with potential problems, such as rainy weather, insects as well as hygiene needs, the hospital is equipped with fans, mosquito killer lamps, insect repellents, umbrellas, disposable raincoats, towels and other supplies as well as movable bathrooms, according to Fan.

On Wednesday, its first day of operation, the hospital admitted 800 patients.

In terms of special needs, the hospital said it will prepare Muslim food for people in need and pay more attention to those who suffer from diabetes.

The hospital has also set up relatively separate male and female zones as well as family zones.

It also plans to create a washing and drying section in the outdoor area, and establish a cultural corner and a book corner on the site.

Also, special disease clinics, a pharmacy, an online hospital and other services, provided by Renji Hospital, will be opened soon. 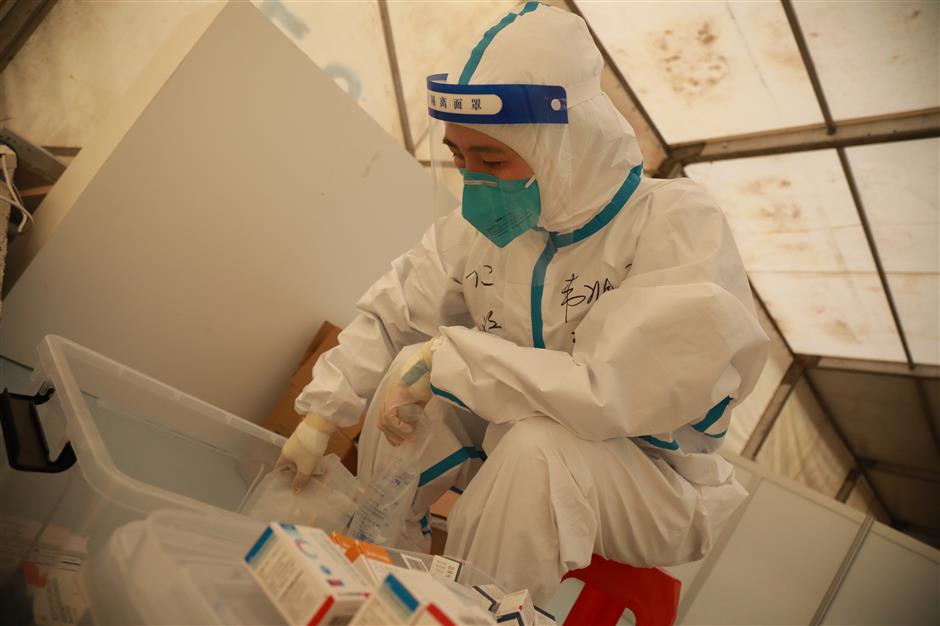 A doctor prepares medicines for patients at the makeshift hospital. 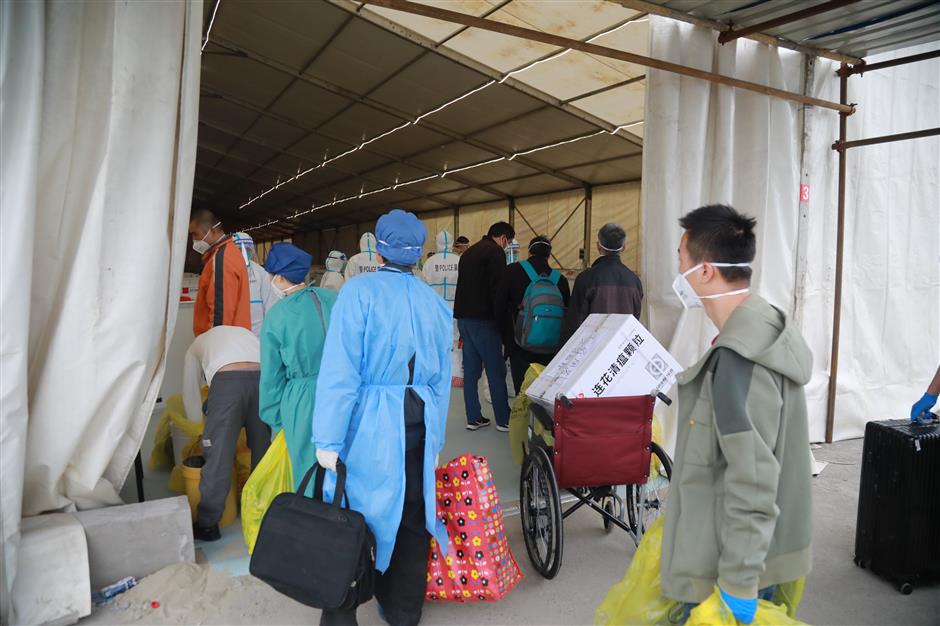 Patients and staff are seen at the tent makeshift hospital.