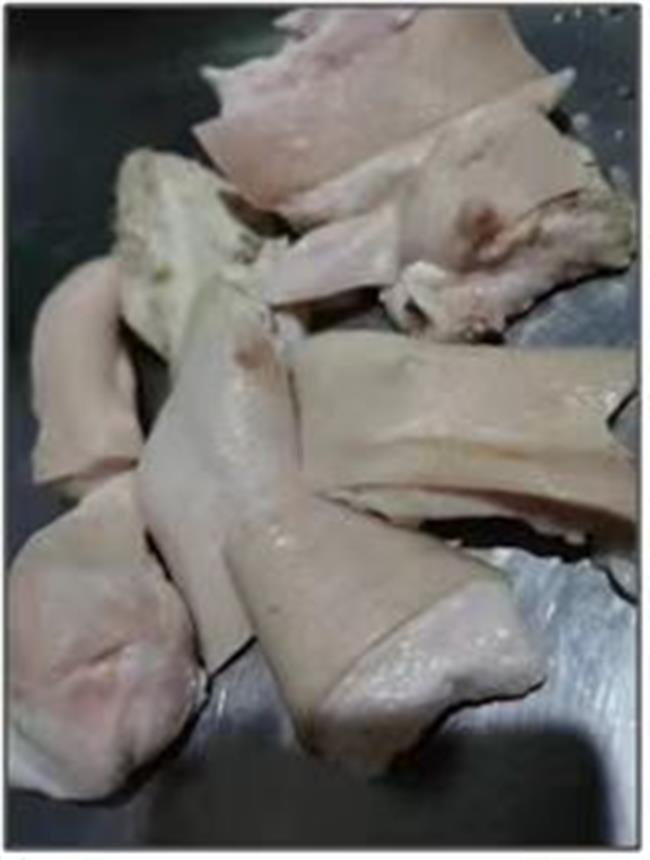 Pork of inferior quality sold to residents in Songjiang District

Some pork packages in the gift packs were found to have fabricated production dates, according to the Shanghai Administration for Market Regulation.

Authorities of Jiangpu Subdistrict procured the batch of sauce-flavored pork ribs from Benlai.com, the Shanghai-based online food platform, and delivered the goods to locked-down residents recently.

The pork ribs were from Shangqiu Xinshengyuan Food Co Ltd in Henan Province. Their packages were found to have two production dates.

The subdistrict authorities tipped off Yangpu District Administration for Market Regulation after detecting the problem, and the latter found the Shanghai supplier failing to check the goods.

Samples of the pork have been sent for laboratory tests, and an investigation is underway.

Shanghai is tightening up the monitoring and inspection of food safety violations to ensure the quality of free gift packs, the city's market regulators announced on Saturday night.

A security guard in Yangpu is under investigation.

The announcement was made following a slew of cases involving substandard and bogus goods in free gift packs being delivered to locked-down residents by subdistrict and town authorities, triggering wide attention from the public.

In a separate case exposed on Sunday night, Shanghai Xinzhi Food Co Ltd was found cashing in on the COVID-19 pandemic and selling pork of inferior quality to residents in Songjiang District.

The company processed pork stored at its warehouse, claiming it was high-end streaky pork. It sold them as gift packages together with vegetables at high prices to residents.

The case has been transferred to police by Songjiang District Administration for Market Regulation.

In another case, a security guard of a residential complex on Pingliang Road in Yangpu is under investigation.

The man was found pretending to be an authorized supplier of food with a fake armband and sign on a vehicle. He procured a large amount of goods.

Through a WeChat buying group of a residential community in the district, he profiteered by increasing prices of goods and resold them.

His illegal profit totaled 20,000 yuan. He allegedly violated China's food safety law for business operation without licenses, according to the Yangpu District Administration for Market Regulation.