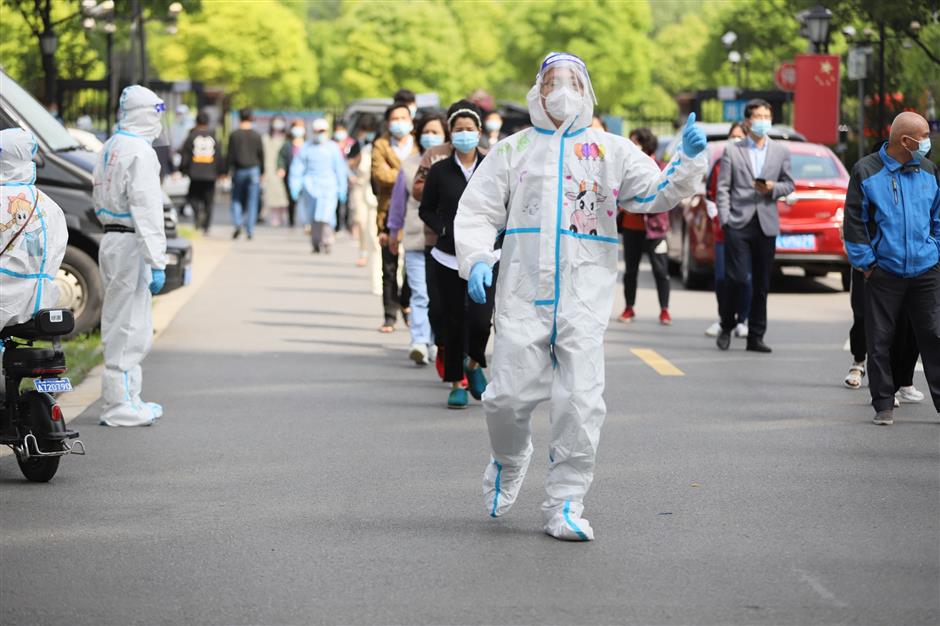 Six Shanghai districts have basically achieved zero community transmission of COVID-19, and as a result residents will be allowed wider freedom.

"The city's pandemic situation is tending to a good prospect steadily and the risk of community transmission has been effectively curbed," Gu told the city's daily coronavirus press briefing.

The standard means less than one positive case is found in every 100,000 residents within the controlled and precautionary areas as well as among those who are out of the closed-loop management for three consecutive days.

If there is no positive case in these areas for three days, the district will be defined as "zero community transmission."

"The city will enter the normalized COVID-19 prevention and control stage after all local districts achieve the primary goal," Gu said.

Five towns in the Pudong New Area – Xuanqiao, Nicheng, Datuan, Wanxiang and Laogang – have also achieved the target of "basically no community transmission." 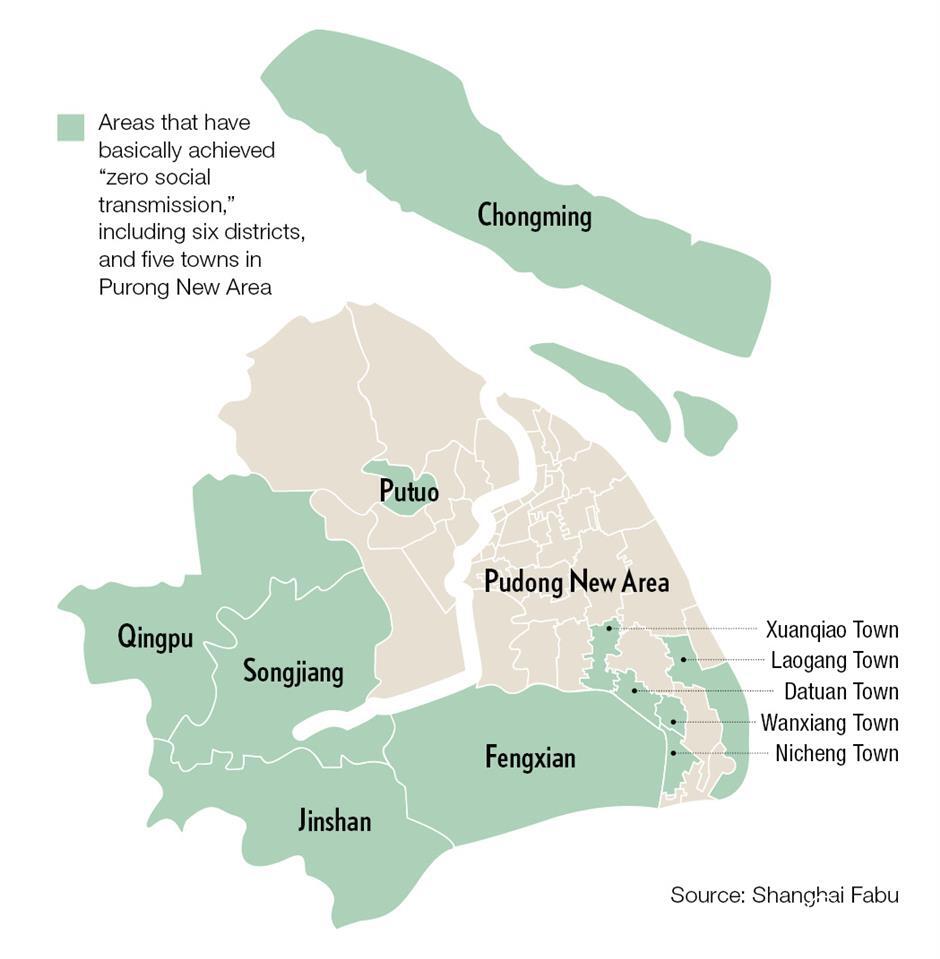 Citizens within the precautionary areas in these districts on the outskirts are allowed to move around within the districts. They can go to reopened supermarkets, drugstores and hospitals. Public transport will be gradually restored, while private cars can also be driven in limited areas, Gu said.

Residents in the precautionary areas in Putuo and the five towns in Pudong are allowed to move or drive around within their subdistricts or towns and go to designated supermarkets and drugstores. 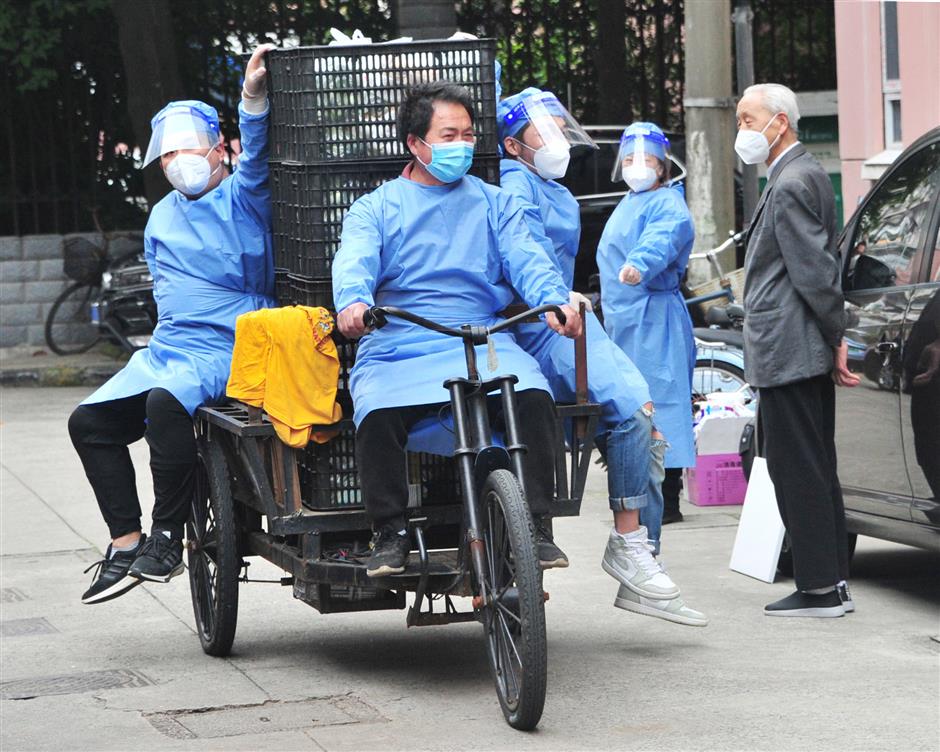 In other downtown districts that have yet to achieve the goal (including Huangpu, Jing'an, Xuhui, Changning, Hongkou, Yangpu, Baoshan and Minhang), residents in the precautionary areas are only allowed to move around within residential compounds.

One member of each household will be allowed to shop at supermarkets or drugstores and with a limited time twice every week.

Suburban Jiading residents can move around within their subdistricts or towns and go to designated supermarkets and drugstores with limits on the number of households and time.

Residents must show their negative reports of either antigen self-testing made within a day or PCR test made within two days along with their health code to enter the markets and stores.

More than 15 million Shanghai citizens are now within the precautionary areas, or the communities, villages, companies or sites without a positive case in the last two weeks.

The number of residents in the locked-down areas have been reduced to some 3 million, while about 6 million citizens are living within the controlled area, according to Gu. 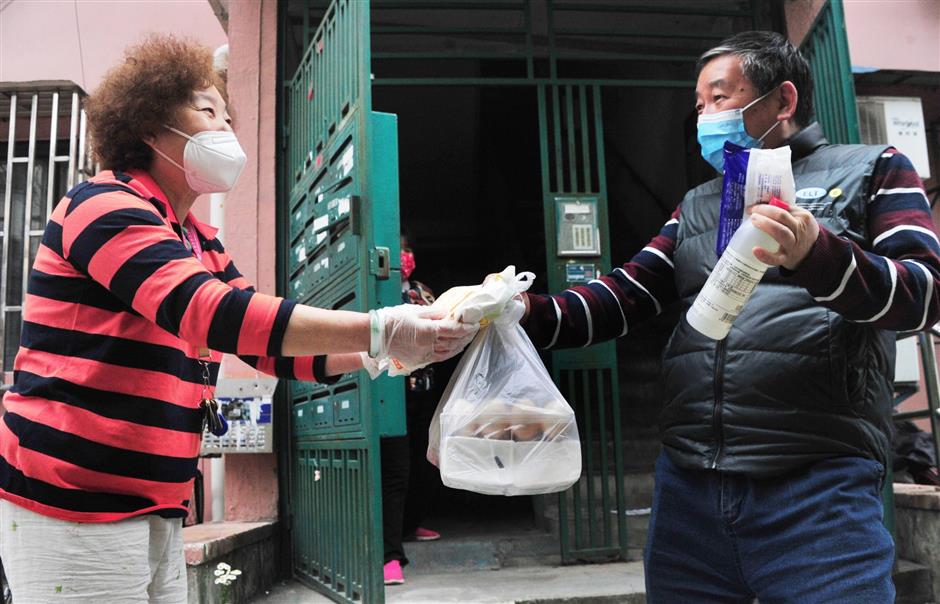 Shanghai's COVID-19 resurgence began trending downwards after the daily infection number reached its peak at 27,605 on April 13. The number has been declining to below 10,000 for four consecutive days.

"We've achieved staged progress, but the fruits remain unstable," Gu noted. "Resurgence might recur and all the efforts might be in vain, if we slack even a bit."

He said the city's daily infections remain at a high level; resurgences are happening in some old neighborhoods, largely companies and construction sites; the quarantine rooms remain in a tight supply, and the tasks remain heavy to rescue patients in critical conditions.

To consolidate the achievements, another round of PCR and antigen testing will be launched through May 7, said Wu Jinglei, director of Shanghai Health Commission. 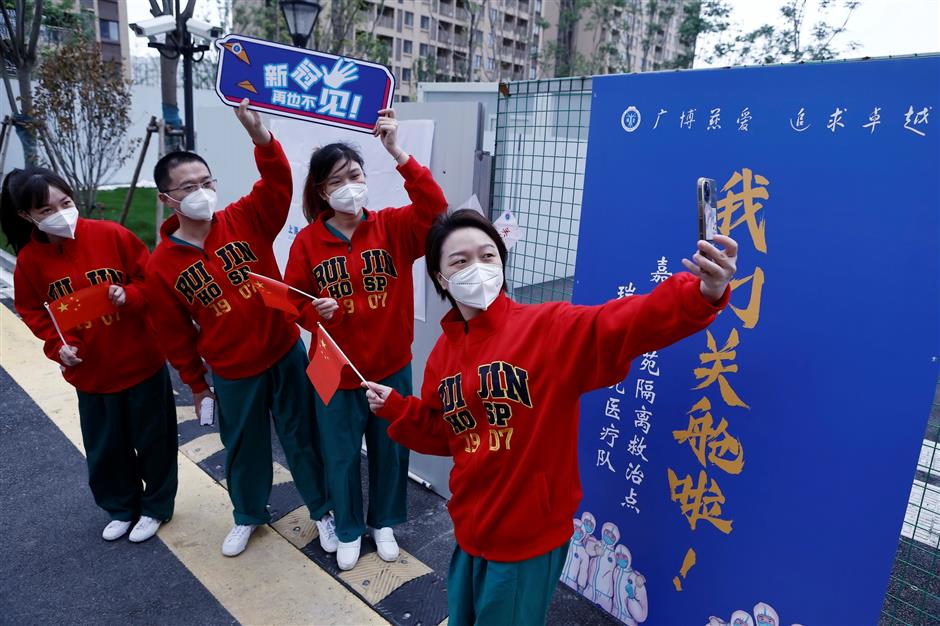 Medics from Ruijin Hospital pose after the Jiahe Xinyuan makeshift hospital is shut.

All Shanghai's COVID-19 infection cases on Saturday were found among those who were already under quarantine or control measures, the second day since the city's pandemic has been trending downwards.

Apart from 683 confirmed patients who were previously asymptomatic infections, all the rest of the 7,189 confirmed and asymptomatic cases were found during "closed-loop quarantine and control" management, said Wu. No case was found during the "screening among high-risk groups."

Wu explained the infections found in the "closed-loop quarantine and control" include those in central quarantine, home quarantine, locked-down areas, key venues where closed-loop management is ensued and among close contacts of confirmed cases.

The "screening among high risk groups" covers people in controlled areas, precautionary areas, those who go to fever clinics themselves and who complete PCR test themselves.

Meanwhile, Shanghai's first city-level makeshift hospital renovated from three apartment buildings in Jiading District closed its door on Saturday after the last batch of 13 COVID-19 patients were discharged after making a full recovery.

The Jiahe Xinyuan makeshift hospital operated by Ruijin Hospital opened on March 24 with 1,900 beds. It has received 3,182 patients aged between 37 days to 83 years during its 38-day operation. 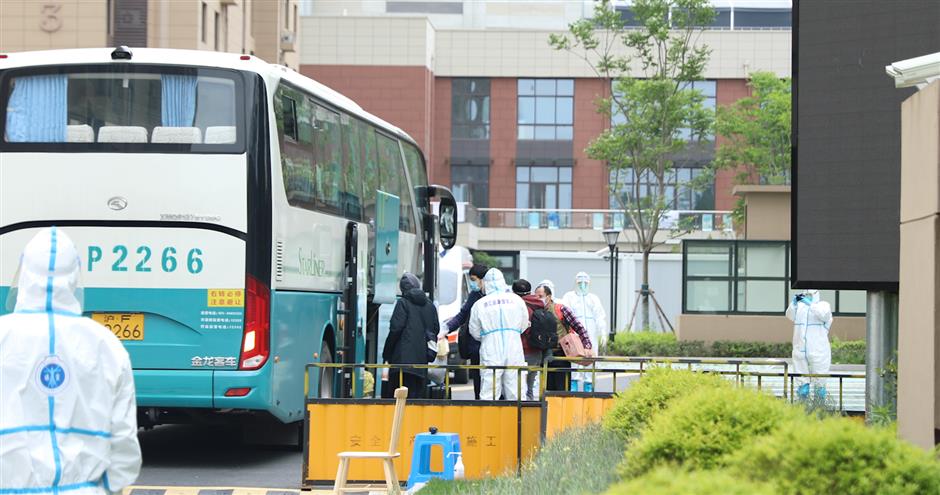 The last group of COVID-19 patients catch a bus to return home from the Jiahe Xinyuan makeshift hospital.