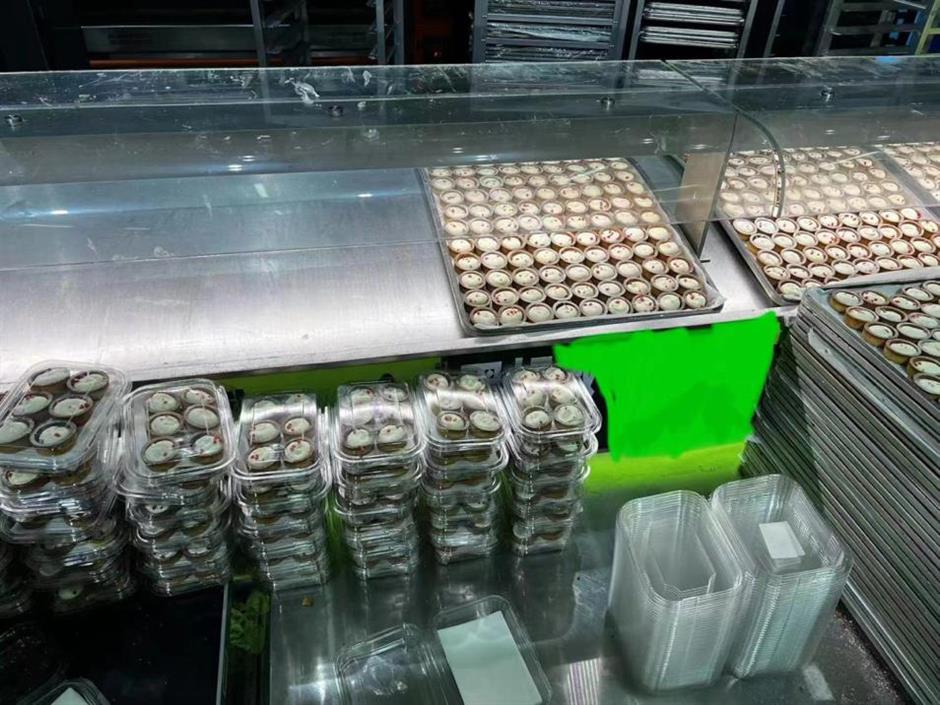 Batches of cookies from Grand Liz with the production date altered.

Guang Lian Shen, or Grand Liz, a pastry chain registered in Shanghai, has become a hit and is known as a super wanghong (Internet celebrity) brand in the catering industry.

Officials visited the store for an inspection on April 26 and found the production date of cookies was marked as April 27. The expiry date was set at 11pm, April 28.

Employees at the shop said the cookies should be refrigerated as a milk dessert and had a short expiry date, according to officials.

Wary about slow delivery due to COVID-19 resurgence and complaints about expiry when consumers received the cookies, they changed the production date by one day as the cookies were actually made on April 26, according to officials.

The cookies were scheduled to hit the shelves on April 27.

The pastry store has been ordered to rectify and is under investigation, according to the administration.