Christophe Babule, CFO of L'Oréal Group, has an online meeting with Zhuang Mudi, the Party secretary of Fengxian, on Sunday.

Tens of billions of yuan in investment deals were signed between several multinational enterprises and Shanghai's Fengxian District on Sunday during the first cloud investment meeting amid the city's COVID-19 resurgence.

The deals entail 33 investment projects worth more than 20 billion yuan (US$3 billion), including the first investment company in China from cosmetics giant L'Oréal, which will be based in the core area of Oriental Beauty Valley in Fengxian.

"The conference is emblematic of Fengxian's economic restoration and will accelerate the resumption of work in the city after the COVID-19 resurgence is brought under control," Shanghai Mayor Gong Zheng said in a video speech at the meeting.

Gong said the city's pandemic prevention and control has seen incremental progress in the wake of an arduous fight against the virus' resurgence over the past two months. Fengxian, along with several other local districts, has essentially achieved the zero community-transmission goal and life is gradually returning to normal.

The mayor said Fengxian is expected to leverage the advantages of its Lingang New Area, and as one of Shanghai's five "new cities" will focus on the pharmaceutical and cosmetics sectors and continue promoting the Oriental Beauty Valley brand.

The Shanghai Meicifang Investment Co, supported by L'Oréal's innovative venture capital fund BOLD (Business Opportunities for L'Oréal Development) will accelerate the cosmetics industry's scientific innovation and contribute to the development of Shanghai and China's cosmetics sectors, according to the newly founded firm. 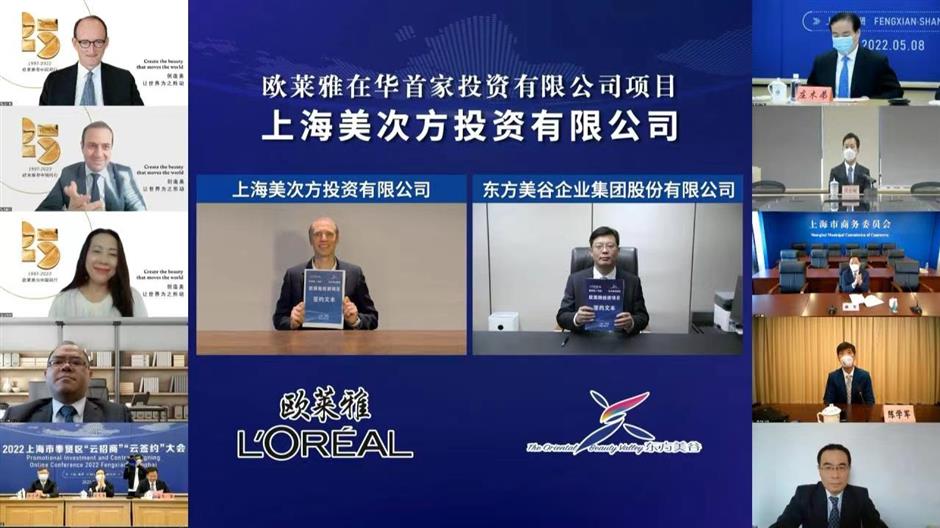 The new investment projects extend beyond just cosmetics to the food, biomedical, intelligent manufacturing and financial sectors. They include Amcor PLC's medical packing project, as well as Renhe Yikang's headquarters, research and development center and an accessories production base for new energy vehicle's battery management system.

Meanwhile, a dozen companies have been titled the partners of Oriental Beauty Valley to jointly develop the nation's largest cosmetics and healthcare industrial hub.

More than 700 cosmetics companies, a fourth of the city's total, are based in the beauty valley, which aims to be on par with France's Cosmetic Valley in Eure-et-Loir and Loiret and Japan's Saito Life Science Park in Osaka.

Around 3,000 cosmetics firms, including leading brands such as Jala, Pechoin, Chicmax and Marie Dalgar, have opened manufacturing centers or marketing headquarters in the valley since it opened five years ago, according to the Fengxian government.

Zhuang Mudi, Party secretary of Fengxian, said the district will expedite the construction of the "World's Cosmetics Capital" and assemble a group of digital firms, digital industries and talent to become a demonstration zone for Shanghai's digital industry.

"A city of the future is rapidly rising in southern Shanghai," Zhuang said. 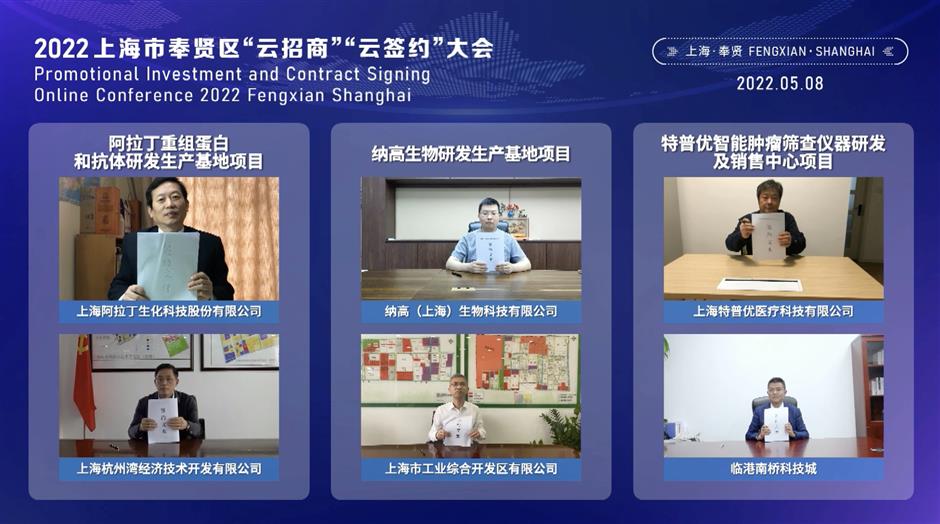 More than 30 investment projects were signed in Fengxian District on Sunday.