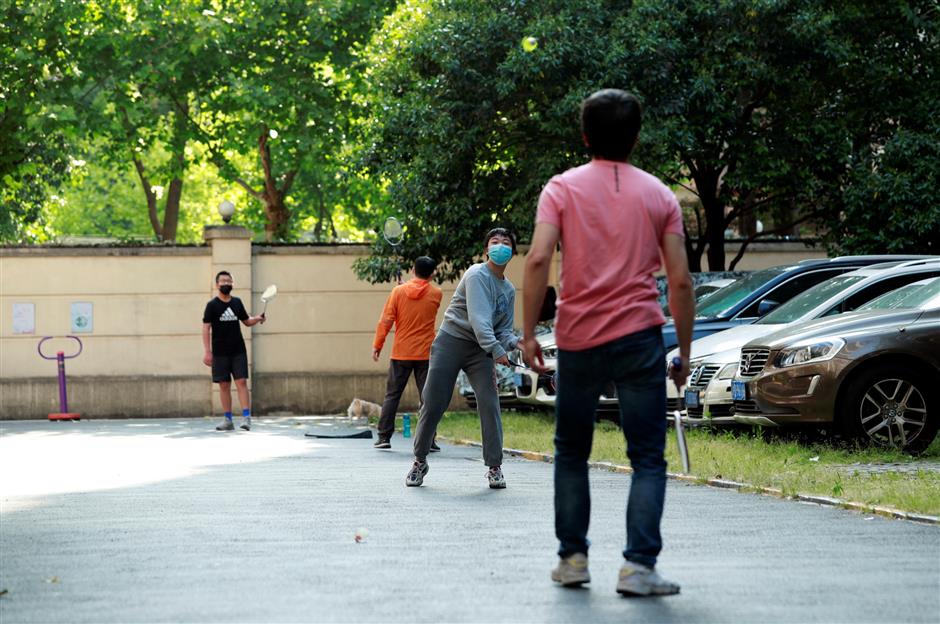 Residents play badminton in a local community in Shanghai.

The city government is seeking to further optimize the definition of COVID-19 close contacts with scientific judgement while avoiding "simplistic sweeping measures," according to the Shanghai Health Commission.

The daily COVID-19 prevention meeting of the city government on Sunday called for more efforts to be put into epidemiological surveys and source tracking to find the origin of risks and cut community transmission.

Meanwhile, appeals from residents must be heard patiently and their difficulties must be solved with all-out efforts, Zhao Dandan, deputy director of the commission, insisted.

Shanghai has launched strict COVID-19 prevention and control measures to clear social transmission as soon as possible. The city government has stressed the importance of scientifically defining close contacts during the epidemiological investigation.

During a visit to an old residential neighborhood in Yangpu District on Sunday, Shanghai Party Secretary Li Qiang called for conducting "regulated and detailed" epidemiological surveys on positive cases and define their close and secondary contacts scientifically and carefully.

"We must react to public opinion in time and explain the COVID-19 prevention policies clearly," Li stressed.

Since the city's COVID-19 resurgence in early March, a total of 797,242 close contacts of positive cases have been tracked and put under central quarantine for further testing, according to Zhao.

Local authorities have also been improving medical services and supply of daily necessities to residents amid the strict coronavirus prevention and control measures. 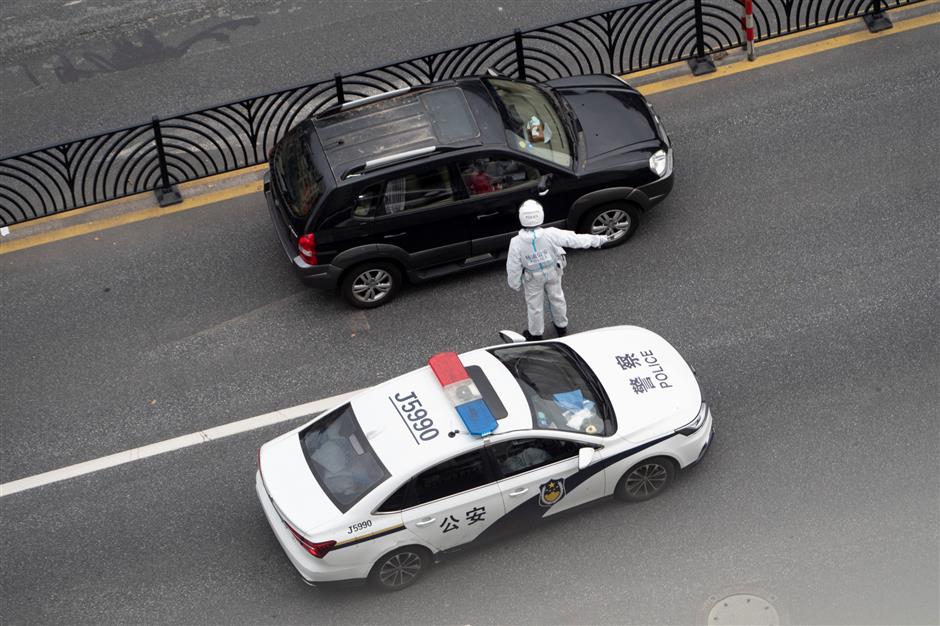 A police officer checks the pass and PCR report of a driver on a city street.

Volunteers can go to pick up the medicines for residents under lockdown or other COVID-19 control measures.

Additionally, online prescription services have been available on the city's health cloud app Jiankangyun since April 12.

More than 600 doctors and pharmacists from public hospitals have issued 135,000 prescriptions and served 400,000-plus patients. Around 8,000 medicines are being delivered to patients every day, with over 2,600 drugstores having resumed operations as of Sunday.

Shanghai has also received a total of 18,915 tons of daily supplies from other provinces and cities during the COVID-19 resurgence, including vegetables, fruits, meat, rice, instant food and mineral water, said Luo Zhisong, chief economic engineer of the city's commerce commission.

These supplies have been delivered to residents under long period of lockdown, vulnerable groups and front line anti-COVID-19 workers, Luo added.

Meanwhile, Shanghai's daily infection numbers declined to a total of 3,947 on Sunday. The city reported 11 more COVID-19 deaths with the casualties having an average age of 78.9 years. All had severe underlying conditions, and only two of them had been vaccinated.

Of COVID-19 patients in local designated and makeshift hospitals, 415 have severe symptoms and 80 are in critical condition.

According to the results of the PCR plus antigen screening, a total of almost 17.37 million local residents, or about 70 percent of Shanghai's total population, are in precautionary areas – communities, villages and businesses without a positive case in the last two weeks.

The number of residents in locked-down areas has declined to 2.3 million, while 3.62 million people are in controlled areas, Zhao noted. 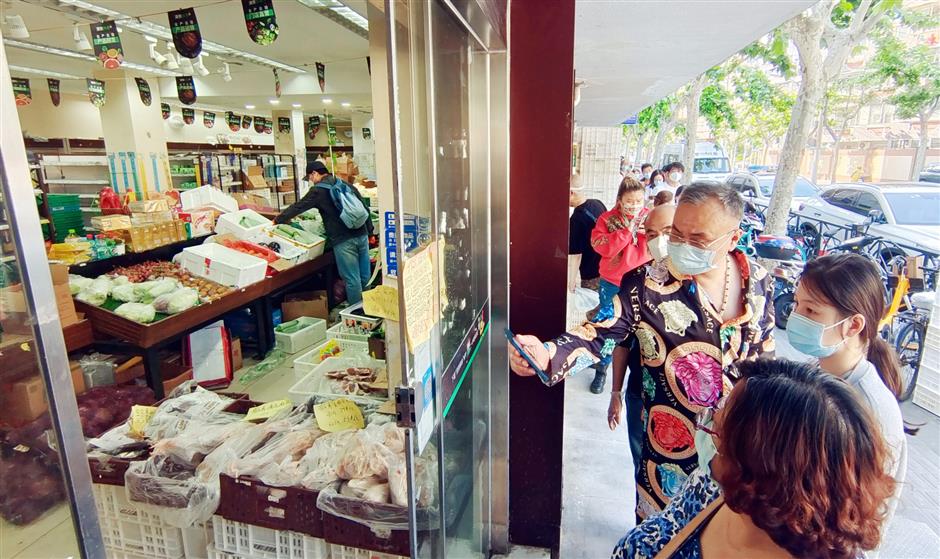 Residents in precautionary areas scan a "site code" before shopping at a reopened grocery store.