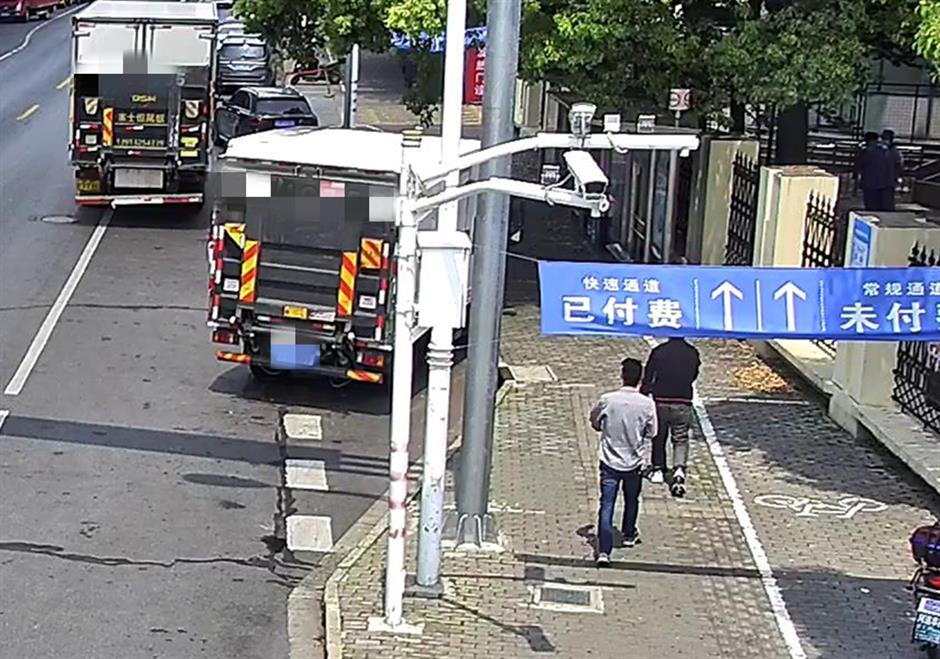 The two suspects were caught on street surveillance cameras leaving their compound without approval.

Two men from a local farm produce dealership have been under investigation for breaking lockdown rules and causing the spread of COVID-19, Shanghai police said on Tuesday.

The two – a man surnamed Ding who is the director of the company which operates from suburban Qingpu District and a man surnamed Liu, a company employee – are both 38 years old.

The company was put under lockdown in early April, but during the time, the two left their industrial compound without approval several times to sell vegetables in suburban Jiading and Baoshan districts, police said.

They allegedly delivered the vegetables to people in a private car using a forged pandemic pass.

Both fell ill on April 20, but instead of reporting to the management of the compound, they went to the Qingpu Branch of Zhongshan Hospital for a polymerase chain reaction (PCR) test for COVID-19 on their own, police said.

They tested positive there and were hospitalized early next morning.

Later, seven of the 30 people from their compound also tested positive, which is being attributed to the duo's irresponsible behavior.

Ding was discharged from hospital on Monday while Liu is still in quarantine, according to police.

The two could face the criminal charge of impeding the prevention and control of infectious disease, police said.