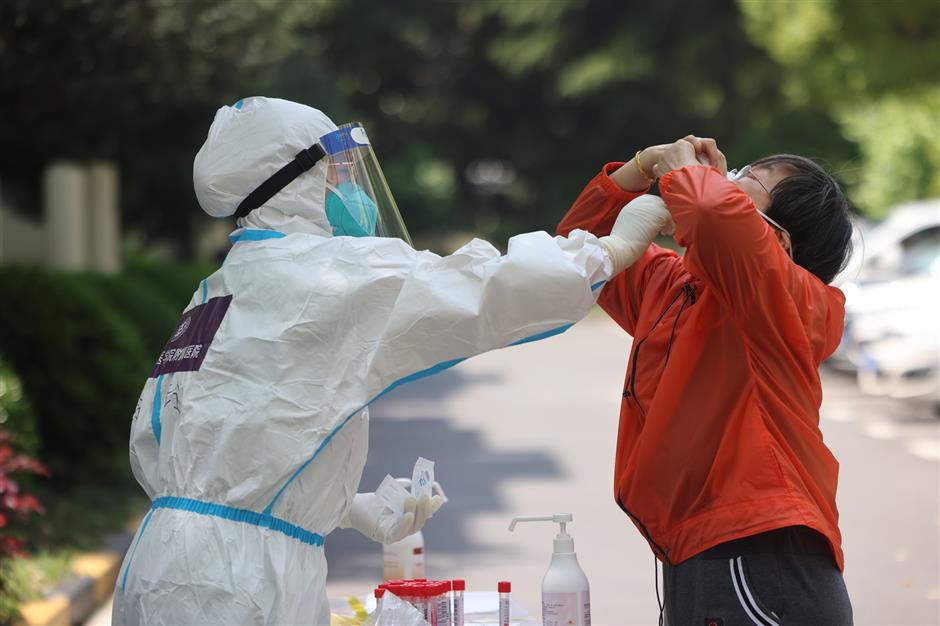 A resident takes a PCR test in a local community.

Only those in old residential compounds who live on the same floor as a positive COVID-19 case and share a kitchen or bathroom with that person will be considered close contacts and put under central quarantine, according to the Shanghai Center for Disease Control and Prevention.

Only people who live with a positive case in apartments with private kitchens and bathroom will be defined as close contacts, according to Sun Xiaodong, deputy director of the city's CDC.

Those living on the same floor or on the floors immediately above or below a positive case will be considered secondary contacts, who can quarantine in their homes if conditions allow, Sun said at the city's daily COVID-19 resurgence press conference on Tuesday.

"Those are the principles for defining close and secondary contacts, and a comprehensive assessment will be made according to on-site investigations and risk evaluations," Sun said, adding that no "simplistic sweeping measures" should be implemented.

He made the remarks while answering a question about whether entire residential buildings will be put under central quarantine if a positive case is detected.

Sun said close contacts of COVID-19 cases are defined as people who have had unprotected close contact with confirmed, asymptomatic or suspected cases within four days before the cases start to show symptoms or have a positive PCR test, or those who have been exposed to a potentially contaminated environment.

According to the stipulation, close contacts will be centrally quarantined for two weeks and given seven nucleic acid tests during that time. Another week of home quarantine and health observation will follow central quarantine.

Secondary contacts, or contacts of close contacts, are those who live, study or work with close contacts. They must undergo a week of home quarantine and another week of health observation if they have fixed accommodations in the city and live alone or separately with family members. 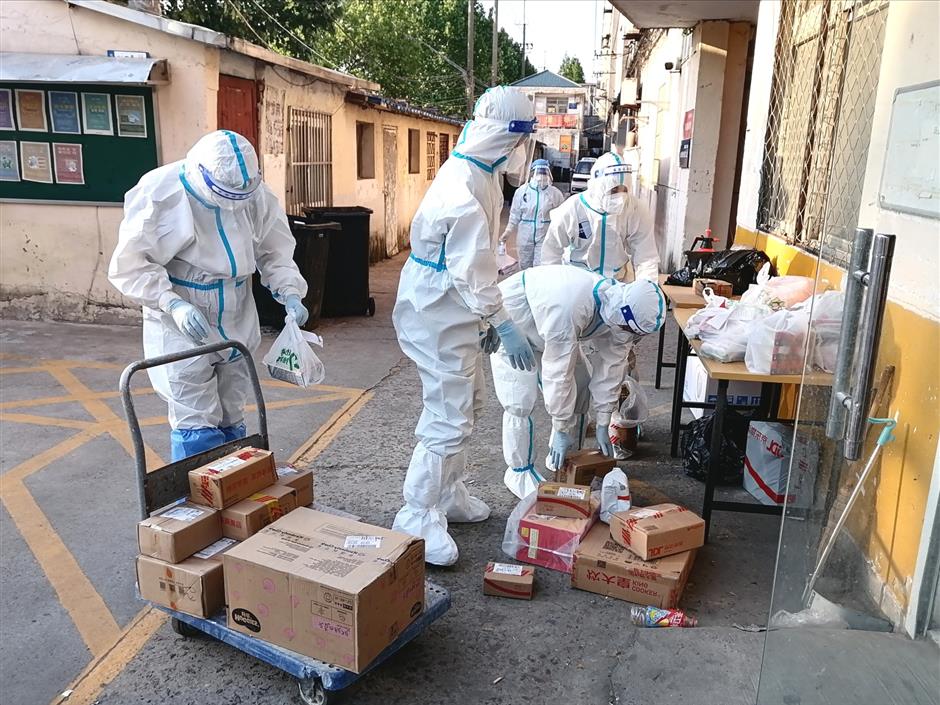 Quarantine staff in hazmat suits serve residents in a building where a positive case was detected.

Epidemiological investigators will make comprehensive assessments based on national and local guidelines, along with suggestions from the national team of COVID-19 experts, investigation results and big data analysis, Sun said.

These old neighborhoods and urban villages have the highest density of inhabitants and poor living and hygienic conditions. Most residents in these areas share kitchens and/or bathrooms, Sun said.

He said old neighborhoods and urban villages will become the focus of the "point removal campaign" in the next phase of the battle against the virus' resurgence, with more regular screenings and environmental disinfection to reduce risks.

More frequent PCR testing will be carried out in precautionary areas, as well as communities, villages and businesses that haven't had a positive case in the prior two weeks, said Zhao Dandan, deputy director of the Shanghai Health Commission.

Some people who were able to move around in precautionary areas have recently tested positive for the virus, according to an epidemiological investigation, Zhao said.

Those in precautionary areas will take at least two PCR tests between May 8 and 14.

The commission has launched an investigation into third-party PCR testing institutes in the wake of complaints about incorrect PCR results administered by such institutes, said Zhao. 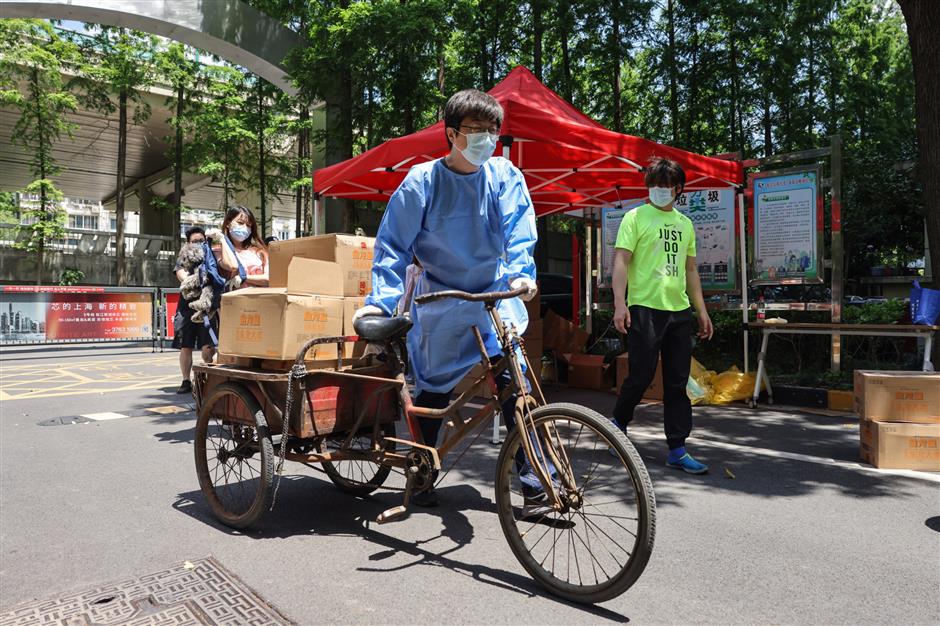 A community volunteer delivers daily supplies to residents in a local community.