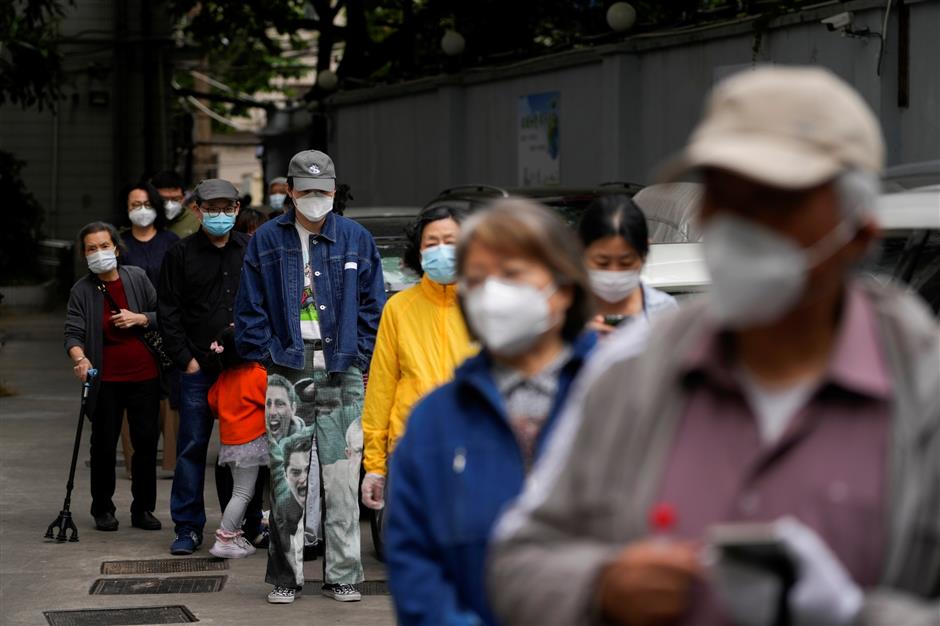 Residents line up for COVID-19 nucleic acid testing at a community in Shanghai.

Eight Shanghai districts have basically achieved zero community transmission of COVID-19 under the city's effective prevention and control efforts, according to the municipal health commission.

Xuhui was the latest to reach the standard of "basically zero community transmission," becoming the second downtown district after Putuo to achieve the primary goal in Shanghai's fight against the COVID-19 pandemic.

"Despite the steady progress in coronavirus prevention work, the risk of resurgence still exists," warned Zhao Dandan, deputy director of the commission.

Apart from Xuhui and Putuo, the suburban districts of Fengxian, Jinshan, Chongming, Qingpu, Jiading and Songjiang plus several subdistricts and towns in the Pudong New Area have reached the standard of "basically zero community transmission," he said.

Among them, Jinshan and Fengxian reported zero infection on Tuesday. Chongming Island reported no confirmed case, but eight asymptomatic infections.

Shanghai's daily infection number dropped by more than half to 1,487 on Tuesday, all found among people already under lockdown or quarantine measures.

"The city's resurgence has been trending towards good prospect more steadily with the risk of community transmission and infection spread effectively contained," according to Wu Huanyu, deputy director of the Shanghai Center for Disease Control and Prevention.

He also noted the possibility of resurgence, insisting that there should be no slackening. 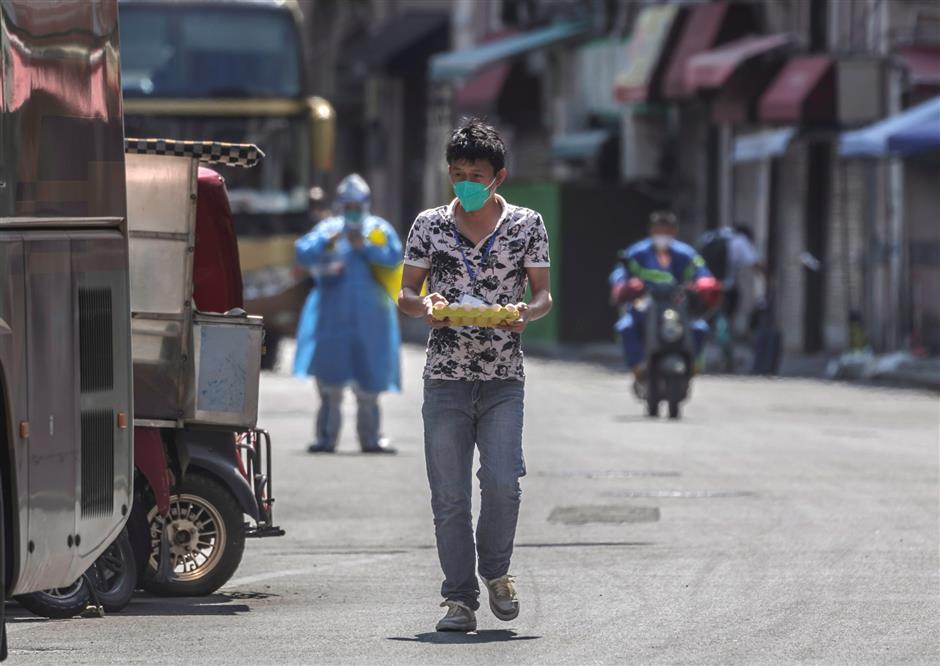 A resident in a precautionary area in Shanghai buys a pack of eggs.

Wu said the dominant subvariants of the city's resurgence remain the Omicron BA.2 and BA.2.2, according to the gene sequencing of locally transmitted infections since March 1.

The standard of "basically zero community transmission" means less than one positive case is found in every 100,000 residents within the controlled and precautionary areas as well as among those who are out of closed-loop management for three consecutive days.

If there is no positive case in these areas for three days, the district will be defined as having achieved "zero community transmission."

Residents within precautionary areas in these suburban districts are allowed to move around within their district. They can go to reopened supermarkets, drugstores and hospitals. Public transport will be gradually restored, while private cars can also be driven in limited areas.

Residents in precautionary areas in Xuhui, Putuo and the subdistricts and towns in Pudong are allowed to move or drive around within their subdistricts or towns and go to designated supermarkets and drugstores.

In other downtown districts that have yet to achieve the goal, namely Huangpu, Jing'an, Changning, Hongkou, Yangpu, Baoshan and Minhang, residents in precautionary areas are allowed to move around within residential compounds. One member of each household will be allowed to shop at supermarkets or drugstores in a limited time twice a week.

District governments can step up prevention and control stipulations for precautionary areas according to their pandemic situation.

A total of 17.97 million Shanghai residents, or about 72 percent of the total, are now within precautionary areas, which are communities, villages, companies or sites without a positive case in the past two weeks.

The number of residents in locked-down areas has been reduced to some 2.08 million, while about 3.24 million citizens are living within controlled areas, according to Zhao. 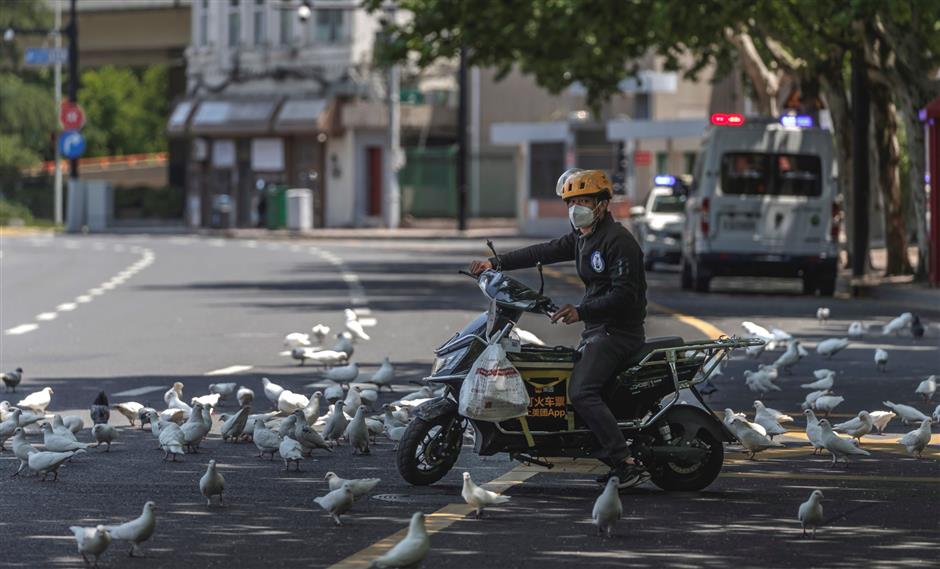 A delivery staff is surrounded by a swarm of pigeons on a downtown Shanghai street.