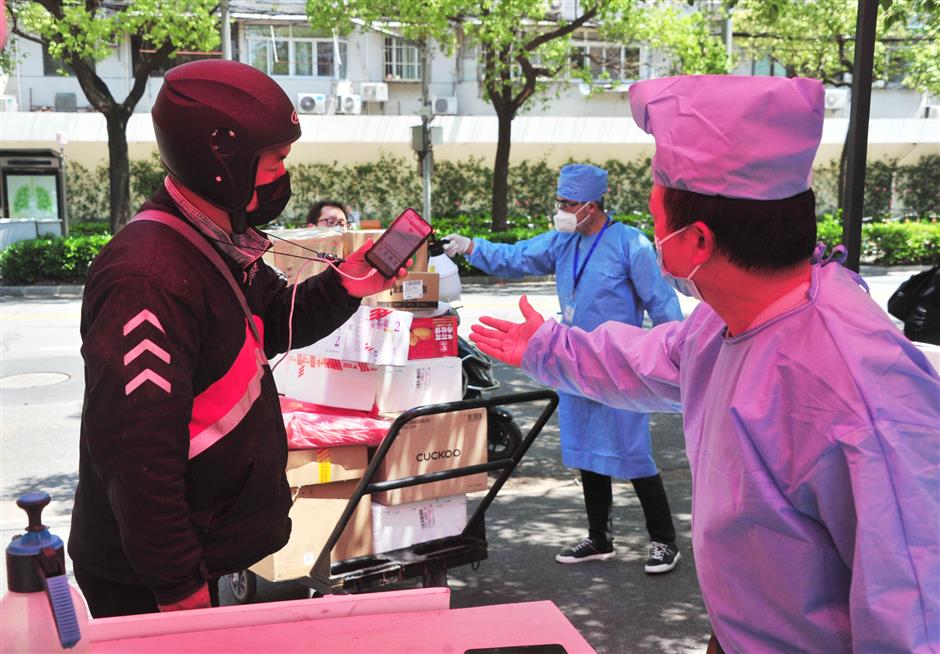 The capacity of Shanghai's postal and courier services has been restored to one-sixth of the normal standard as the city's COVID-19 surge continues to improve.

More than a million parcels are being delivered every day as most courier firms have been authorized to resume operations, according to the Shanghai Postal Administration.

"However, some consumers might still be frustrated since there are still some bottlenecks and difficulties," said Yu Hongwei, the postal administration's deputy director.

Yu said some courier services are delivering anti-COVID-19 supplies, urgently needed medicines and daily necessities. Others are primarily serving companies that have resumed operations and government bodies that cannot yet serve individual residents.

The local government released a "white list" of the first group of 21 postal and courier firms that can resume operations to meet surging public demand for pandemic-prevention supplies, medicines and daily necessities – including EMS, SF, YTO, JD, FedEx, UPS and DHL.

Sixteen companies on the white list have reopened their distribution centers, while the other five will reopen soon, said Yu.

More than 10,000 vehicle passes and 15,000 electronic passes for delivery staff have been issued. The second round of white lists for postal and courier firms will be released soon.

To ensure no infected staff continue working, their electronic passes are valid only with negative PCR and antigen tests as well as a green health code.

Electronic passes for delivery vehicles and drivers are under strict supervision to ensure the vehicles aren't used for other purposes. 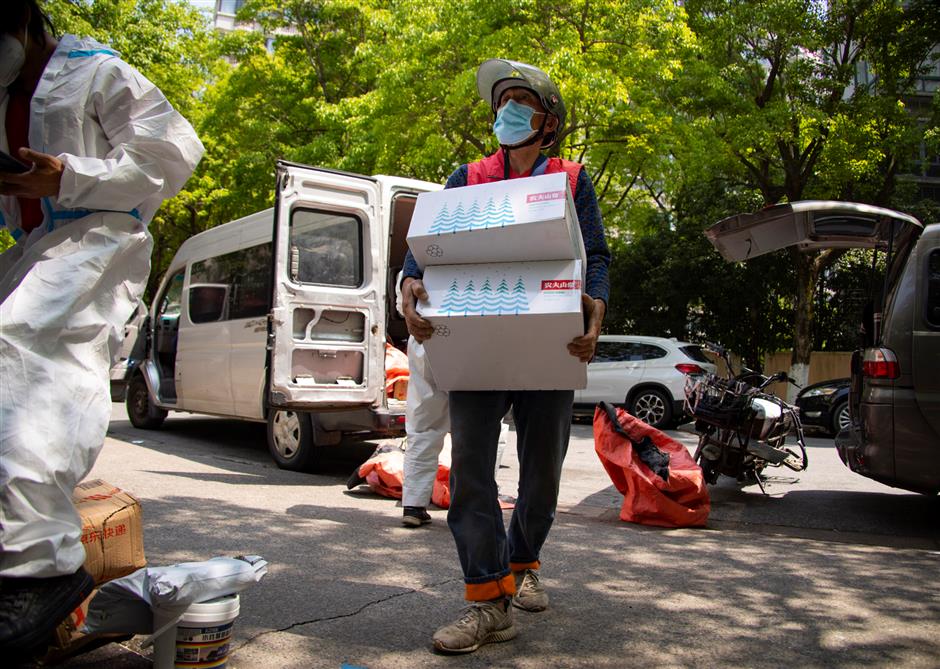 A deliveryman carries parcels in a Pudong community.

All domestic parcels are disinfected three times at distribution centers, business outlets and prior to being delivered.

Parcels sent from Shanghai to other Chinese cities will be marked with disinfection labels and must wait for a day before being shipped.

Imported parcels are also thoroughly disinfected and wait for one day based on their content before being delivered.

People should check where their parcels came from, wear masks while receiving deliveries and wash their hands after opening them, Yu said.

Shanghai's daily infection tally dropped by 2.6 percent to 1,449 on Wednesday. Most were people still under lockdown or quarantine measures. Only two were detected in precautionary areas.

Despite the declining daily infection rate, there is still a risk of another resurgence, especially in old neighborhood communities and urban villages, said Zhao Dandan, deputy director of the Shanghai Health Commission.

Almost 18.3 million local residents, about 73 percent of the city's population, are in precautionary areas, which are communities, villages, companies and sites without a positive case in the past two weeks.

The number of residents in locked-down areas is slightly less than 2 million, while about 3 million are in controlled areas, according to Zhao.

The city reported five more COVID-19 deaths on Wednesday, with an average age of just over 89. All had severe underlying conditions, which are their death cause, and none were vaccinated.

Of COVID-19 patients in local designated and makeshift hospitals, 349 have severe symptoms and 61 are in critical condition. 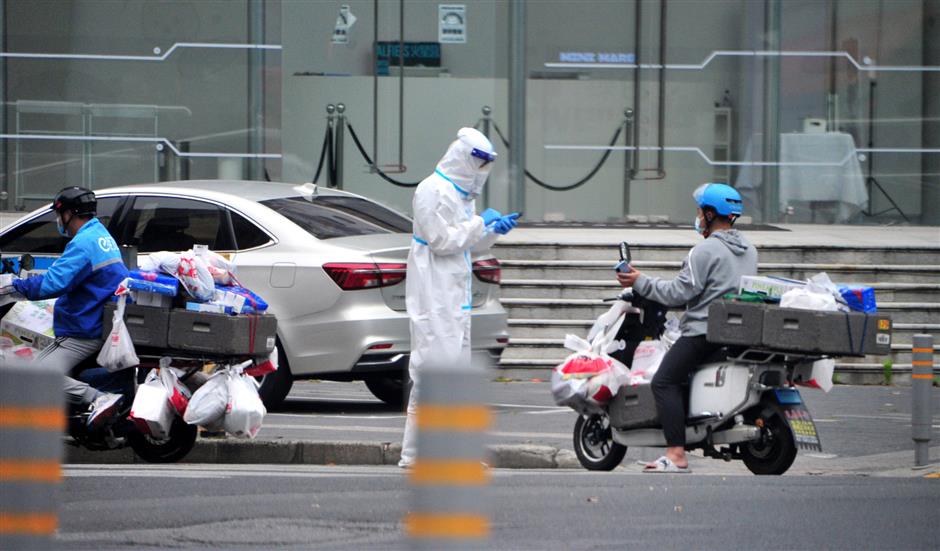