A baby boy born at 24 weeks pregnancy has been discharged from the Shanghai International Peace Maternity and Child Health Hospital.

The baby was only 700 grams in weight and 27 centimeters, the size of an adult's palm, when born.

He is the youngest premature baby the hospital has saved.

The woman went to the hospital for emergency treatment on January 18 with symptoms of premature delivery.

She was pregnant with a pair of twins through in vitro fertilization. They were precious to the middle-aged couple.

"When doctors told us that the babies at such a young age can hardly survive, we were so depressed and sad," said the mother, surnamed Cao.

However, doctors said they would try their best.

The woman delivered two boys through natural birth. The younger brother had no signs of life upon delivery while the elderly bother was in better condition. However, he was a super premature baby with extreme low birth weight, breath failure and poor development of organs.

"Such a baby's tissues and organs are extremely premature and is likely to suffer complications and face challenges of respiration, infection and nutrition," said Dr Tang Zheng, director of the hospital's neonatology department.

"It is the first time that we received such a premature baby with so many risks, especially in the early stage of delivery."

The baby suffered bleeding in the lungs on the fourth day and was in a critical condition. The medical team conducted emergency treatment to stabilize his condition.

The baby's condition was finally stabilized and his weight grew steadily under the care and nursing of medics.

He was finally discharged 109 days after delivery at 2,565 grams in weight and 47 centimeters in length, doctors said.

During the long-time treatment, medics kept in close contact with the parents.

The mother was invited to the hospital to make physical contact with her boy. It was the first time that she had seen her son after delivery, bringing her strong confidence and great joy.

"We had made the worse preparation at first," Cao said.

"The hospital updated me about my baby each day and we were given the hope that he will survive. One day, medics told us that he had got through the most critical condition and he was expected to be fine.

"I called my husband and each family member to share the good news."

Cao's husband, a community health professional, has been working in the front line of the anti-pandemic campaign since March.

The hospital said some newborn babies are stranded at the facility, as their parents are reported positive to COVID-19 or locked down. Medics take care of the babies and report their condition to parents every day.

The hospital said it had delivered more than 80,000 babies in the past five years. About 91 percent of babies with extreme low birth weight are saved, in line with international standards. 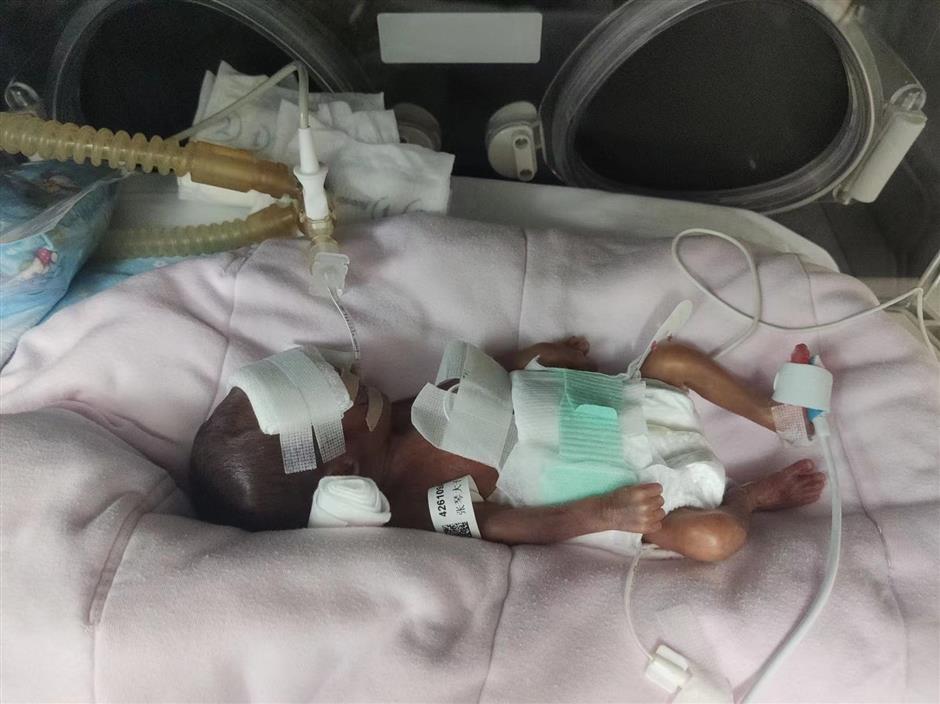 The newborn baby at only 700 grams and 27 centimeters. 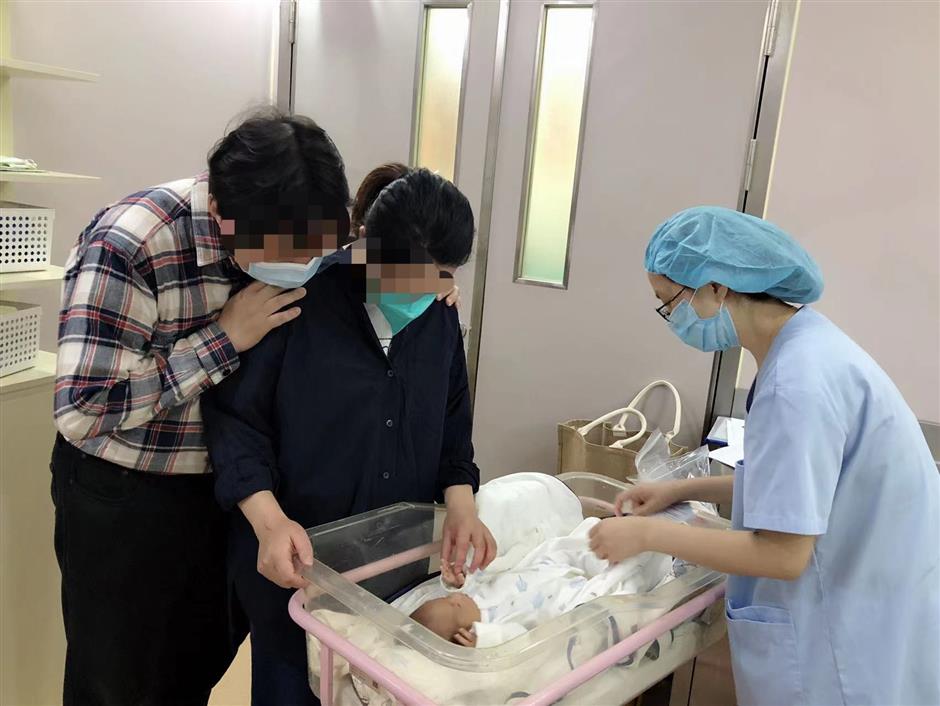 The parents get to touch their baby.