Life back on track in Shanghai from June 1 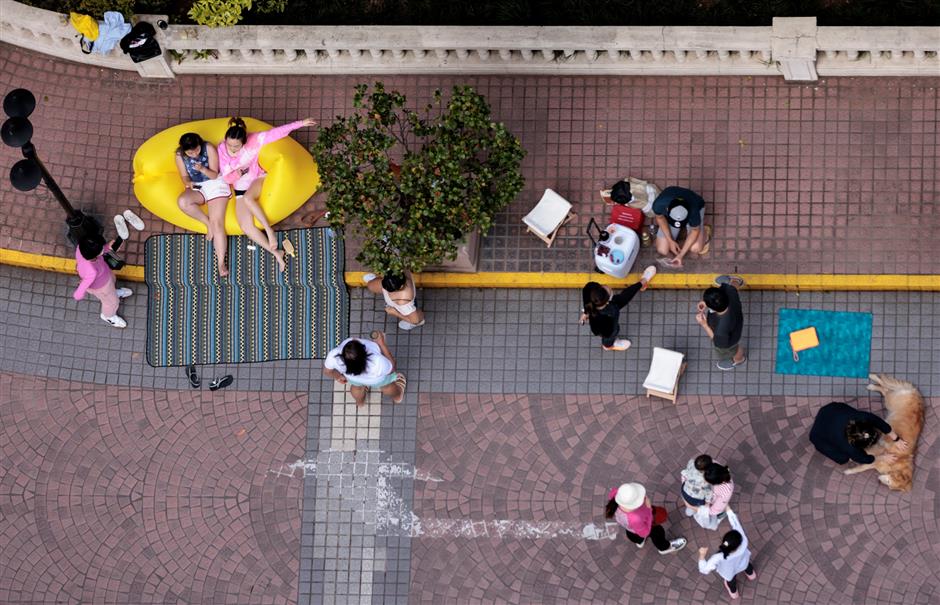 Citizens out and about within a residential compound in a precautionary area in Shanghai.

Life and business will return to normal in Shanghai between June 1 and mid-to-late next month as the COVID-19 pandemic has been effectively controlled, Shanghai Vice Mayor Zong Ming announced on Monday.

"The city's pandemic has been put under effective control, though the risk of a resurgence still exists," Zong told the city's daily coronavirus press briefing.

Fifteen of the city's 16 districts have achieved zero community transmission, while the population within the locked-down areas has dropped to under a million.

Daily infections have also fallen below 1,000 and there has been no community transmission across the city for two consecutive days, said Zong.

Under the city's three-phase opening-up plan, from now to May 21 precautionary areas will open in an orderly manner with limited movement and effective control. The city will keep "low social movement" during this period to prevent a resurgence.

From May 22 to the end of the month, the locked-down and controlled areas will be further reduced and eventually eliminated to accelerate the shift to normality from June. 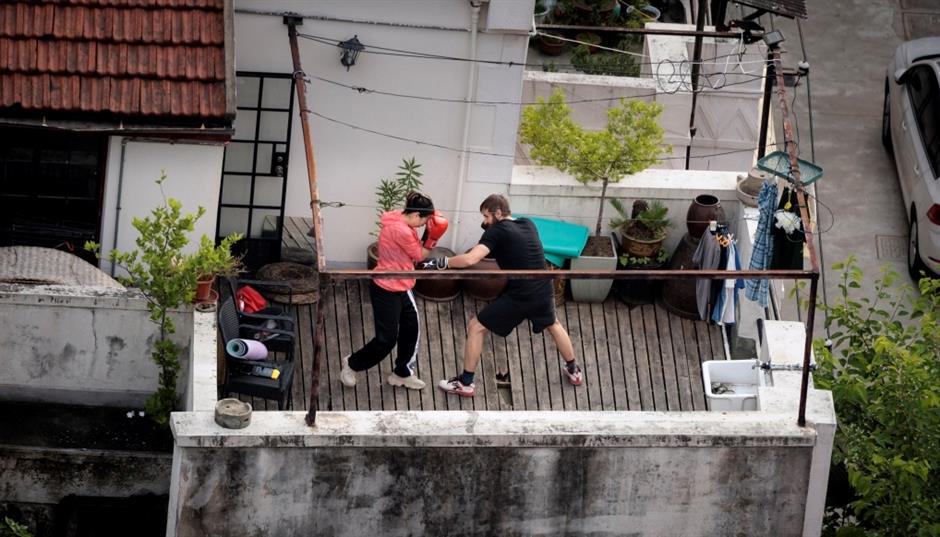 Residents confined to their home practice boxing on the balcony.

From Monday, taxis and private cars will be allowed on the roads in outlying districts that have already achieved zero community transmission, such as Jinshan and Fengxian as well as some towns in Pudong. In downtown areas such as Xuhui and Huangpu as well as outlying districts of Minhang and Baoshan and some subdistrcts in Pudong, an e-pass is required for vehicles to hit the road; taxis can be booked for emergency needs including going to hospital. Online hailing service will be managed as private cars.

From May 22, buses and subways will under certain conditions resume operations gradually. Passengers must have a negative PCR report from within the past 48 hours.

Domestic flights will also be restored. The limit on load factors will be adjusted for flights operated by both domestic and overseas airlines.

Chefs line up for PCR tests as restaurants gradually reopen.

The number of local daily infections declined about 30 percent to 938 on Sunday, with zero community infections for the second consecutive day.

Close to 19 million local residents, 76 percent of the city's total population, are in precautionary areas, which are communities, villages, companies and sites without a positive case in the past two weeks.

The number of residents in locked-down areas is slightly less than 1 million, while over 3 million are in controlled areas.

Wu Jinglei, director of the Shanghai Health Commission, said the shrinking population in locked-down areas shows the city's antigen-plus-PCR screening and other prevention measures are effective.

The city reported four more COVID-19 deaths on Sunday with an average age of 86.5. All had severe underlying conditions and only one was vaccinated.

Of COVID-19 patients in local designated and makeshift hospitals, 261 have severe symptoms and 65 are in critical condition. 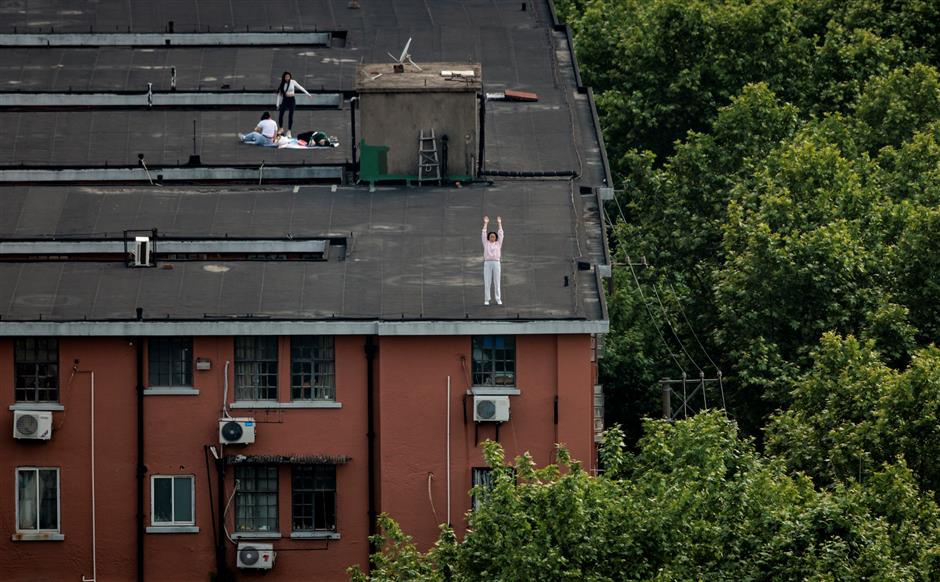 Residents exercise or sunbathe on the rooftop of a residential community.