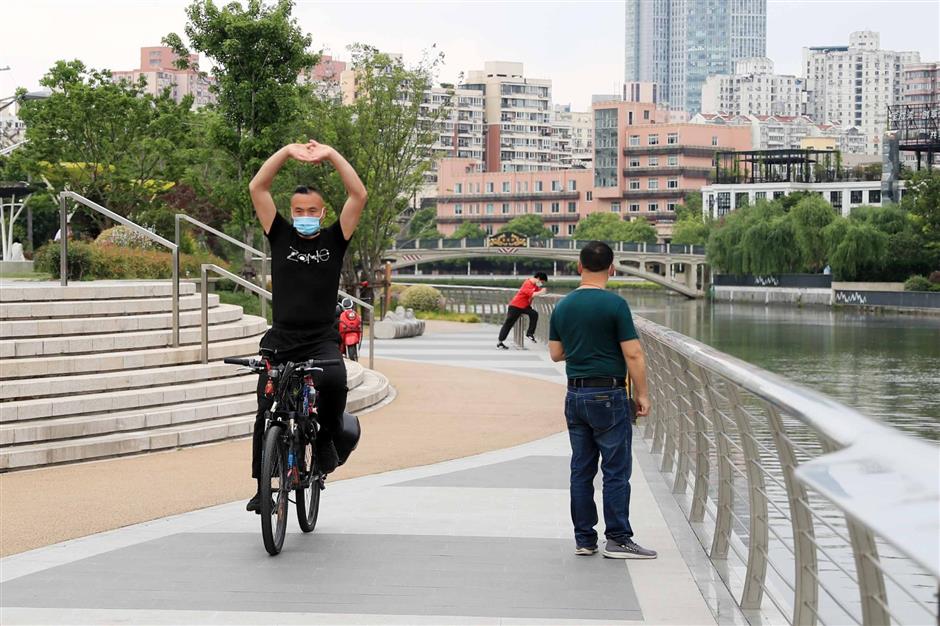 Citizens in precautionary areas work out along Suzhou Creek in Putuo District.

The new cases, a middle-aged couple and their 21-year-old son, tested abnormal during a regular nucleic acid screening in Ze'an Village, Xujing Town, in the outskirts Qingpu District, a precautionary area. All of them had received three shots of COVID-19 vaccines.

Ze'an Village has been elevated to a medium-risk area, Shanghai Health Commission said.

"The city is still facing great pressure to reduce the number of new infections and prevent resurgence," said Zhao Dandan, deputy director of the commission.

He said if any new case was detected in the precautionary areas, the places will be rated as medium- or high-risk and subject to tougher prevention and control measures to prevent further spread.

The management measures for the city's locked-down, controlled and precautionary areas remain unchanged. 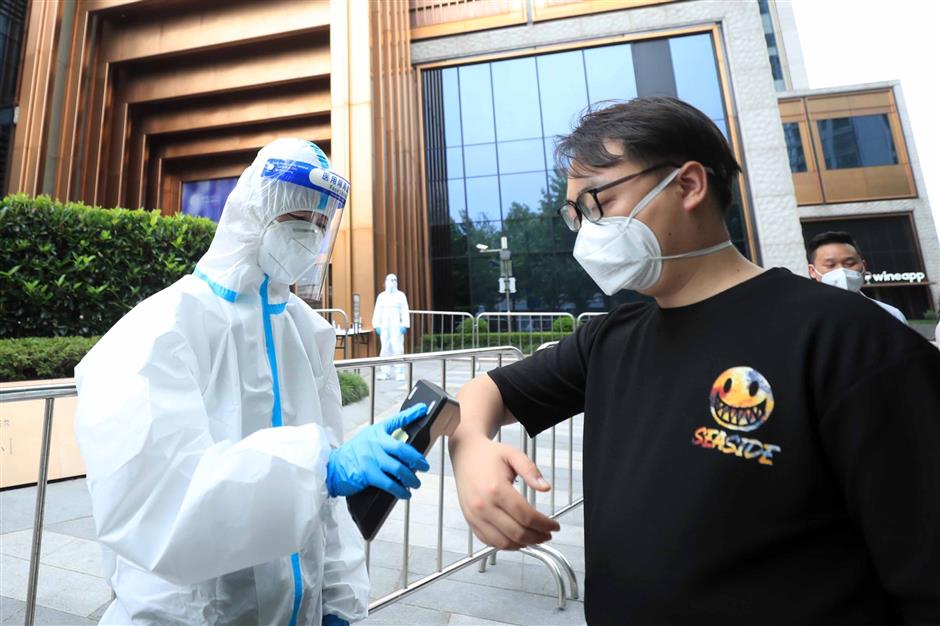 A citizen receives a temperature check before entering a shopping mall.

Shanghai had reported zero community infection across the city since Sunday. The city government has thus announced its three-step plan to bring life and business back to normal between June 1 and mid-to-late next month.

The number of local infections rebounded by about 20 percent to 858 on Thursday, with the three new community infections.

According to epidemiological investigation, the family had not left the town in the last two weeks. They had visited a restaurant, two shopping complexes and supermarkets, all of which have been quarantined and disinfected.

Eighteen close contacts of the three community cases have been put under quarantine and tested negative during the first round of PCR testing. Another 20 secondary contacts and 933 risk groups have also tested negative.

Among the 130 environmental samples, only one collected at the family's home tested positive.

After the new infections were detected, a total of 228,588 residents in the town underwent PCR screening and all tested negative, said Zhang Yan, deputy director of Qingpu.

The village community which has been put under lockdown comprises 53 houses built by the farmers. A total of 898 people in 537 households living in the village are required to stay at home.

Zhang promised to guarantee the supply of daily necessities and medical services to the residents. 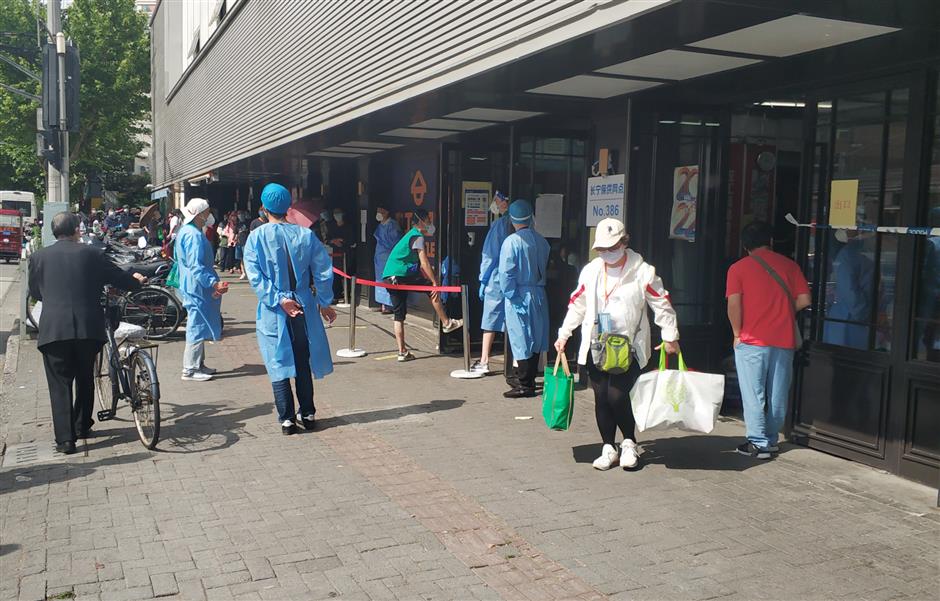 Customers wait outside to gain access to a community supermarket.