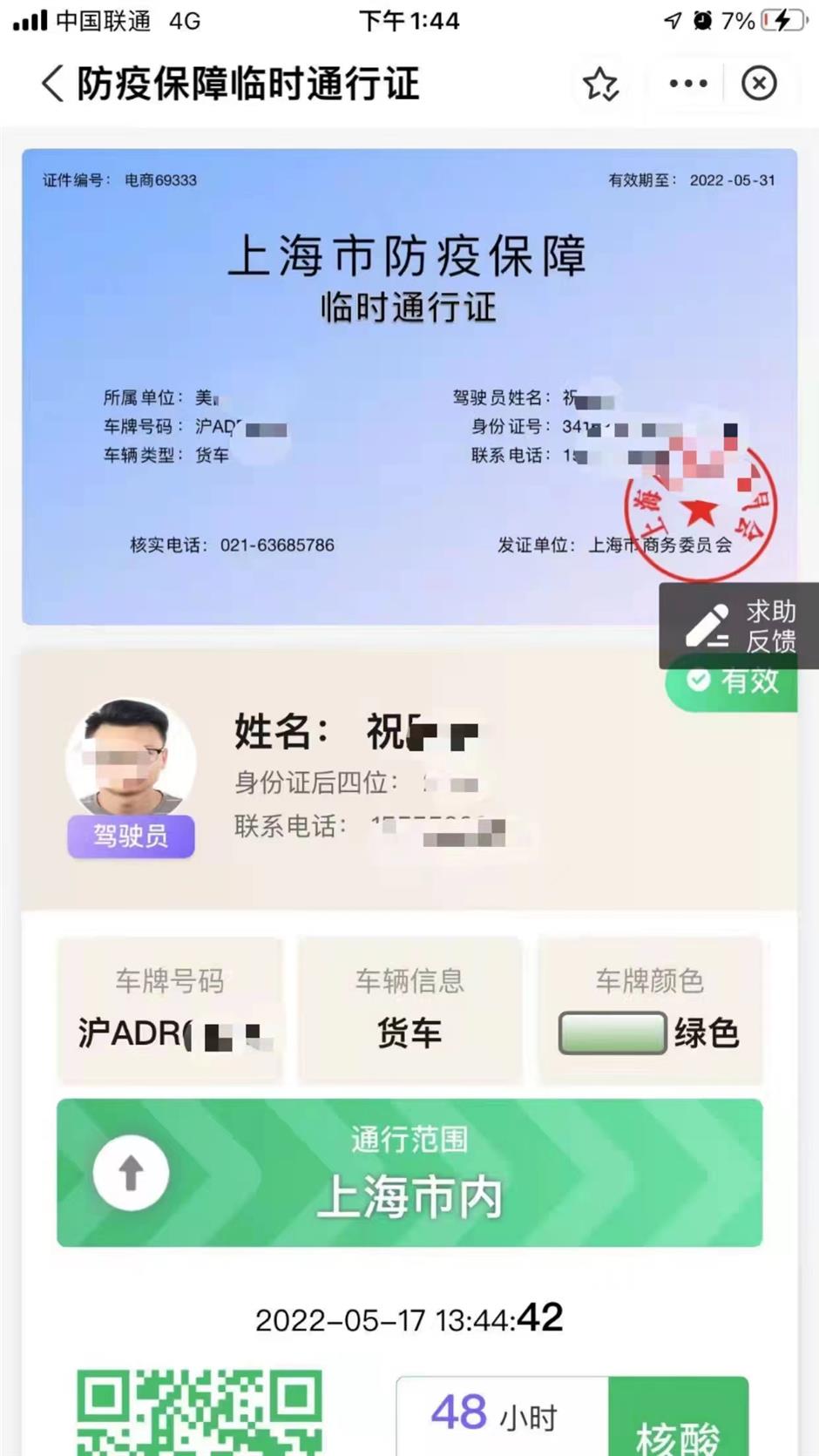 One of the pandemic passes being sold in this case

Hongkou District police began its investigation last week after receiving a tip that someone was selling pandemic vehicle passes for as much as 4,000 yuan (US$600) each on the Internet.

The Police found Zhang got the passes from a manager of a food delivery company surnamed Fu.

Fu was in charge of applying for the passes for his company's vehicle fleet, which is eligible for such passes. He contacted Zhang about two weeks ago and sold the passes for 400 yuan each, police said.

Zhang and the other suspects then increased the price of the passes and sold them to 37 people for a total of 100,000 yuan.

The suspects could face the criminal charge of selling official documents.