A smooth start for a city that's coming back 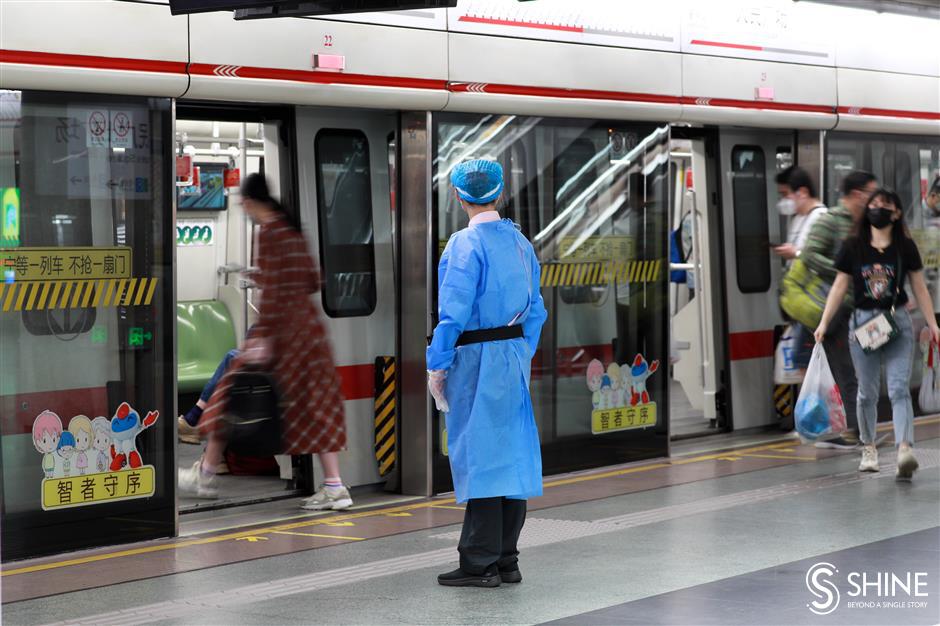 Passengers go on and off a Metro Line 1 train at People's Square Station on Wednesday morning.

Shanghai eased into the first morning after the full restoration of city's traffic on Wednesday.

Shanghai's Metro network transported 913,000 passengers as of 11am on Wednesday, nearly half fewer than that before the COVID-19 lockdown.

Metro Line 9 became the most popular line, handling some 96,000 passengers on Wednesday morning, followed by Lines 1, 8, 2 and 11, according to Shanghai Shentong Metro, the operator. 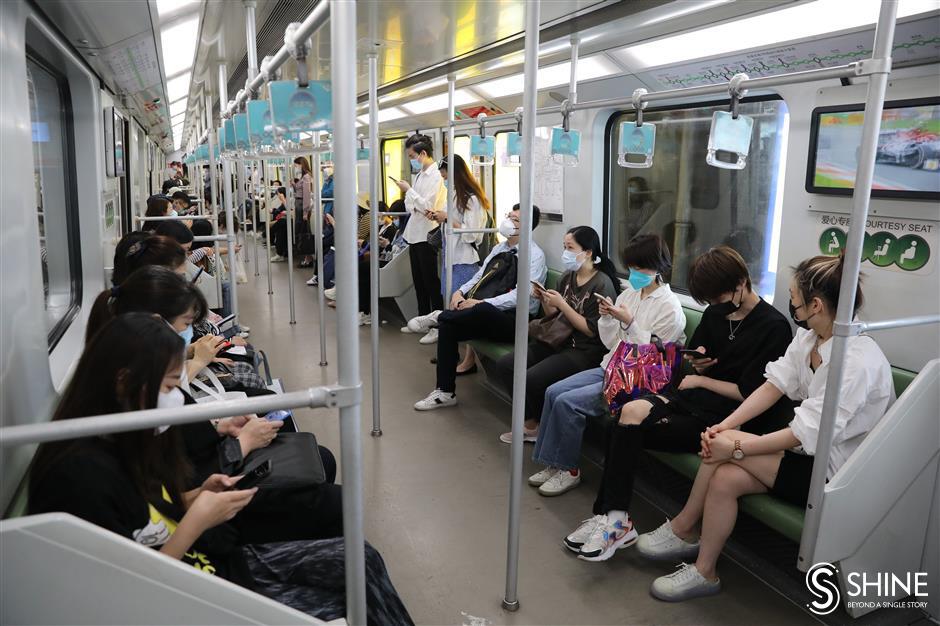 Passengers in a Metro Line 2 train on Wednesday morning

At Nanxiang Station on Metro Line 11, Joshua Liu, a man who works in a bank in Lujiazui of the Pudong New Area, told Shanghai Daily that only 50 percent of staff in his office will be back to office on Wednesday.

Also, some other Metro commuters said they took a train to the office later than usual because their company allowed them to show up at work later in the morning.

At 43 entrances to Metro stations around the city, passengers are told to scan the venue code and show the green health code to staff outside the stations instead of inside. Police said the purpose is to reduce potential crowds within the stations which are less spacious than others, but it could be subject to changes later. 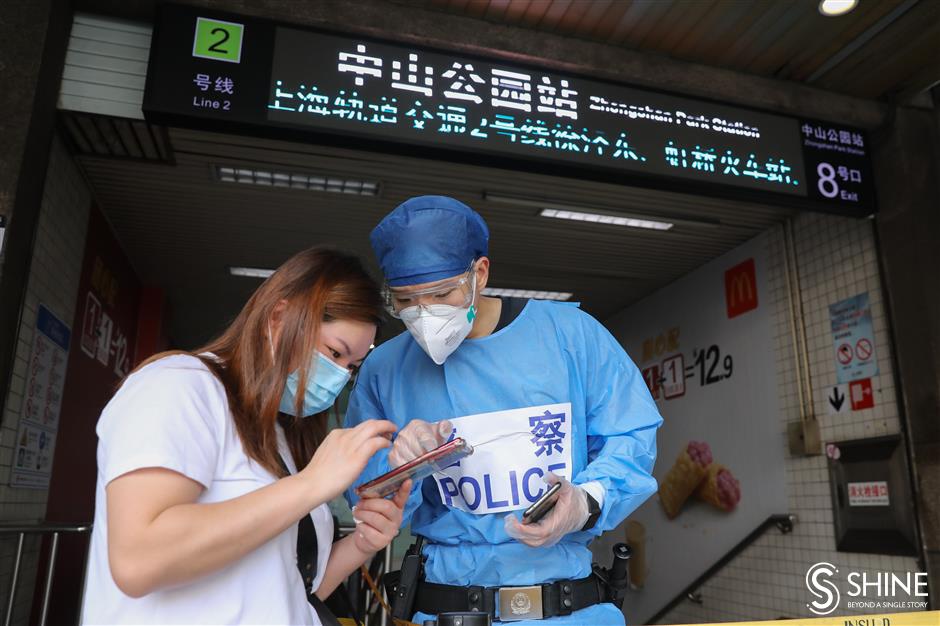 A police officer helps a woman with producing a code for entering Zhongshan Park Metro Station on Wednesday morning.

Meanwhile, no congestion happened on the city's streets from 7am to 9am, and the total traffic volume during the morning rush hours was down about 40 percent from the workday average before the lockdown, according to Shanghai traffic police.

The peak happened at 8:30am, when 328,000 cars were running on the streets around the city, police said.

However, police registered a total of 18 car breakdown accidents during the time on Wednesday morning, which was a 50 percent rise from before the lockdown.

A resident surnamed Ma who was driving from his home in Qingpu District to the city center on Wednesday morning said drivers of all cars with non-Shanghai plates were required to scan a venue code at the tollgate, which caused a rather long queue at the entrance to the downtown.

Shanghai police said they will be watching out for possible crowds at the city's gas stations and hospitals.

Busy traffic on the South-North Elevated Road at 9:15am on Wednesday