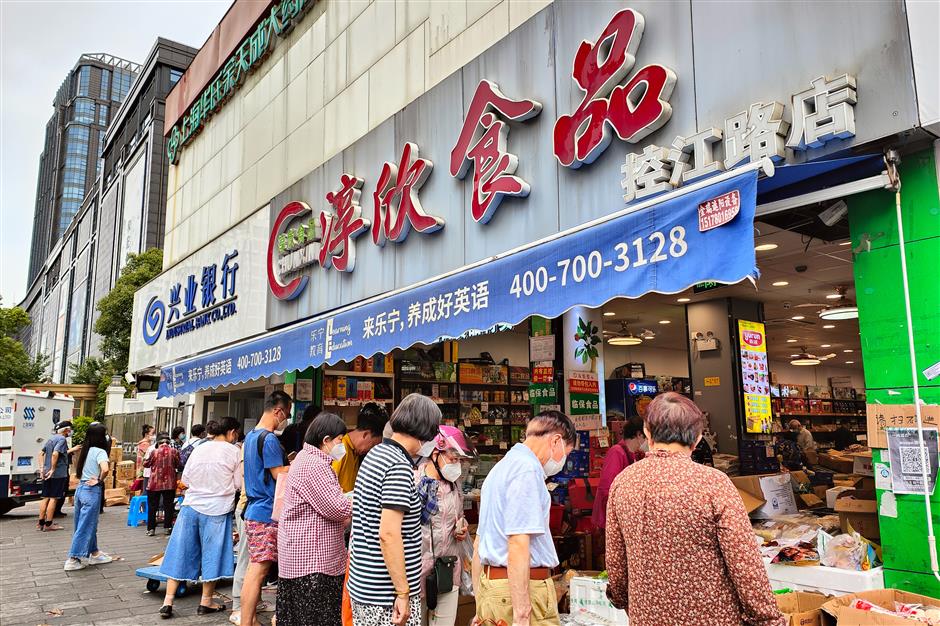 Residents throng a food store in Yangpu District for daily necessities before a planned massive PCR screening over the weekend.

With community infections continuously being detected in the city, several Shanghai districts will conduct massive nucleic acid screening over the weekend.

The four confirmed COVID-19 cases and two asymptomatic cases, between the ages of 30 and 82, were reported in the districts of Hongkou, Baoshan, Jing'an and Fengxian.

That brings the total number of community infections to 32 since the city lifted the two-month-long lockdown on June 1, and the number of medium-risk areas to 28.

"It means there are hidden transmission risks on the community level," Zhao Dandan, deputy director of the Shanghai Health Commission, said at a press briefing.

He explained that there are several reasons for the recently detected community infection.

Firstly, some positive cases may have occurred during the coronavirus' incubation period, which can last up to two weeks after the city's lockdown was lifted. 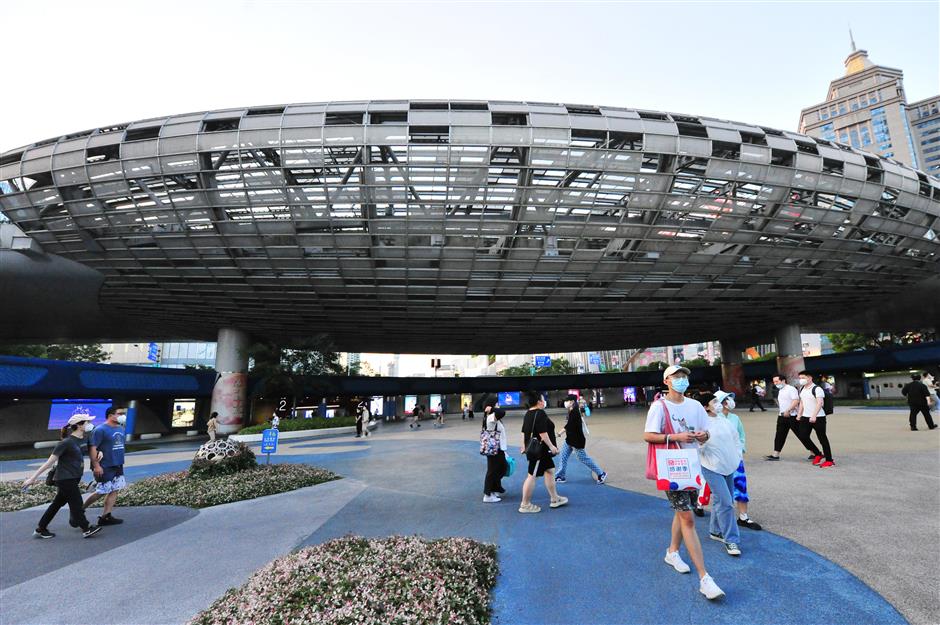 People walk at the central plaza of the bustling Wujiaochang commercial hub in Yangpu. 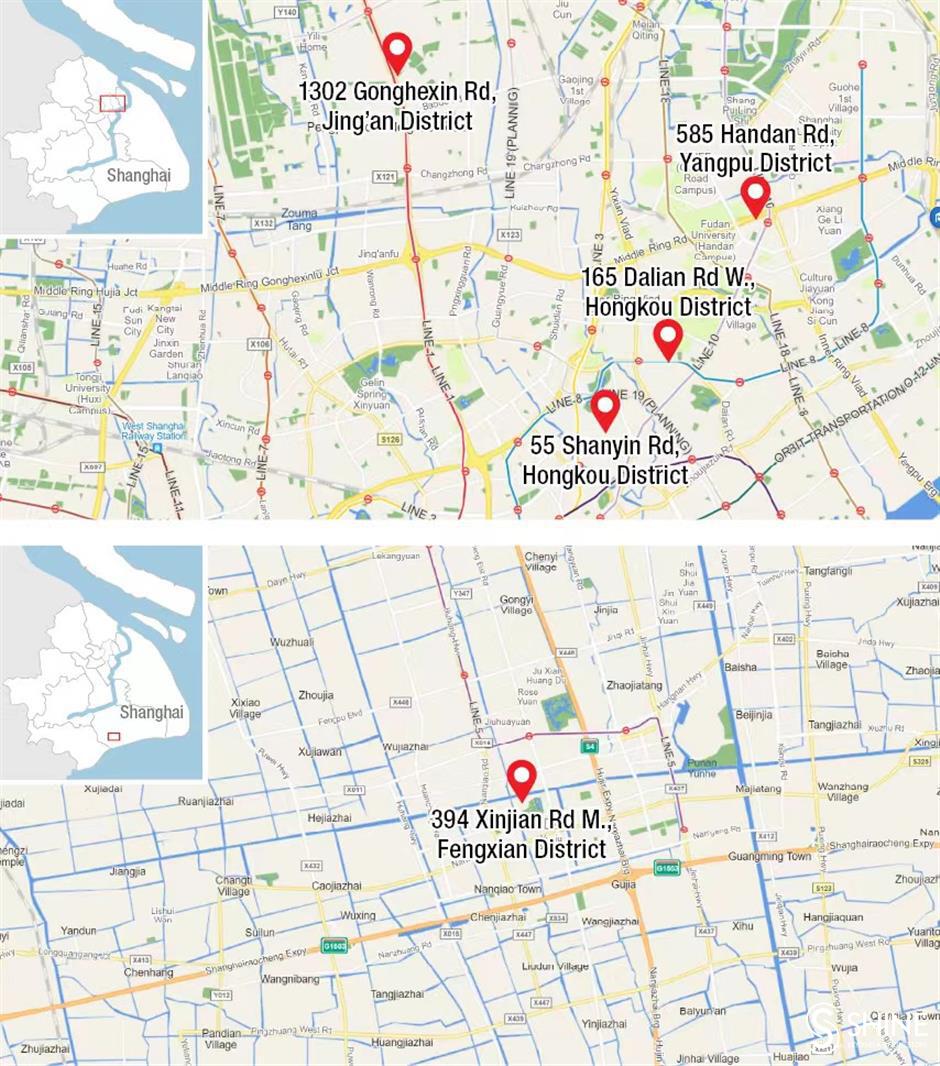 Secondly, a small number of people may have failed to take the mandatory PCR screening during the lockdown. They tested positive after being required to take the test for travel or work purposes.

Zhao urged citizens to participate actively in the PCR screening for the sake of safety of their families, friends and their own.

The lockdown will last two to three hours to ensure that everyone receives the test and will be lifted immediately after the sample collection is completed, according to Chen Xiaojie, deputy director of Hongkou.

"There is no district-wide lockdown strategy," Chen explained. Citizens who have medical or emergency needs may take the test earlier and leave the community. On the same day, they can also be tested at the district's regular PCR testing sites.

Meanwhile, all medical teams from outside Shanghai have completed their missions and left the city. On Friday, the last two teams from neighboring Zhejiang and Jiangsu provinces that primarily cared for COVID-19 patients in critical condition returned home.

Medics from neighboring provinces and cities arrived in Shanghai during the most difficult period of the resurgence, said Zhao, and Shanghai residents will remember the goodwill for the rest of their lives. 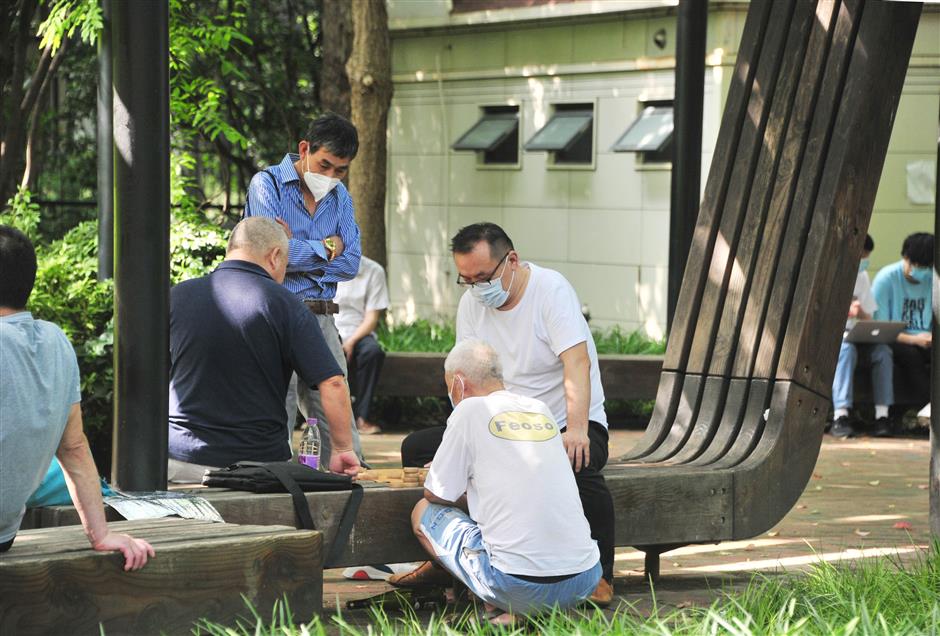