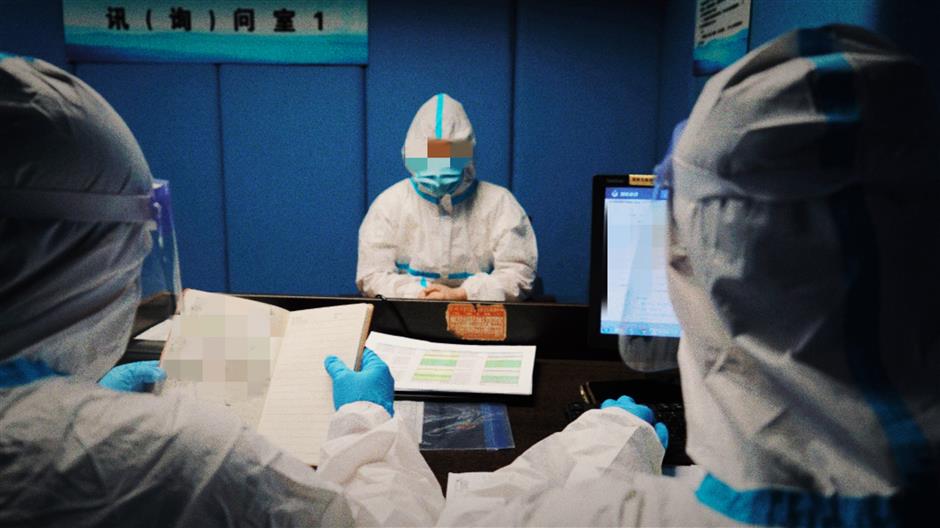 One of the suspects questioned by police.

Forty suspects, who are members of five gangs, have been arrested over an alleged 2.7 billion yuan (US$402 million) tax fraud, Shanghai police said on Saturday.

Police started their investigation in May, when together with the tax authorities, they found that several local companies were using dubious income invoices when applying for value-added tax (VAT) credit refunds.

The investigation led to the discovery of more than 700 shell companies that allegedly offered VAT invoices for non-existent transactions to various companies for them to make false claims to obtain credit refunds.

The shell companies were purchased by the suspects for the illegal business. They charged their tax cheating clients 3 to 6 percent of the face value of the invoices for the service, police said.

This is the first fraud involving the VAT credit refund busted in Shanghai since the national government announced large-scale VAT credit refunds earlier this year to support the pandemic-hit small and micro businesses and manufacturers.

Since April this year, 60 billion yuan of the credit refunds have reached the bank accounts of more than 60,000 tax payers, authorities said.

Previously, a law enforcement campaign was announced at the national level to crack down on tax fraud in this regard, with several criminal cases already reported in other parts of the country.