All safe as fire burns out at Shanghai chemical plant 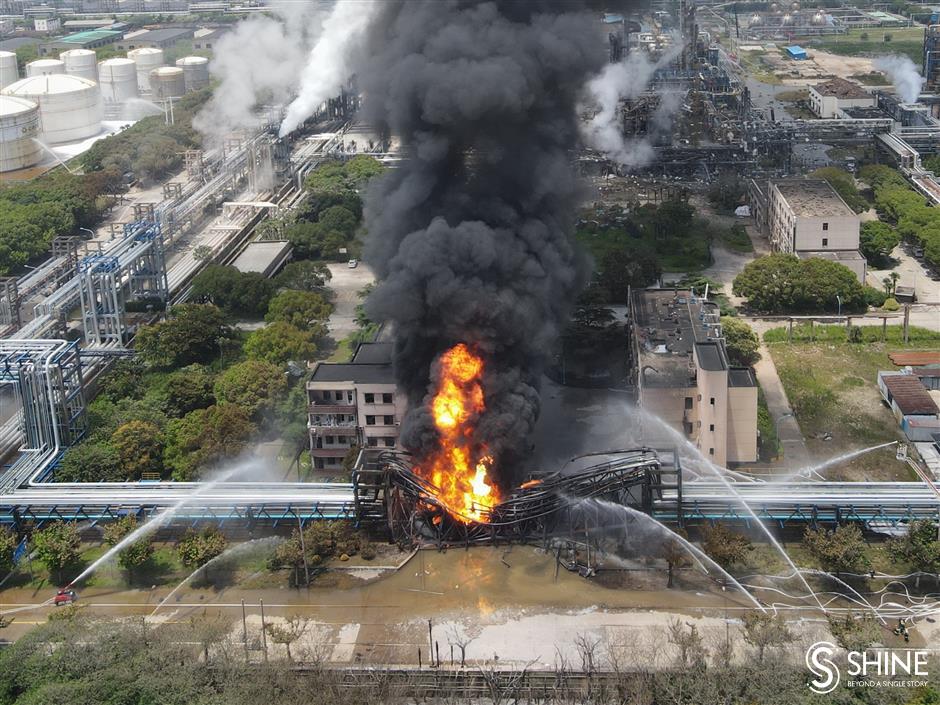 The scene of the fire on Saturday morning.

The fire that swept the ethylene glycol plant of Sinopec Shanghai Petrochemical Co Ltd. on Saturday had burnt out by 4:30pm on Sunday, the government has said.

The fire, which broke out at 4am on Saturday, had been brought under control five hours later. It was left to burn out under the close monitoring of fire authorities.

A driver died and a worker was slightly injured in the blast, according to the company.

The government said it is monitoring the environment around the site, and that so far the air and water bodies nearby are "primarily free of anomalies."

The cause of the fire is still under investigation as of Sunday afternoon.