Doctors from the Obstetrics and Gynecology Hospital of Fudan University have helped a couple deliver a healthy baby, using pre-implantation of genetic-testing technology, or PGT, through which doctors conduct genetic testing on embryos and select healthy embryos for transplant to prevent genetic diseases.

The wife was pregnant seven years ago. But prenatal checks found the fetus had a congenital heart problem and delayed development and it was aborted.

The couple's second fetus was found to have the same problem during prenatal checks but they decided to keep the baby, with surgery to repair the heart after birth.

But the baby was born with various problems. Checks failed to find the reason.

In order to find out the cause and have a healthy baby, the couple went to Dr Huang Hefeng at the Obstetrics and Gynecology Hospital of Fudan University.

Experts conducted genetic checks on the couple and their first child, confirming the child has Au-Kline syndrome, which can cause weak muscle tone, intellectual disability, delayed development and poor speech.

People with Au-Kline syndrome can have distinctive facial features, as well as malformations of the heart, blood vessels, kidneys or bones.

Doctors found the child had a mutation of R genes and the mutation came from both parents.

Since it was a new genetic mutation suspected to be connected with Au-Kline, doctors experimented on animals to confirm their theory.

Due to the couple's genetic background, doctors used the PGT technology to help them deliver a boy early this month and tests confirmed he is healthy.

"For couples who have delivered a deformed child or are pregnant with a deformed fetus, it is important to consult genetic professionals and undergo screening and diagnosis before having a second child," Huang said. 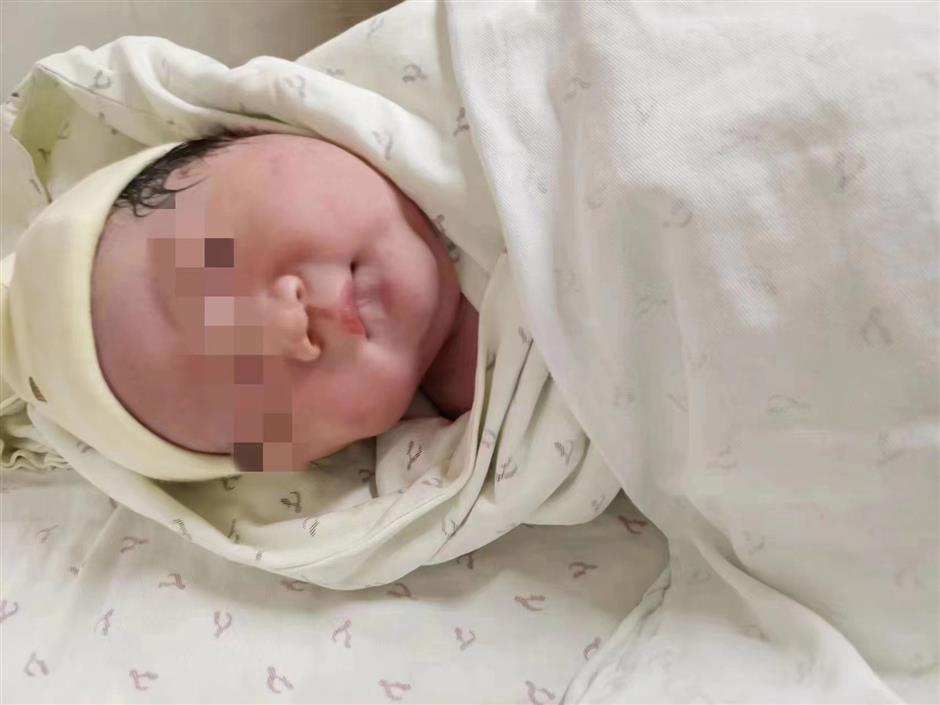 The healthy baby delivered by a couple with a genetic background of Au-Kline syndrome.