Xuhui police act on complaints about street boomers at night 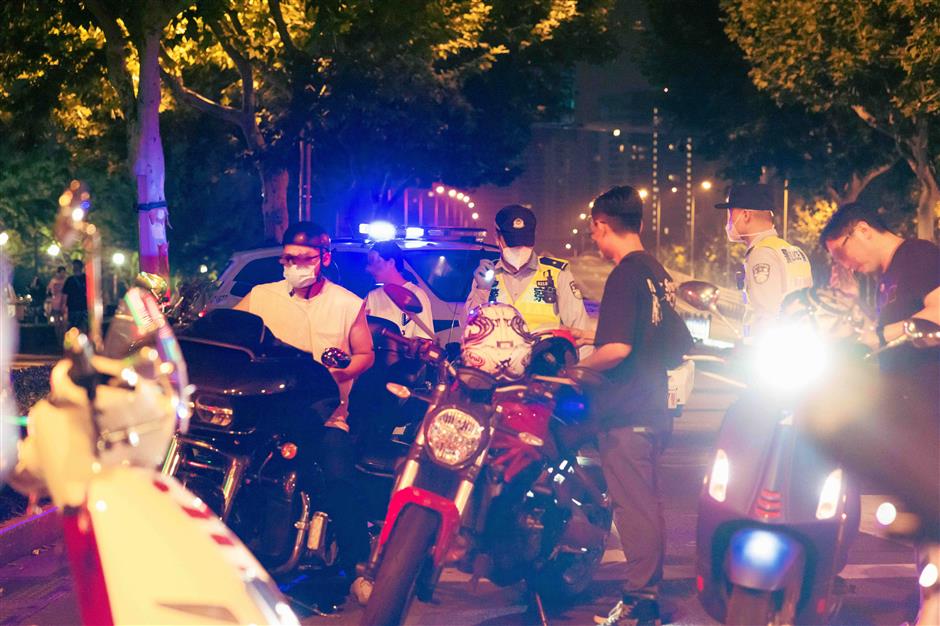 Police in Xuhui District set up a roadblock on Longteng Avenue on Sunday night to check passing motorcycles.

Residents along the Huangpu Riverside area in Xuhui have been complaining about the loud noises from motorcycles at night recently. The downtown Shanghai district took action on Sunday.

To crack down on vehicle noise, Shanghai in 2018 began banning motorcycles and small passenger cars with more than 80 decibels of noise from roads between 9pm and 7am every day.

Violators, with the exception of those driving on expressways, are fined 200 yuan (US$29), with 3 points deducted from their driver's licenses.

On Longteng Avenue, a famous city promenade which is a favorite of street boomers, police set up a roadblock at the intersection of the avenue with Dong'an Road around midnight on Sunday to enforce the law.

About 20 motorcycles were stopped and inspected, with five found to have been refitted to make louder noise.

One of the owners, a man surnamed Dai, didn't carry his driving license and vehicle license, and the noise level of his motorcycle that was tested on the site reached an unusually loud 112 decibels, police said.

If the turbine, exhaust pipe or muffler devices on a motor vehicle are found to be refitted independently, its user is fined 500 yuan and ordered to restore the vehicle's original technical features.

All of the illegally refitted motorcycles were temporarily seized by police.

Meanwhile, Shanghai police have been intensely cracking down all kinds of traffic offenses since the city reopened from a nearly two-month COVID-19 pandemic at the beginning of this month, especially drunk driving.

From June 1 to 15, more than 500 drivers were discovered driving after imbibing alcohol or in a drunken state, police revealed.

Police in Xuhui District set up a roadblock on Longteng Avenue on Sunday night to check passing motorcycles. 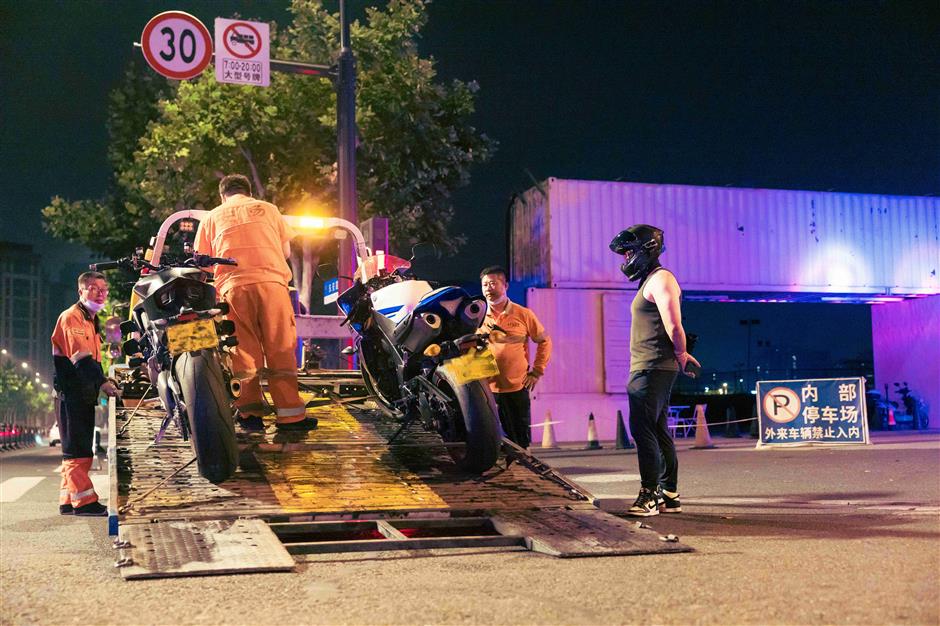 All of the illegally refitted motorcycles were temporarily seized by police.