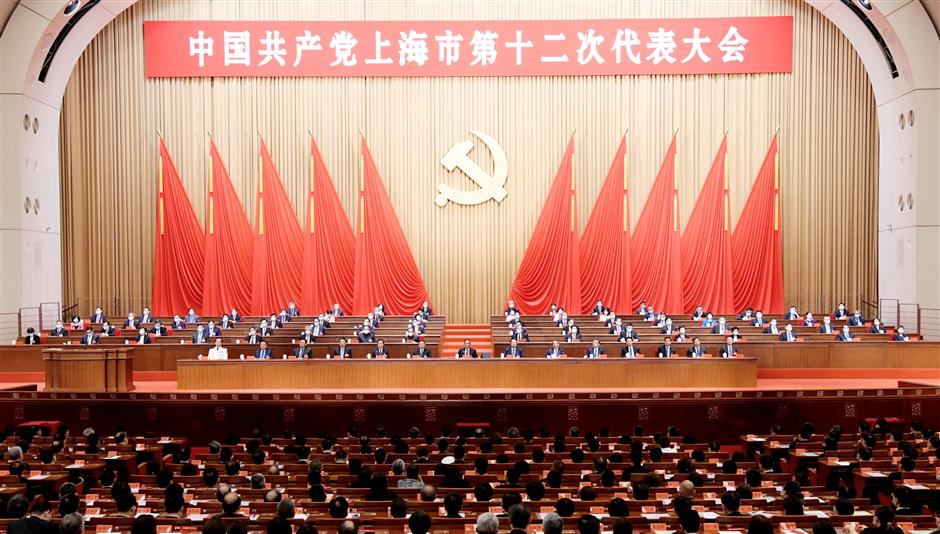 The 12th Shanghai Congress of the Communist Party of China concluded on Monday at the World Expo Center in the Pudong New Area.

The 12th Shanghai Congress of the Communist Party of China concluded on Monday with a resolution on guidelines for Party organizations – from grassroots to the city level – over the next five years.

The CPC Shanghai Congress takes place once every five years to summarize work over the previous five years and set goals and visions for the future. A total of 804 Party member representatives selected from citywide and some invited deputies were present at the closing ceremony.

Li said the congress will have a significant and far-reaching impact on the city's pursuit of high-quality development, high-quality livelihood and highly-efficient governance. 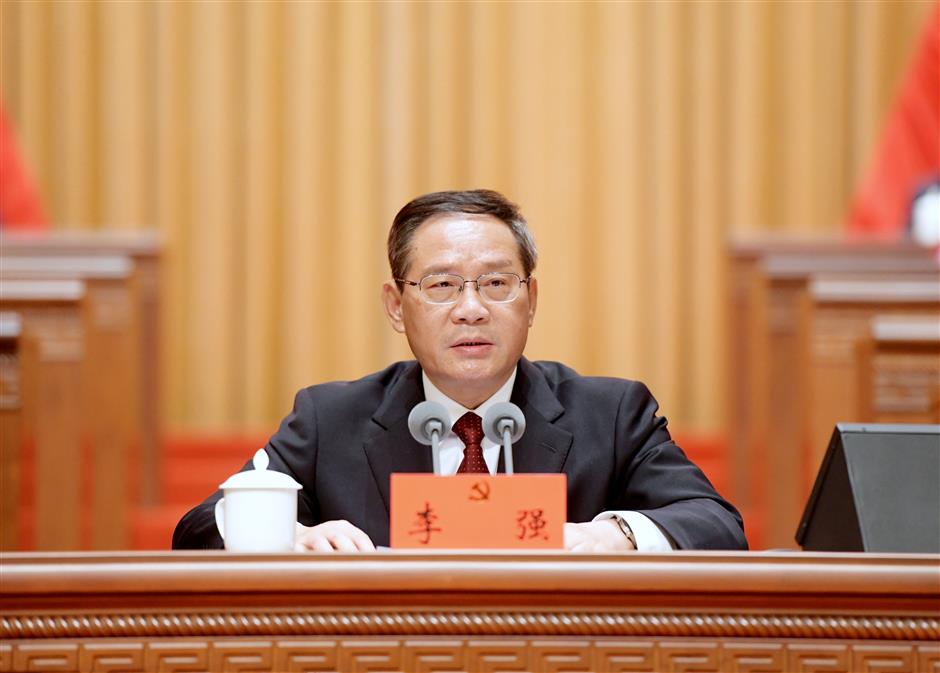 Li Qiang, Party secretary of Shanghai, delivers a speech at the congress.

The congress passed a resolution that recognized the 11th CPC Committee's work in leading the city in achieving all goals set at the start of its term five years ago and agreed on the vision to build Shanghai into a socialist modern metropolis with world influence in the following years.

The resolution said that Shanghai will work hard to improve its capabilities for global resource allocation, science and technology innovation, high-end industry development and opening-up.

According to the congress, digital transformation will empower the city to hasten its development as a global center for economy, finance, trade and shipping, as well as science and technology innovation.

It will strive to promote innovation-driven, service-oriented, opening-up, headquarters-based and flux-focused types of economic sectors to further improve Shanghai's strength and core competitiveness.

It will also improve the city's soft power and resistance against risks, become more people-oriented and enhance regulations inside the Party.

According to the congress, the vision of a socialist, modern international metropolis with global influence will primarily be achieved by 2035 and fully achieved by the middle of the century.

It also outlined key tasks in the city's social and economic development over the next five years, including deepening reform and opening up, building the Pudong New Area into a leading zone for socialist modernization, reforming its economic structure, and developing industries open to the world to build a world strategic economic development platform. The cultural industry will also be promoted to highlight the city's spirit.

The congress also agreed to balance urban and rural development, promote rural revitalization, and get people more involved in the legislation process to become a best-practice model for whole-process democracy. 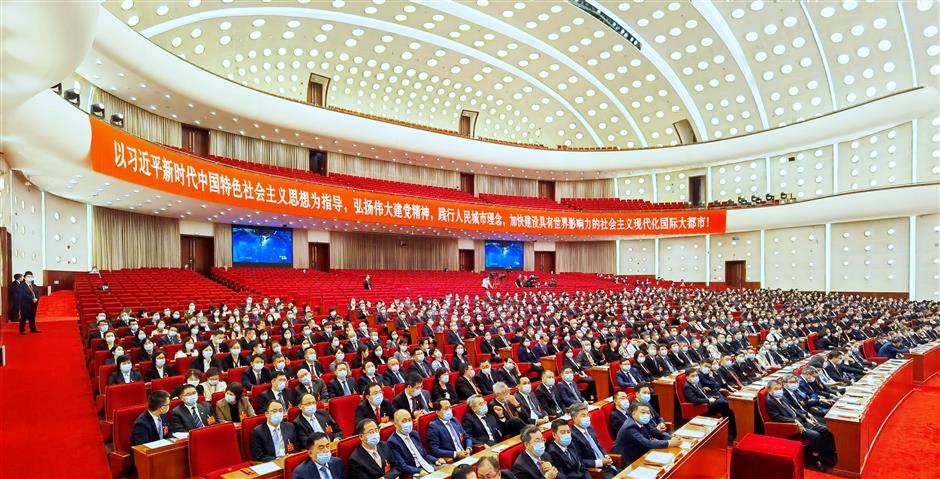 A view of the 12th Communist Party of China Shanghai Congress

It agreed that the city will create a livelihood of higher quality for citizens, where children can grow strong and healthy, young people can realize their dreams and seniors can enjoy life. All people will be able to enjoy healthy lives and move toward common prosperity.

It's also determined to comprehensively improve the city's governance capacity. With help of digitalization, it hoped to refine management and give full play to its people to explore new approaches for governance of the city.

Ecological civilization was also listed as one of Shanghai's priorities to promote harmonious coexistence between humans and nature, green transformation of the whole city, improve ecological and environmental quality and benefit the people.