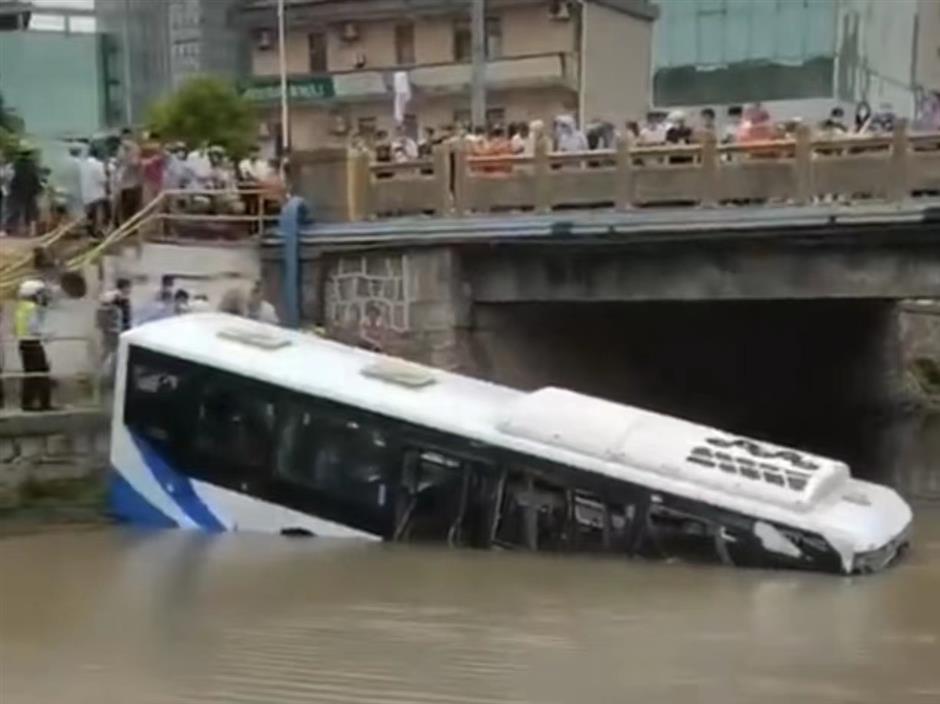 Screenshot of the incident from a video uploaded onto the Internet. 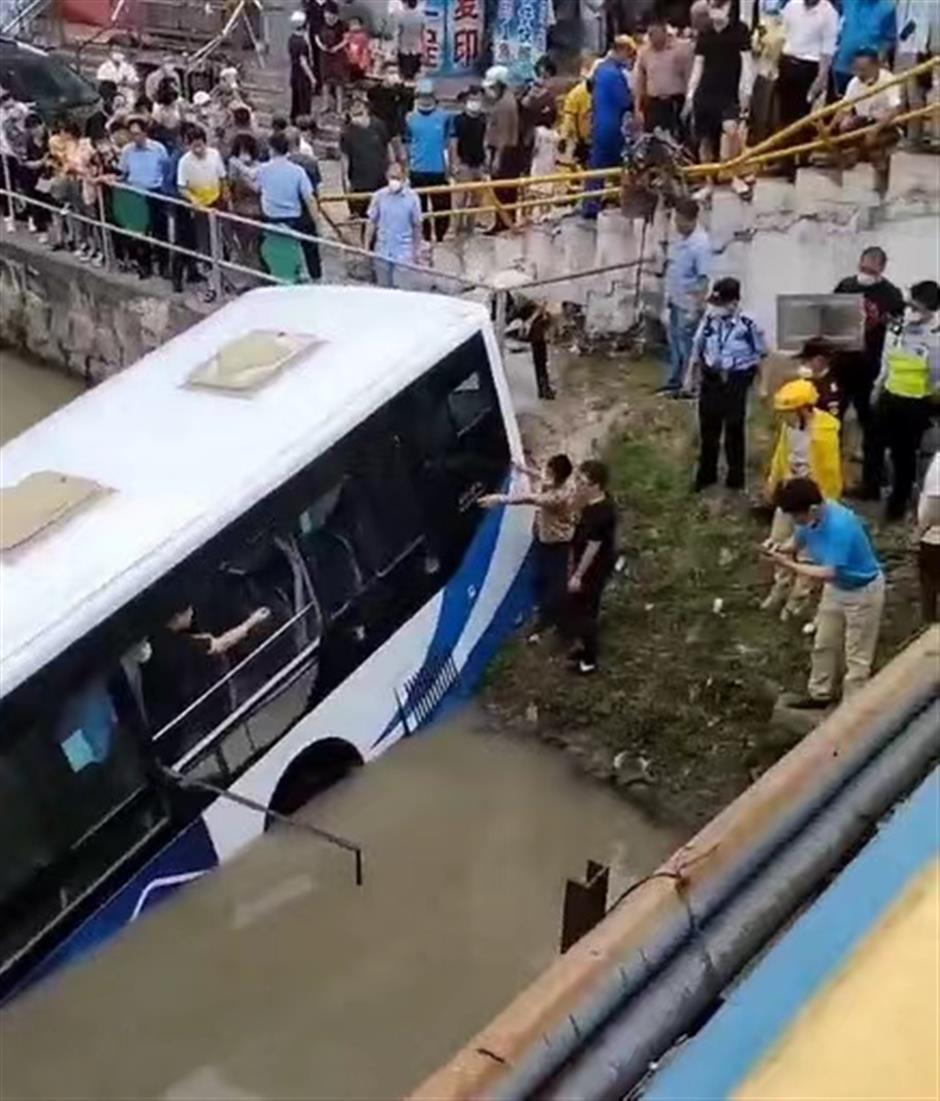 A bus drove into a river in the suburbs of the Pudong New Area on Tuesday morning, Shanghai police said.

It was not carrying passengers and the driver was not badly injured.

The incident, which took place near the intersection of Renmin Road E. and Nanzhu Road, was reported to police at 10:47am.

A passenger who got off the bus at the previous stop told police that the driver asked him to get off because he was not feeling well, and then he saw the driver lose consciousness as the bus drove into the river.

The bus knocked down two e-bikers before it fell into the water, but the riders were also not badly hurt, police said.