Local hospitals, which served as designated facilities for COVID-19 patients during the pandemic, have gradually resumed normal operations.

By June 16, a total of 660 medical staff from five teams around the country and the hospital's own nearly 1,000 medics had been working in the facility, which received 2,093 COVID-19 patients.

After thorough disinfection and adequate preparations, the hospital returned to normal.

One of them was a female patient who received spine surgery. Dr Yu Xiaowei said the patient had recovered well and her standing and walking abilities are getting back to normal. 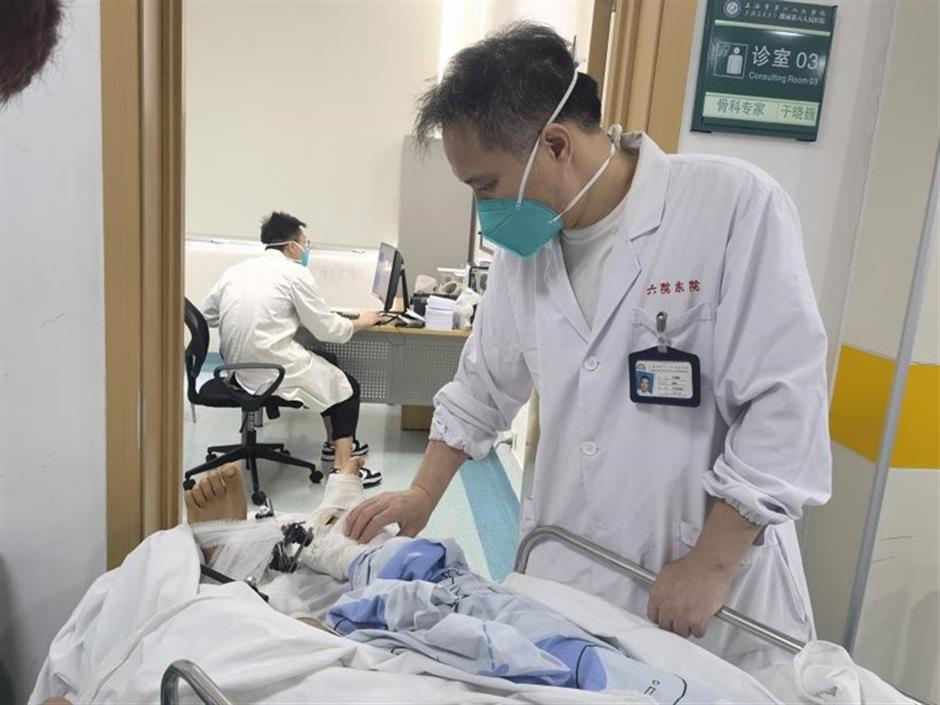 Dr Yu Xiaowei from the Shanghai 6th People's Hospital's Lingang branch checks a patient who had undergone a surgery.

A mother took her son to the hospital's pediatric department for cognition and language treatment. The boy suffers slower development and has been receiving therapy at the hospital.

"Doctors offered me several rehabilitation and training methods that we can carry out at home during the pandemic," she said.

"But we are happy that the hospital is finally resuming normal operations so I brought my son here for training immediately." 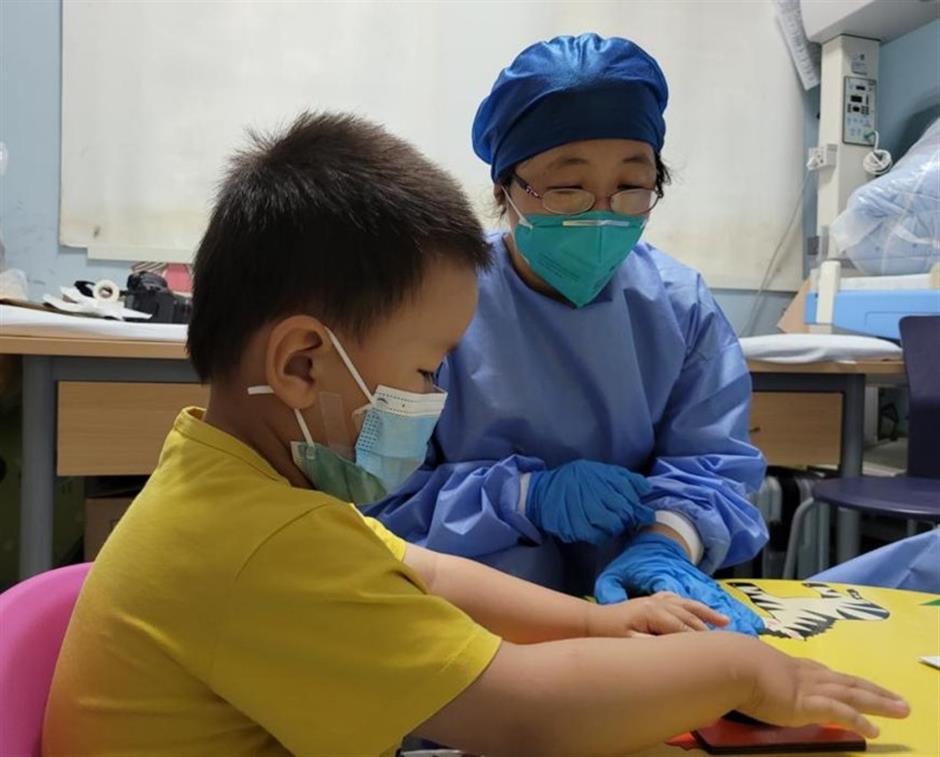 It was one of the first batch of designated COVID-19 hospitals and started to receive coronavirus patients on March 27.

Some hospitals have also resumed their night outpatient services.

"It is very convenient as we can take children to the hospital after work and it is that not hot at night," said one father.

Patients must have a negative nucleic acid report from within the previous 72 hours or take an on-site antigen self-test before entering outpatient departments at local hospitals.

For special checks, which require patients to remove their mask, a negative nucleic acid report from the past 24 hours is a must, according to the Shanghai Health Commission, which said a dozen designated hospitals are undergoing disinfection for resuming normal operation.