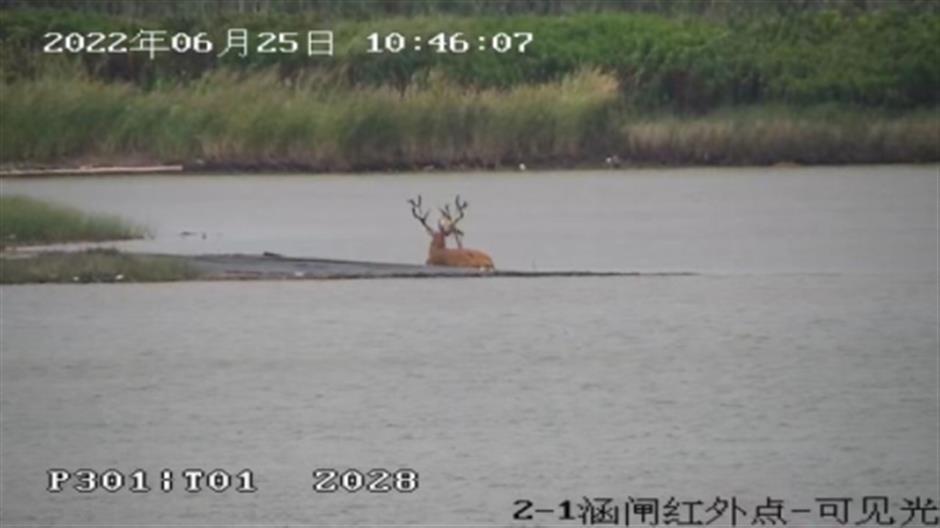 The elk captured by a surveillance camera.

An unexpected visitor was spotted on Chongming Island recently.

The guest at the Chongming Dongtan National Nature Reserve turned out to be an elk, based on footage of surveillance cameras.

It was the first time an elk has been detected at the nature reserve. How it got there, where it came from and what it may do next remain a mystery.

In July, an adult male elk was spotted moving alone in Gangxin District of Haimen City and Beixin Town of Qidong City, in Jiangsu Province. He has not been there seen since.

But an elk looking very similar to the animal in Jiangsu was later spotted several times in northern Chongming, and it is very likely that it was the same elk, experts at the Shanghai Greenery and Public Sanitation Bureau said.

The animal appears to be in good health and has a normal diet based on experts' observation.

His antlers are snagged with fishing nets, but experts say there is no danger as there are no bushes or trees in the area and the old antlers will be replaced by new ones in winter.

Residents are reminded not to feed or get close to the elk. 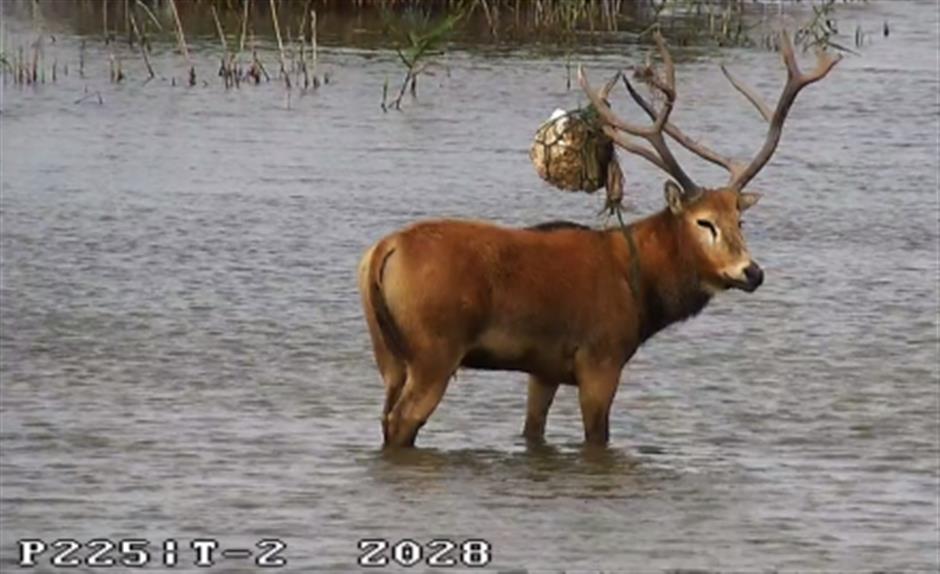 In ancient China, people called elks sibuxiang, which means they featured the characteristics of four different animals but didn't look exactly like any of them – the face of a horse, the antlers of a deer, the neck of a camel and the tail of a donkey.

The middle and lower reaches of the Yangtze River were once their habitat but Shanghai was one of the places where they became extinct.

They mainly lived in the plains and marshes of the Yangtze and Yellow rivers and originated around 2 to 3 million years ago.

Due to a shrinking habitat and hunting, elks gradually became extinct in the wild.

In the late 19th century, the only elks living in China were kept in a royal hunting ground in Beijing. Then, some were killed and the rest transported to Europe.