Most parts of Shanghai to undergo urgent PCR screening 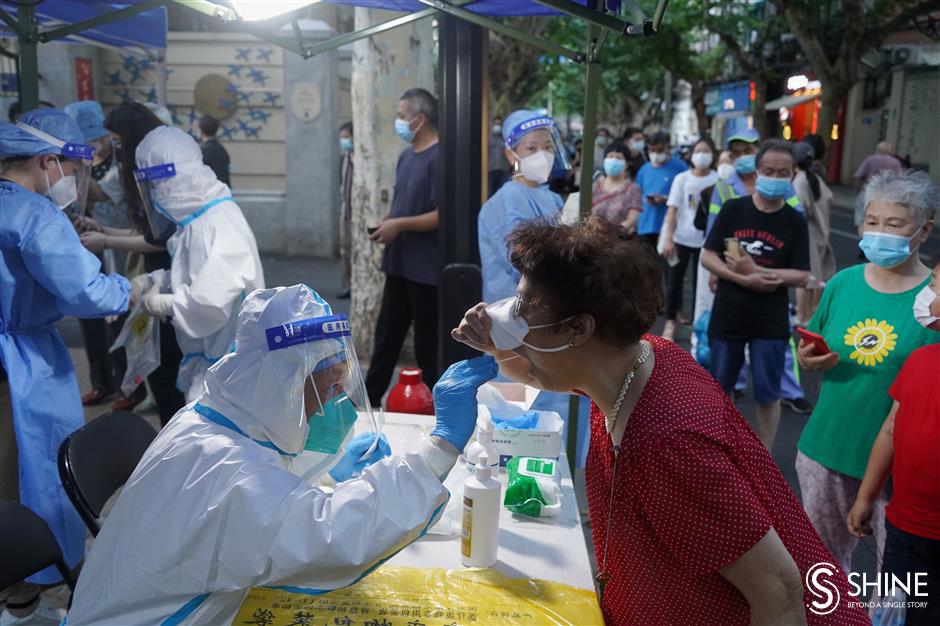 People take nucleic acid tests in Huangpu District. The urgent screening covers nine of Shanghai's 16 districts, and some sites have long queues that demand waiting time of up to one hour and a half.

Shanghai launched an urgent mass nucleic acid screening in a dozen districts from Tuesday evening after the movements of people linked to a local high-risk area were found spreading across the city.

Every resident and those in street shops and hotels in these districts are subject to the mandatory testing, the city's COVID-19 prevention and control authority said in a statement.

Shanghai reported several locally transmitted COVID-19 cases on Sunday and Monday, who had been to 148 Lanxi Road in Putuo, which on Tuesday morning was elevated to a high-risk area, the city's third.

"According to epidemiological investigation, there are frequent movements among the risky groups linked to the site, who later went to multiple districts and public venues across the city," the statement said.

"Potential risks of further community transmission exist," it added. The screening aims to consolidate the fruits of previous COVID-19 prevention and control measures, while detecting and bringing the risks under control sooner, according to the authority.

No lockdown will be imposed. During the screening, people within the districts must have a 48-hour negative PCR report to leave or enter their communities, companies and other public venues. 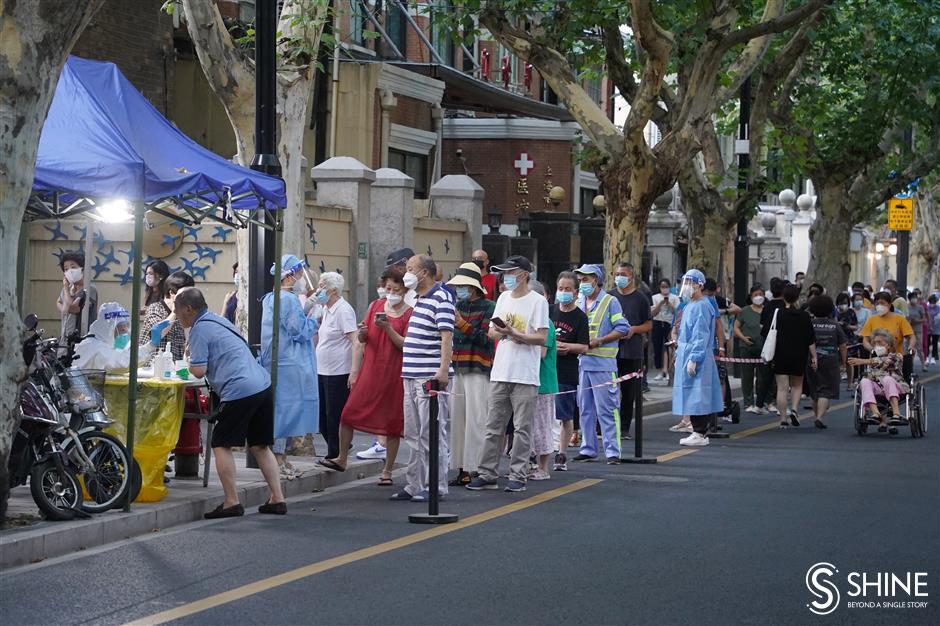 Students taking part in the gaokao, or the national college entrance examination, which were postponed to this week – from Thursday to Saturday – in the city due to the pandemic, can leave or return to their neighborhoods with the exam certificates.

Parents accompanying examinees or students taking part in other key exams are also allowed to exit or enter their communities during the PCR screening.

Shanghai reported two community infections on Sunday and Monday, respectively, after having zero community cases for nearly a week.

Both the asymptomatic case and the confirmed case had been to the commercial complex at 148 Lanxi Road in Putuo's Caoyang Community, known as China's first worker's community that was set up in the 1950s.

The 37-year-old woman had been to a teahouse, while the other case, a 22-year-old woman, had visited the FreePort KTV at the same complex in the last two weeks, according to their publicized movements.

Apart from the KTV and teahouse, the complex also houses a spa, a gym, a digital mall and an internet bar as well as several restaurants and cafes, according to a search on Baidu Map.

More than 200 close contacts of the duo had been tracked for PCR tests and central quarantine, according to the city's health commission.