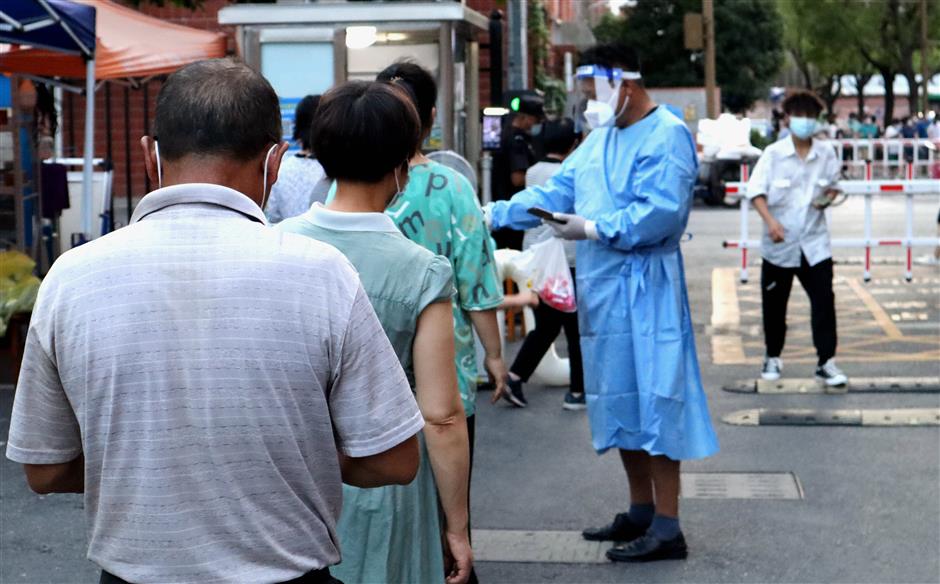 Residents line up to receive PCR tests in Songjiang District.

The number of COVID-19 infections in Shanghai related to the recent KTV resurgence is trending downward, despite some sporadic community cases.

Shanghai reported a community infection on Saturday and added a high and a medium-risk areas in the outlying Songjiang District, after detecting zero community cases for four days in a row.

The daily number of positive cases found during central quarantine has been declining for five consecutive days to 33 on Saturday, comparing with 69 during the peak of the resurgence since July 3.

"The number of positive cases in Shanghai is dropping recently, but it remains difficult to trace the remaining risky groups due to the wide range of movements of the infections," said Yuan Zheng'an, a member of Shanghai's COVID-19 experts' team.

A total of 23,000 close contacts of the positive cases have been traced as of Saturday, along with another 50,000 secondary contacts, according to Yuan.

"Most of the recent cases have been to KTVs or pubs. They were infected after being exposed in the same enclosed space and caused wide, rapid transmission," Yuan told the city's COVID-19 press briefing.

Their close contacts and other risky groups have been put under quarantine to undergo regular nucleic acid tests. Some of them tested abnormal, Yuan said.

An illegally reopened karaoke lounge in Putuo District is the cause of more than 500 positive cases and over 160 high and medium-risk areas across the city since July 3. 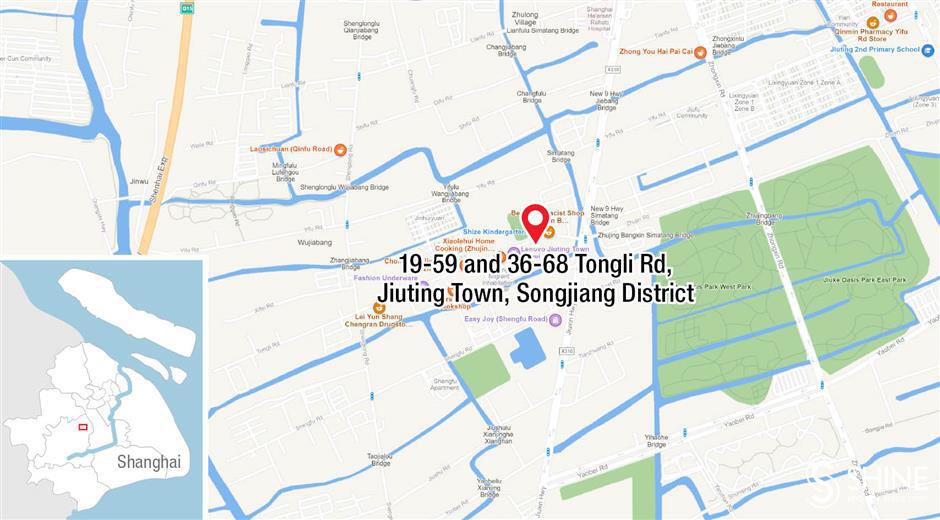 A high-risk area was designated in Songjiang's Jiuting Town on Saturday.

Most of the infections were traced back to karaoke bars and pubs that reopened without authorities' approval. These places can host a large number of people with insufficient COVID-19 protection.

Eleven community cases have been reported since July 3, but a quick response mechanism has helped to contain the spread of the virus, said Zhao Dandan, deputy director of the Shanghai Health Commission.

Whenever a new case is detected, epidemiological investigators will arrive within two hours and finish key information collection in four hours. The basic epidemiological survey will be completed within a day, Zhao said.

The community case reported on Saturday is a 35-year-old man who had traveled outside Shanghai several times in the last two weeks. The patient who lives in Jiuting Town of Songjiang had received the full two courses of COVID-19 vaccines.

Several buildings around his accommodation on Tongli Road have been listed as high-risk areas, while a surrounding area was rated as medium-risk.

There are presently 10 high-risk areas in Shanghai, mostly the living and working places of the positive cases, along with some 150 medium-risk areas, or the places the infected people have paid visits to and posed transmission risks. 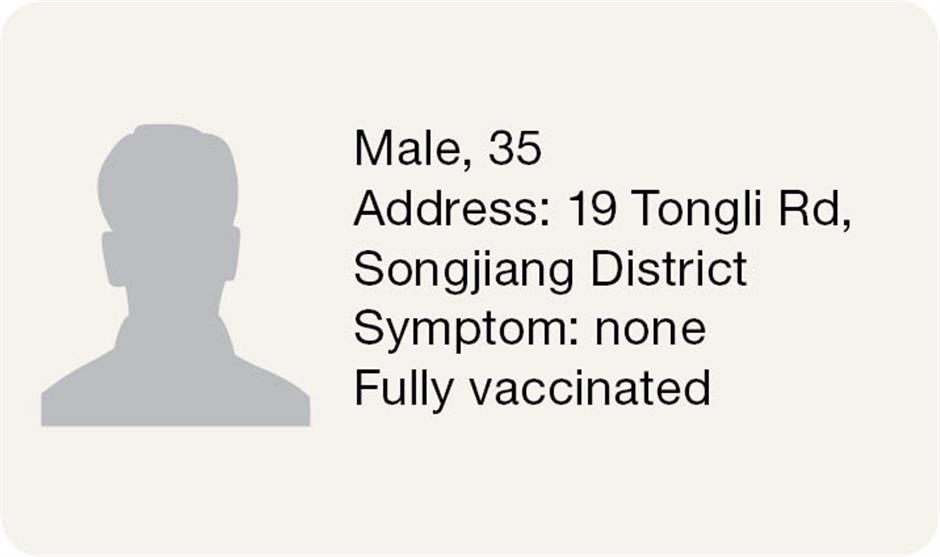