All aboard high-speed trains to the future 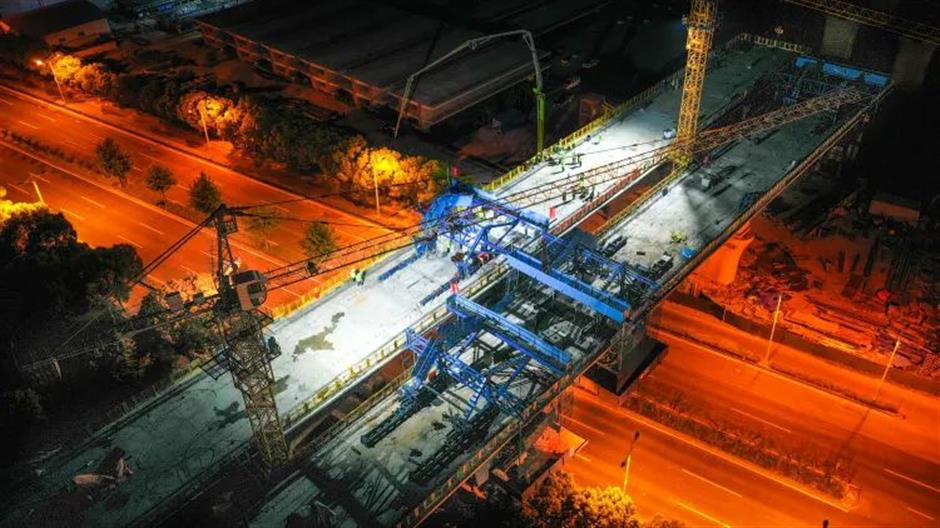 The Shanghai section of the Shanghai-Suzhou-Huzhou Railway is under construction.

With new progress on major railway projects in the Yangtze River Delta, the region can see a more closely connected and thriving future, according to the China Railway Shanghai Group.

The Shanghai section of Shanghai-Suzhou-Huzhou Railway has finished its first basic frame construction, and will step into the next stage, indicating the construction is on fast-track.

After completion, the railway will become an important transportation channel connecting the key cities in the Yangtze River Delta, along with other three railways – Shanghai-Hangzhou, Nanning-Hangzhou and Huzhou-Hangzhou railways.

Also, another intercity-railway across the two provinces, starting from Shanghai Qingpu New City to Jiashan began construction on Wednesday. It is a key project to drive the integrated development of the Yangtze River Delta region.

Section of Hefei-Hangzhou high-speed Railway, which connects Huzhou and Hangzhou, has passed tests, and is expected to be fully operated at the end of this August.

The section is the key point of the railway grid in the Yangtze River Delta region, and will help to improve the "one-hour traffic circle" of Zhejiang Province.

In addition, construction of other backbone lines within the region are all in full swing.

The Anhui section of the Changjinghuang high-speed railway is scheduled to operate by the end of this year.