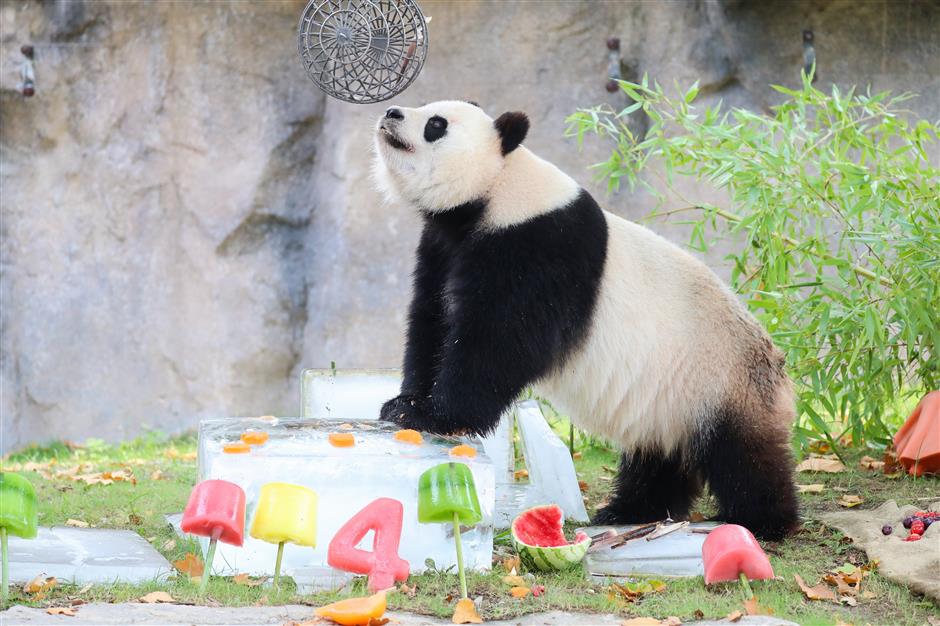 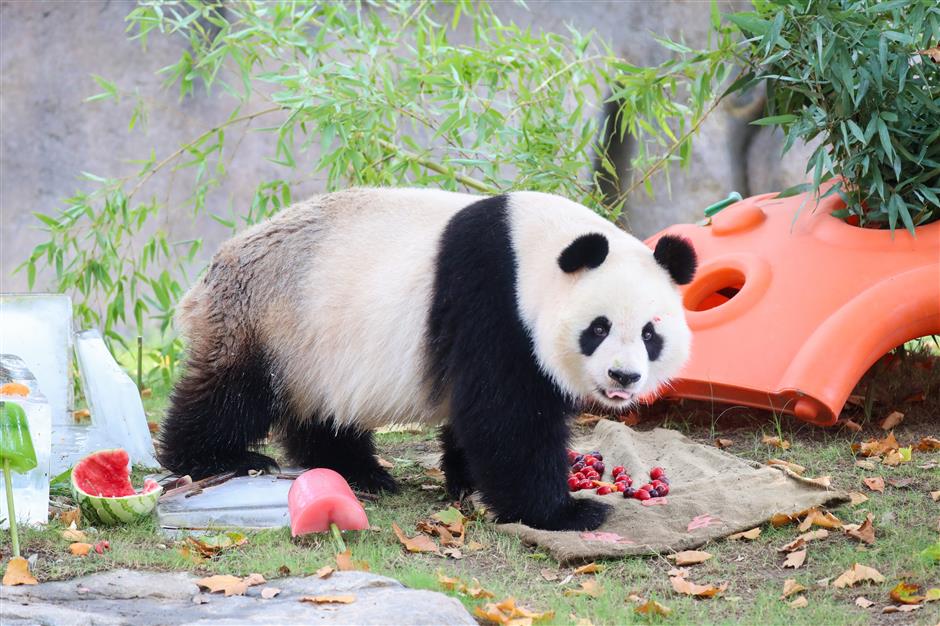 Qi Qi is a star of the park. 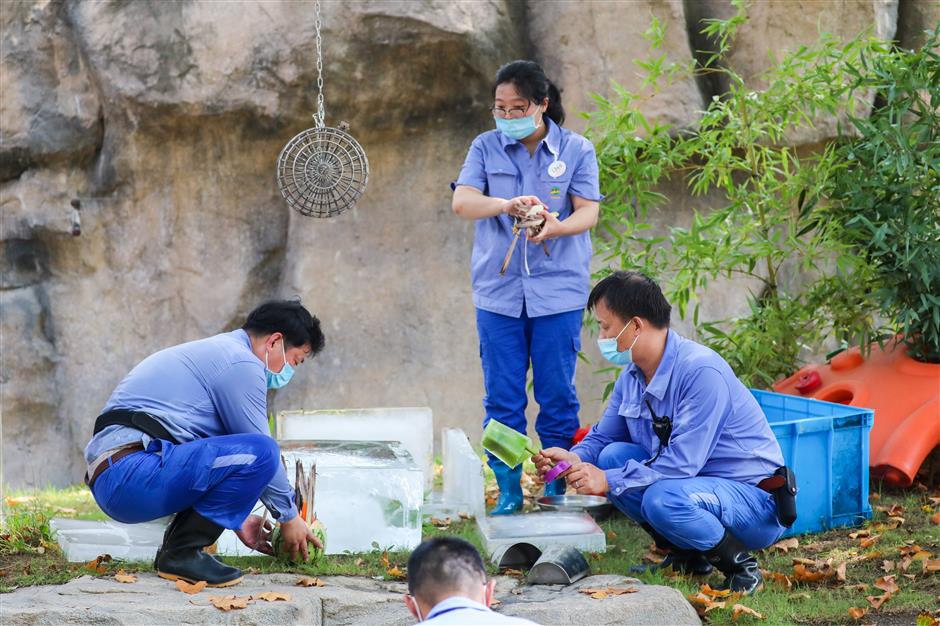 Giant panda Qi Qi, a star of Shanghai Wild Animal Park, celebrated her 4th birthday at the park in the Pudong New Area on Sunday with a "banquet" of fruits and popsicles, as well as good wishes from visitors.

Park keepers started decoration work early in the morning for the special day. They used ice cubes to create a special chair and a tea table.

On the iced tea table, a watermelon has been emptied with apples and fresh bamboo shoots placed inside – some favorite food of Qi Qi. 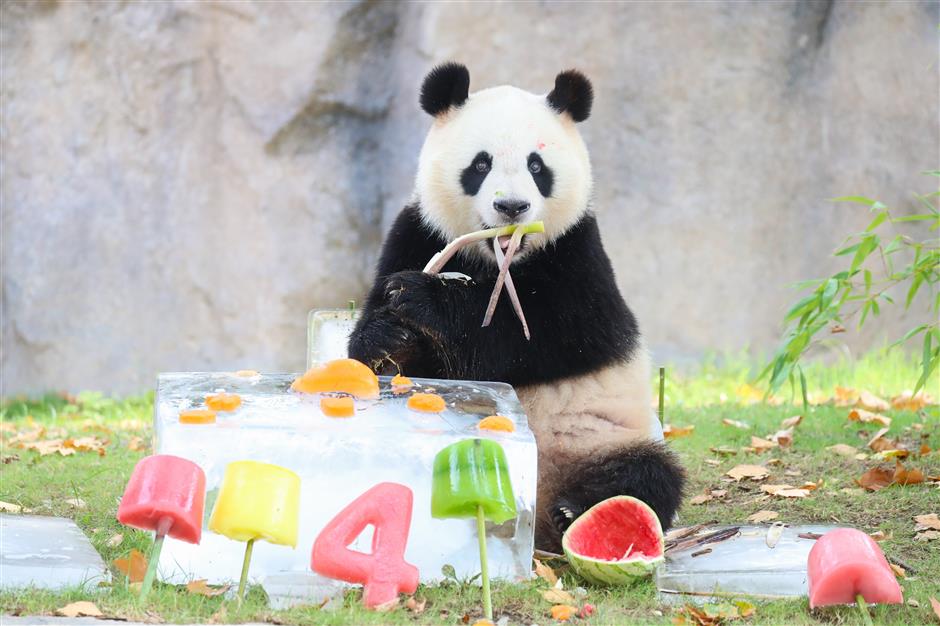 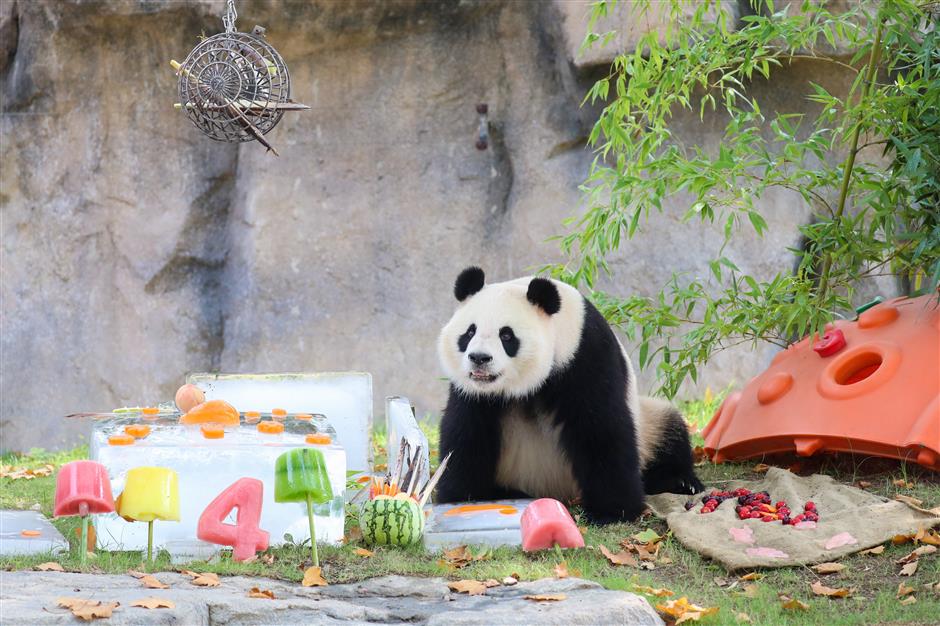 Qi Qi enjoyed the birthday banquet gracefully. When she appeared, visitors burst into cheers and they were soon busy capturing the special moment with cameras.

They sang a birthday song for Qi Qi together, expressing their best wishes for her.

"She is healthy, naughty and active and likes climbing trees and playing with balls," said Ni Li, a park staffer.