There are smart systems, drones and specialists who keep a close eye on the city's power equipment day and night.

On one of those scorching days when the mercury topped 40 degrees Celsius, two electric workers in Yangpu District were cooling down the substations with water.

Substations play an important role in the electrical generation, transmission and distribution system. The voltages of most substations in Shanghai range from 1 to 500 kilovolts.

Between the power and consumers, there are several substations at different voltage levels which distribute the power step by step.

"Using water to cool down transformers is the safest way to do it," said Wang Chenjie, leader of the State Grid Shanghai Company North Branch's third substation maintenance team.

Maintenance of the electrical devices is carried out every day by specially trained workers. 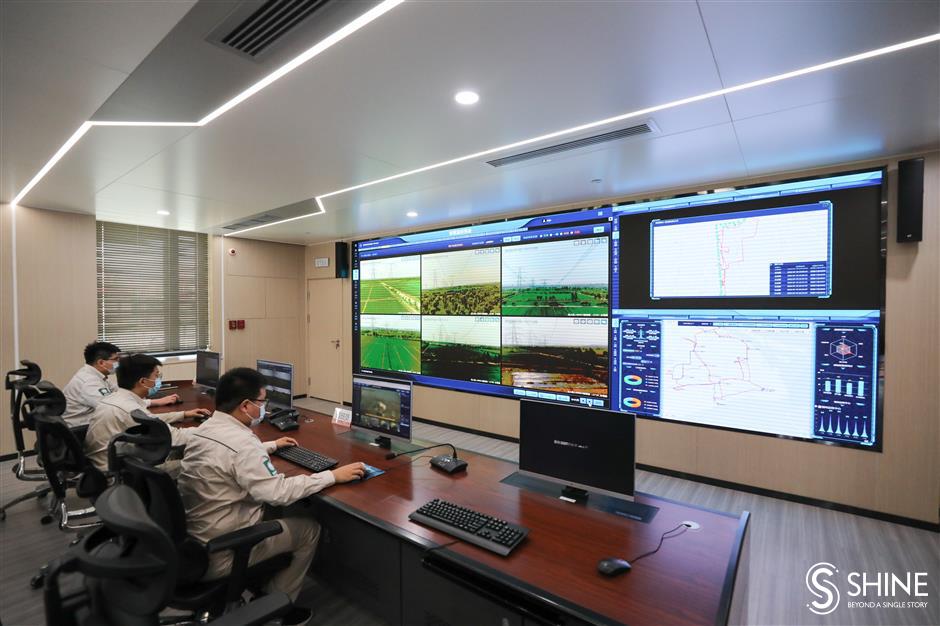 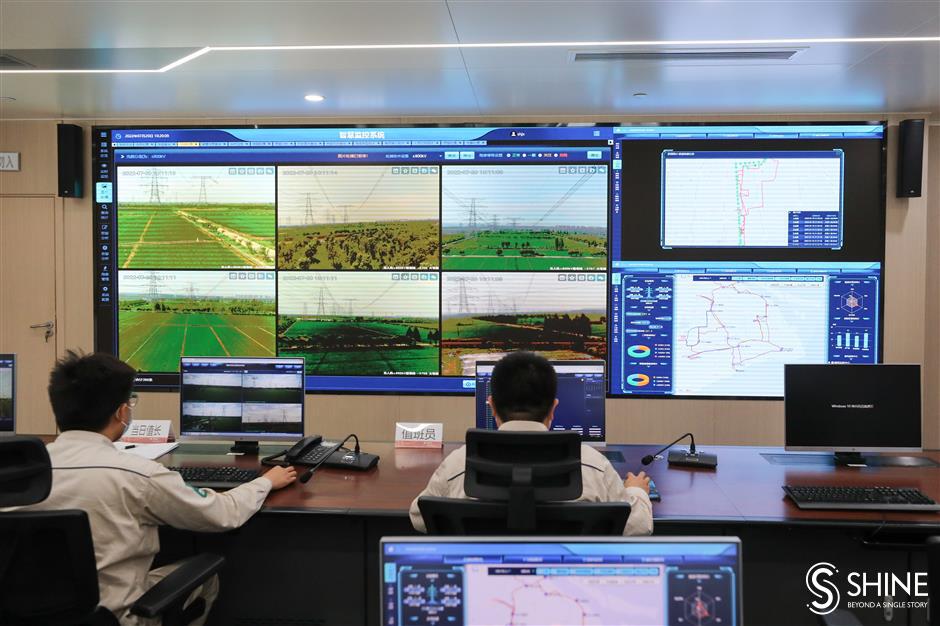 In State Grid Shanghai's Hongyang Base in Yangpu, a digital monitoring center equipped with a smart platform monitors all the main electric transmission lines across the city.

"If there is a potential risk on a transmission line, such as a balloon or plastic film from a greenhouse, the system will alert us," said Qiao Fengxiang, who is in charge of the smart system.

Thousands of high-definition cameras are the "eyes" of the system, identifying potential problems and damage on 220KV (and above) lines.

There are about 5,400 kilometers of 220KV lines in Shanghai.

Once a camera detects a potential problem, it alerts the system. Maintenance workers are then dispatched to address the issue.

"Normally, the problem can be neutralized within an hour," Qiao said. "The system recognizes the type of problem and reminds workers how to deal with."

The system, debuted in April 2021, is equipped with functions such as visual management, drones, distributed risk detection and weather sensors.

"The center has detected 11 major problems this summer, which ensures the safe operation of the main power grid and reduces manpower during high-temperature periods," said Xie Xiaosong, chief of State Grid Shanghai's operation and maintenance department. 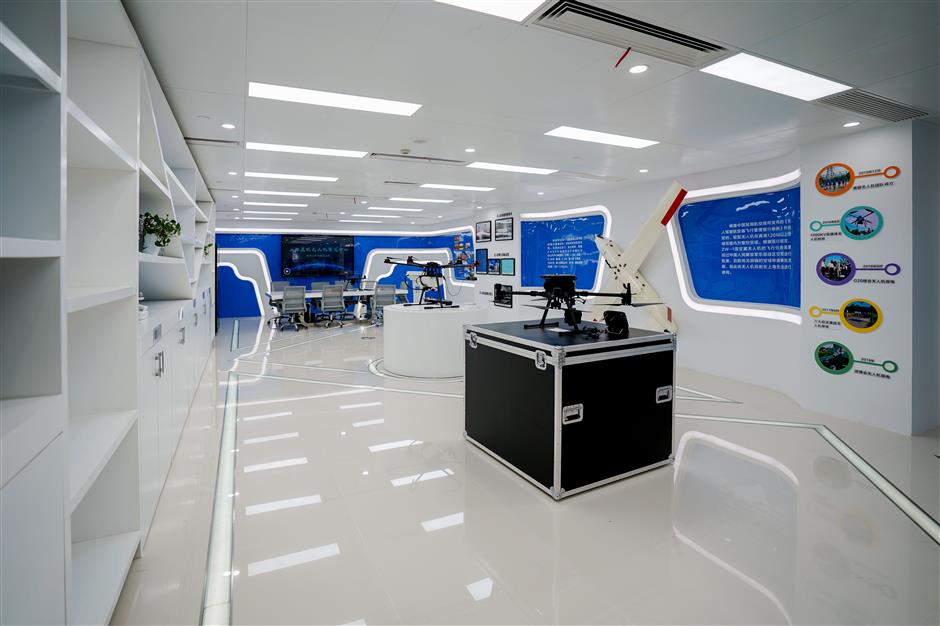 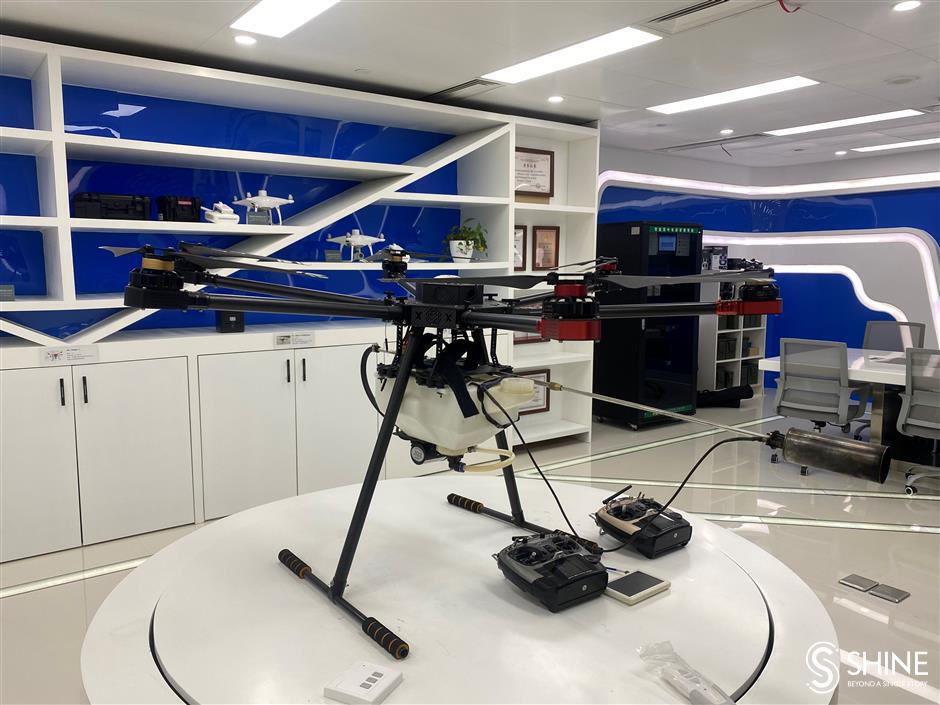 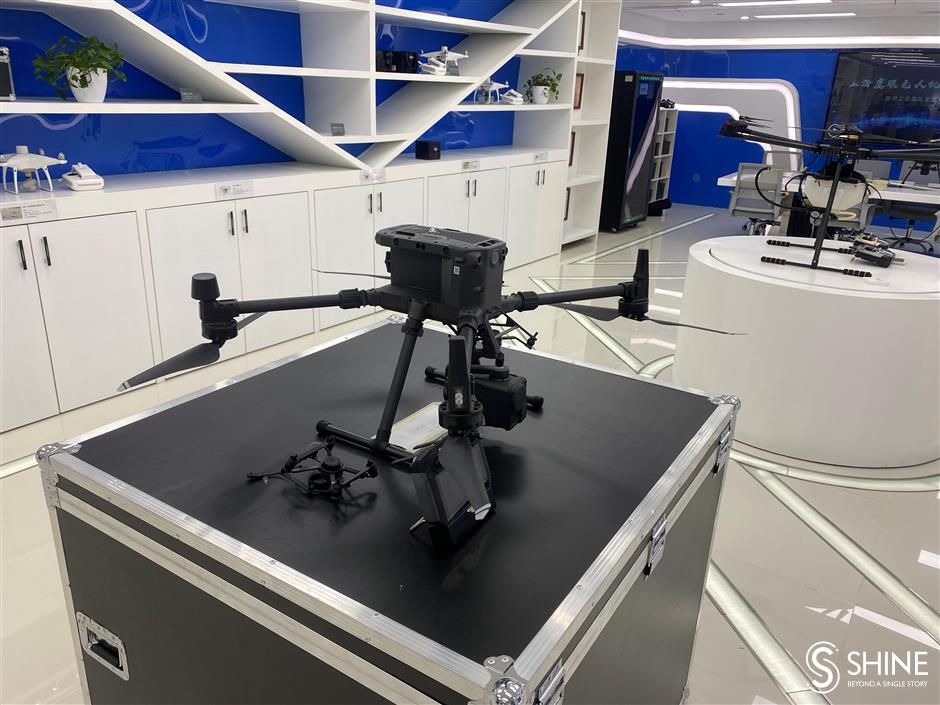 Along with the digital center, a team of 76 "eagle eye" drones with fire-breathing and laser functions controlled by 47 "pilots" also help maintain transmission lines across the city.

"The drones can use fire or lasers to burn dangerous items on transmission lines such as kites, plastic and balloons," Qiao said. "They have significantly reduced manpower and ensured the safety of our workers. In the past, workers had to climb ladders to remove the dangerous items."

In addition to operating on hot days, the drone team completed full-coverage inspections of more than 40 important transmission lines during the city's two-month lockdown in April and May. 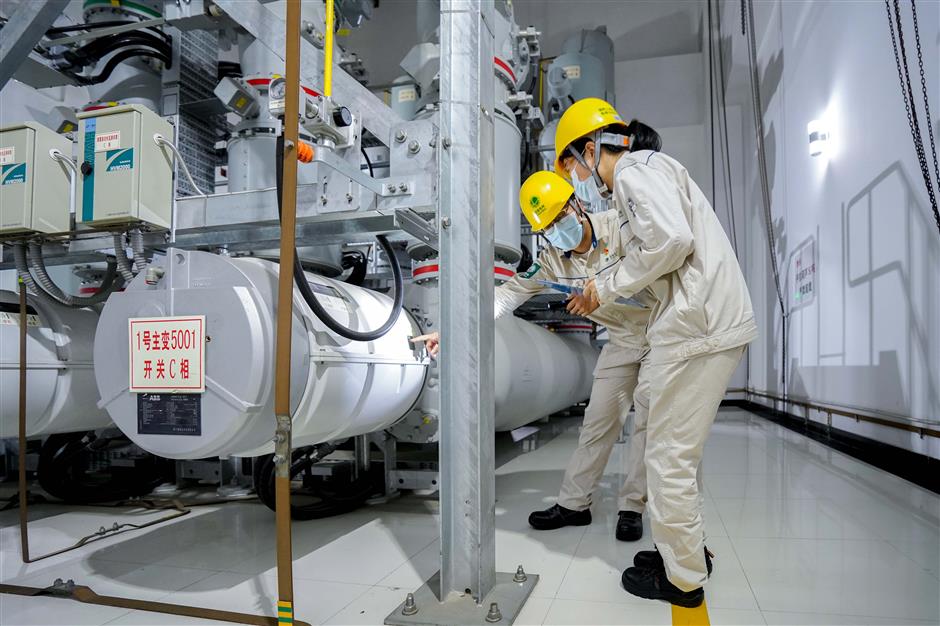 Hongyang Substation, a giant underground substation in Yangpu, is the heart of the city's electric system, providing uninterrupted electrical power to the northern part of the city including Yangpu and Hongkou districts.

It is the first fully subterranean 500KV smart substation in China, and one of two in Shanghai. Its primary equipment features smart online monitoring devices.

The substation came online in 2018. Along with the other underground 500KV substation in Jing'an District, it provides electricity for the downtown area.

Operation and maintenance staff can monitor the status of the substation's equipment via a digital system, alerting them of problems prior to regular inspections.

"This is like carrying out additional special inspections with 'physical examination reports' of the equipment," said Pan Zhengyu, who is in charge of the substation. "Unlike in the past, we can find hidden problems in a more targeted and accurate manner, and quickly solve them, which saves time and labor." 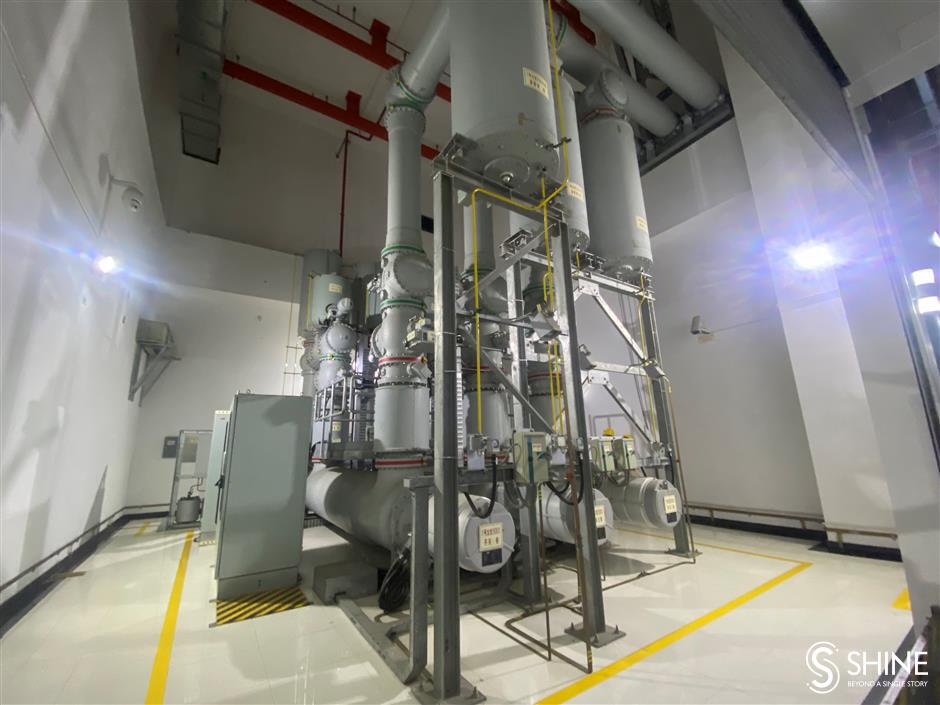