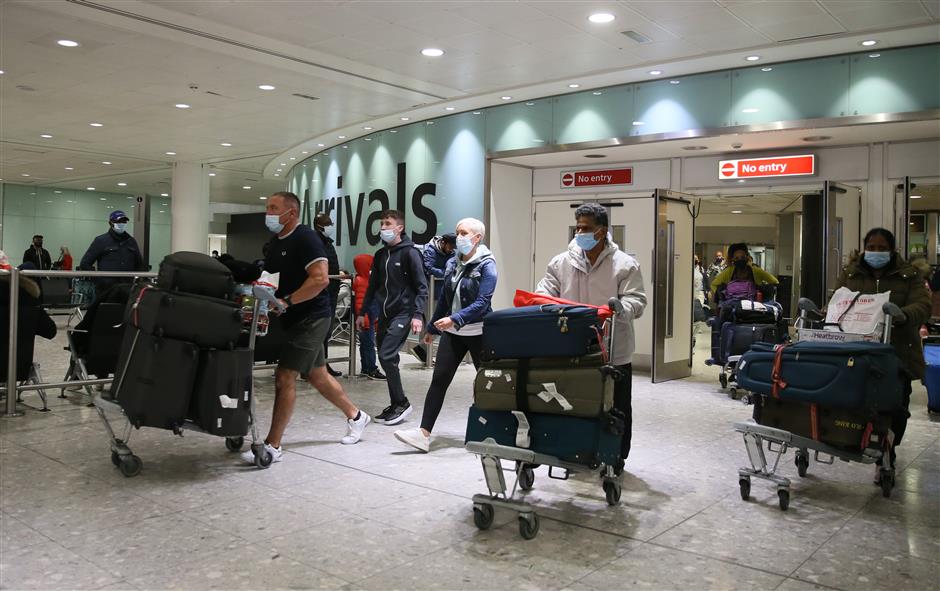 Passengers are seen at London's Heathrow Airport in a recent photo.

China's major airlines have announced the resumption of direct passenger flights between China and the United Kingdom from Thursday after over a year and half of suspension due to COVID-19.

Air China, China Eastern and China Southern – the nation's three largest carriers – along with Capital Airlines, have unveiled the first batch of direct flights between the two countries.

Air China, the nation's flagship carrier, will restore the Beijing-London flight every Thursday from August 11 and the Shanghai-London flight from Pudong airport every Saturday. An economy-class ticket is being sold for 12,270 yuan (US$1,823).

The Shanghai-based China Eastern will restore Flight MU551 from Pudong to London on Friday and August 19. Ticket sales have also begun on its official app.

The Guangzhou-based China Southern will operate the Guangzhou-London flight every Wednesday from August 17, while Capital Airlines, an airline based in Beijing, will restore the direct service from Qingdao in east China's Shandong Province to London from August 19.

The airlines have yet to announce details of the return flights.

The British Embassy in China said on Wednesday that China and Britain have agreed to resume direct passenger flights, which had been suspended since December 2020 to contain the spread of the novel coronavirus.

Passengers have had to transfer in European cities, such as Frankfurt, Copenhagen, Amsterdam or Paris, to fly between the two countries since. China Southern's previous flight between Guangzhou and London, for instance, stopped by in Paris, which prolonged the journey to nearly 20 hours.

After the resumption of the direct service, the Guangzhou-London flight will take some 11 hours, and the ticket price has also been largely reduced.

A London-Shanghai China Eastern ticket was sold for over 90,000 yuan in July, despite the transfer-transit process, compared with the more than 10,000 yuan for the resumed direct service.

The embassy noted that direct flights would initially be provided by Chinese airlines, and the resumption of service by British Airways is still being studied.