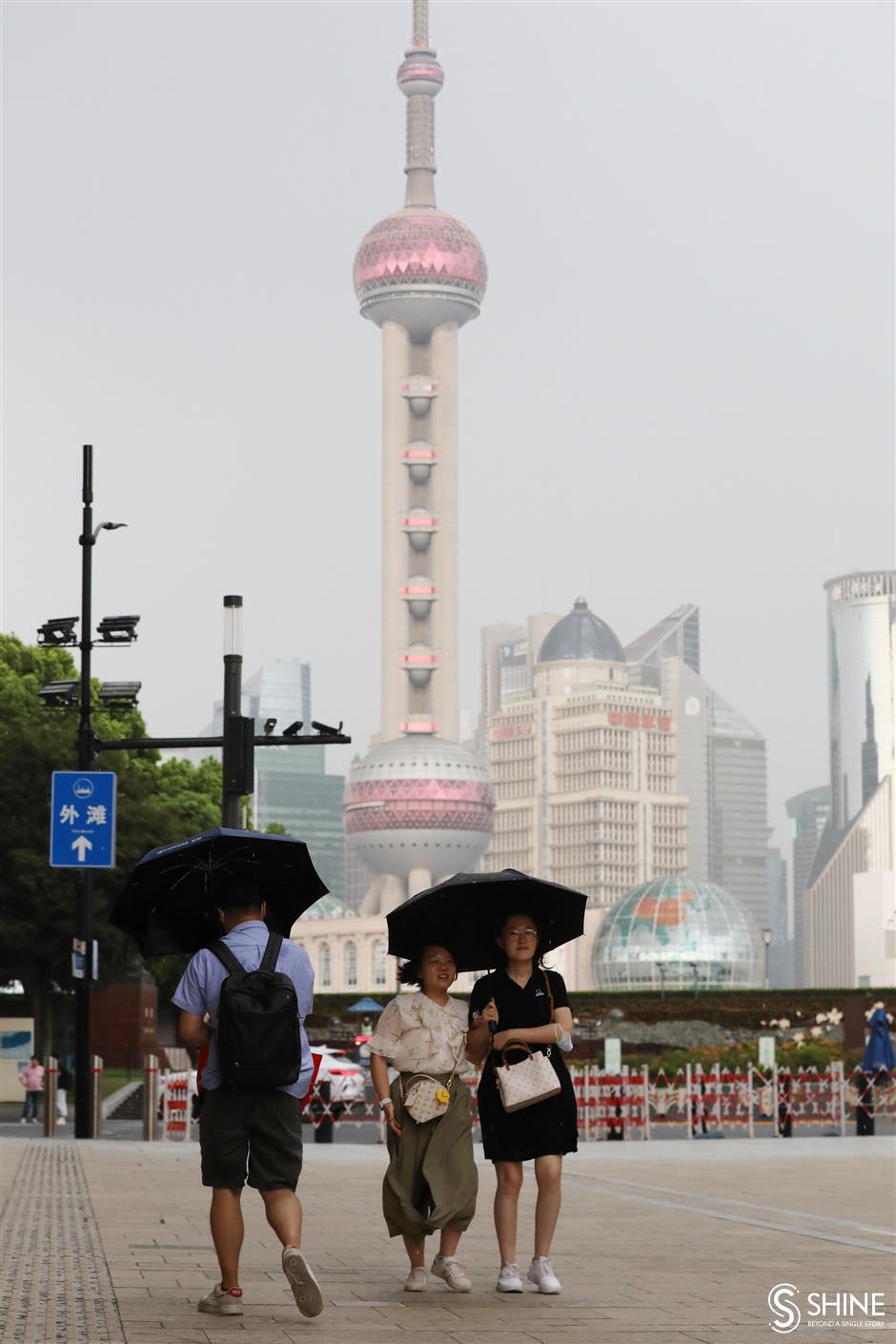 Pedestrians use umbrellas to protect themselves from the scorching sun on the Bund in Shanghai on Thursday.

The red alert is the highest in the city's three-color warning system.

It was the sixth day this year when the mercury climbed to 40 degrees or above in Shanghai, beating the record of five such scorching days in 2013.

Thursday was also the the year's 38th high-temperature day, defined as days when the mercury hits 35 degrees or above.

Weather forecasters predict that highs will be above 40 degrees for the next three days along with afternoon showers. Lows will be around 30 degrees.

And there is no respite anytime soon as the torrid hot weather will continue for the next 10 days with highs of 37 degrees and above and lows of around 30 degrees. 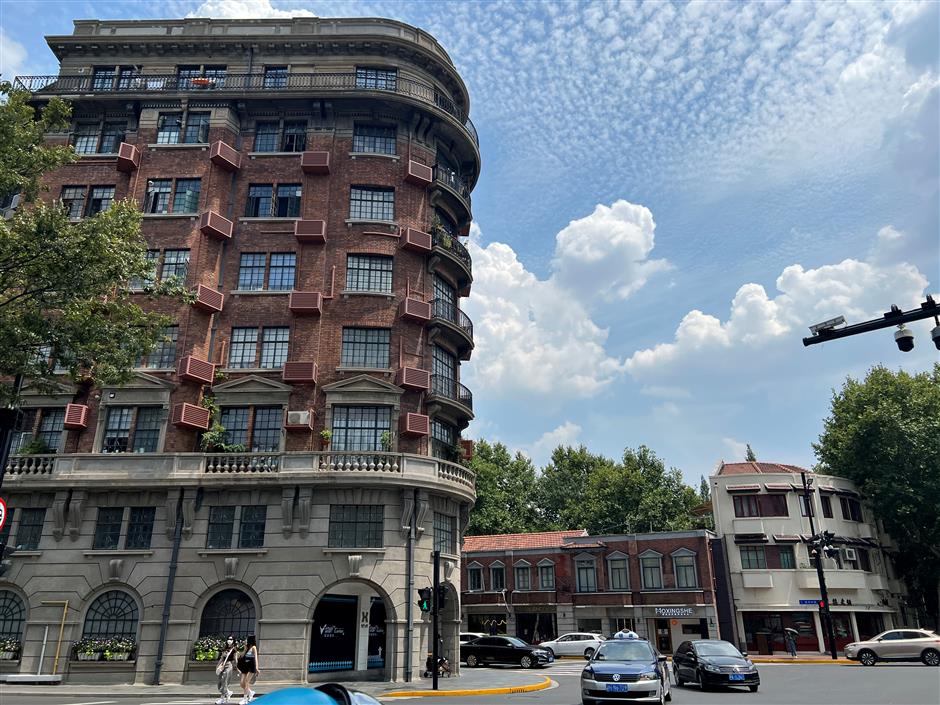 Despite the scorching heat on Thursday, a blue sky and white clouds enveloped the city.