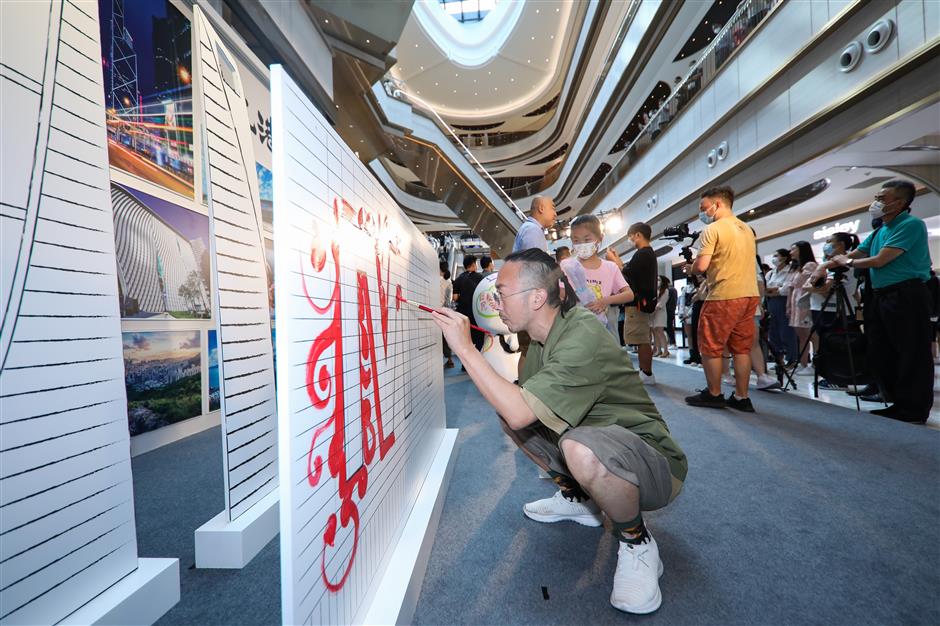 An artist at work.

Flash mob activities featuring artwork displays and interactive events are being staged in Beijing, Guangzhou, Shanghai and Chengdu through August to celebrate the 25th anniversary of Hong Kong's return to the motherland.

Over the weekend, a flash mob activity was held at the HKRI Taikoo Hui shopping mall in the Pudong New Area with artists from Hong Kong and the Chinese mainland jointly creating a giant art installation. It blended traditional Chinese calligraphy elements and Hong Kong graffiti art, showing the infinite possibilities of cultural integration. 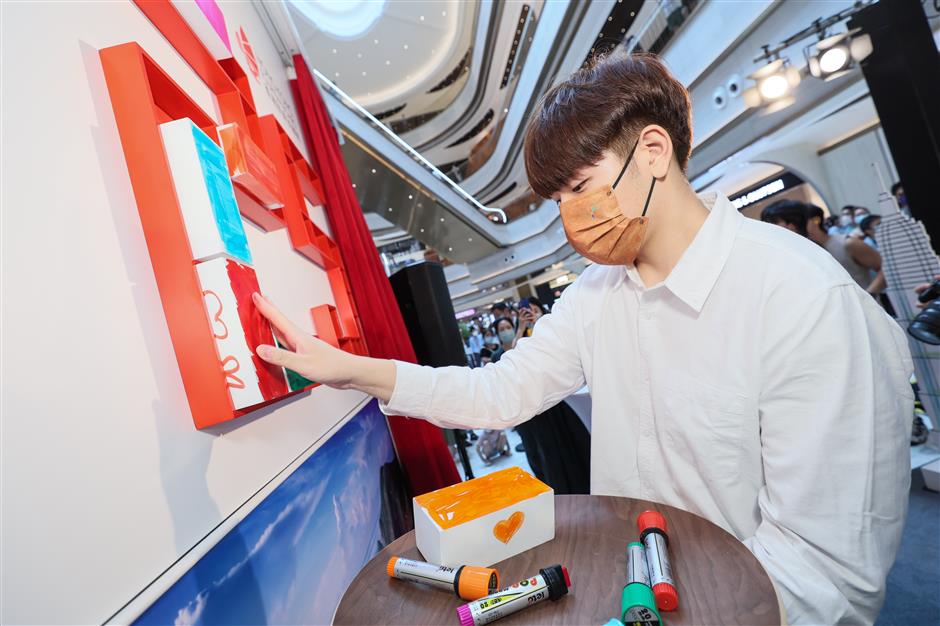 Building blocks are put together to form the figure 25 symbolizing the 25th anniversary of Hong Kong's return to the motherland.

At the scene, landmarks of Shanghai and Hong Kong were displayed, and visitors were invited to paint building blocks which were put together to form the figure 25.

The event was jointly hosted by the Hong Kong Economic and Trade Office in Shanghai under the Government of the Hong Kong Special Administrative Region and Hong Kong Tourism Board.

The event demonstrated the frontier art fashion and pluralistic and inclusive culture of Hong Kong to Shanghai residents and promoted the cultural exchange of Shanghai and Hong Kong, organizers said.

The event was launched on Douyin (the Chinese equivalent of TikTok) synchronously, inviting netizens to enjoy the flash mob performance and celebrate the 25th anniversary of Hong Kong's return to the motherland online.

Shanghai is one of the legs of the serial flash mob activities with Beijing, Guangzhou and Chengdu the other three stops. 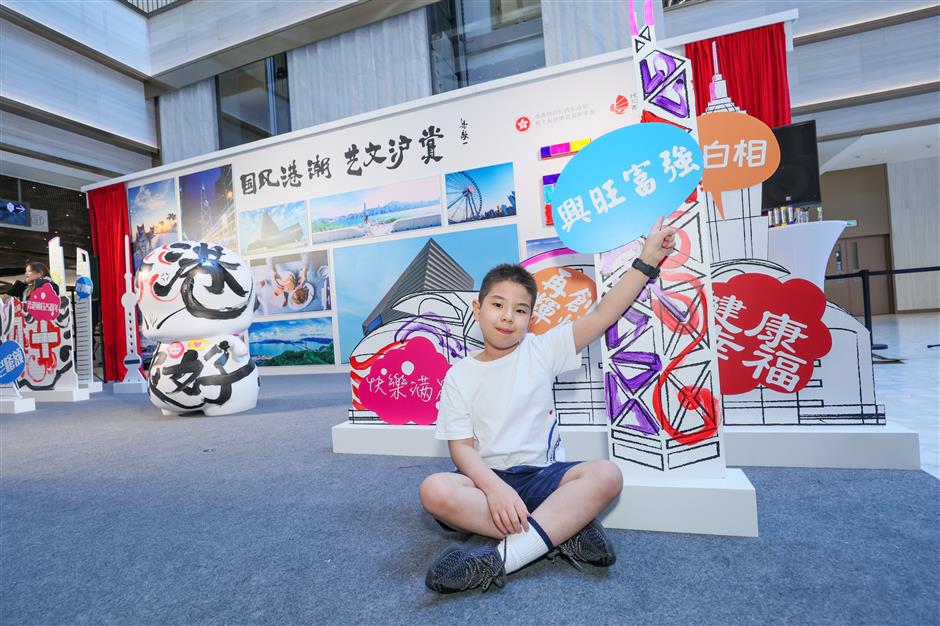