A 3-month-old Tibetan boy was discharged from Shanghai's Xinhua Hospital on Monday after a successful minimally-invasive surgery to repair his congenital esophageal disconnection.

The boy started to spit bubble upon delivery and was unable to eat. He was diagnosed with congenital esophageal atresia, a serious inborn deformity which means the esophagus is broken. 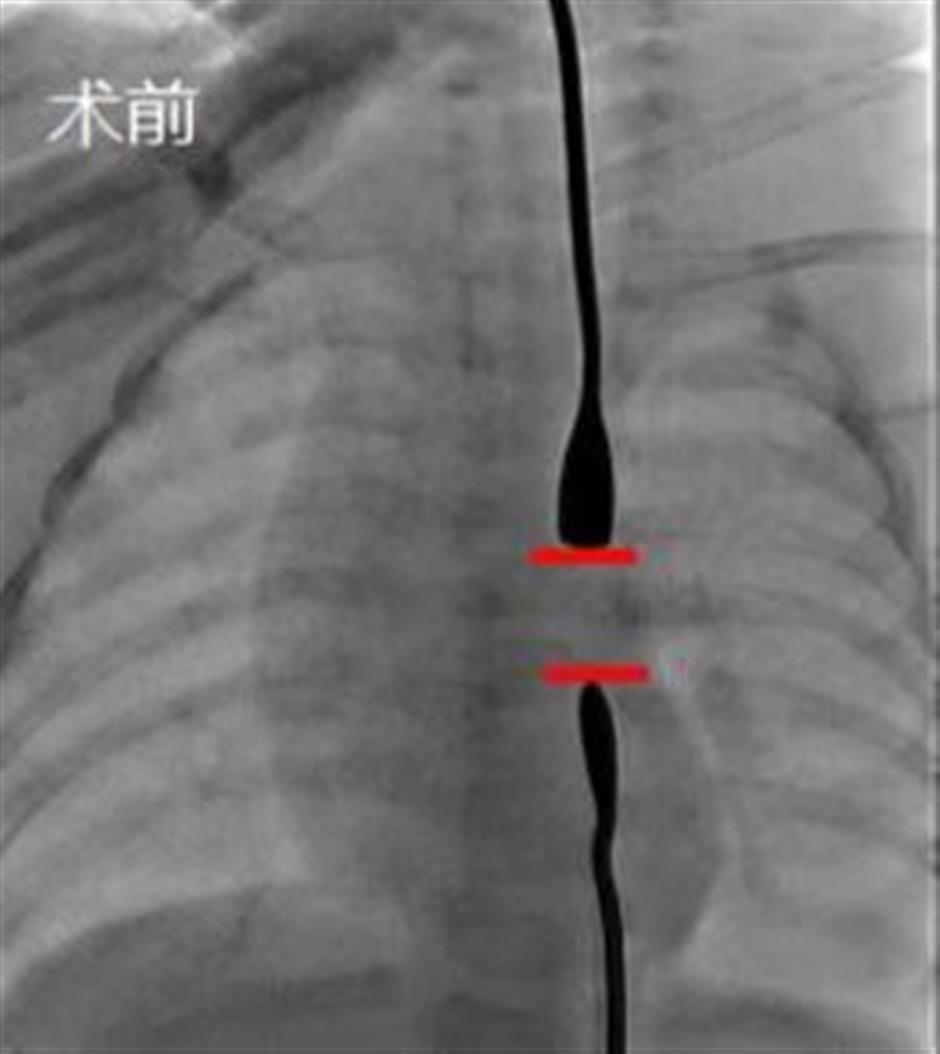 The distance of the disconnected esophagus was 4.8 centimeters.

On being fed, milk goes into such children's lungs. Without surgery, children with such deformity can die quickly due to malnutrition and pneumonia.

In addition, children with such deformity usually have multiple problems in other organs, doctors said.

For the boy, the gap between the two disconnected parts of his esophagus was 4.8 centimeters and he also had congenital heart disease.

The family took the boy to Shanghai's Xinhua Hospital, which designed a minimally-invasive surgery plan to reduce damage to him while repairing the deformity.

The surgery on July 21 only lasted one hour and 40 minutes with 2 milliliters of bleeding.

The boy recovered properly and is now able to eat. He has steadily put on some weight.

His overwhelmed father wrote a letter in Tibetan to express his gratitude to Shanghai medics. 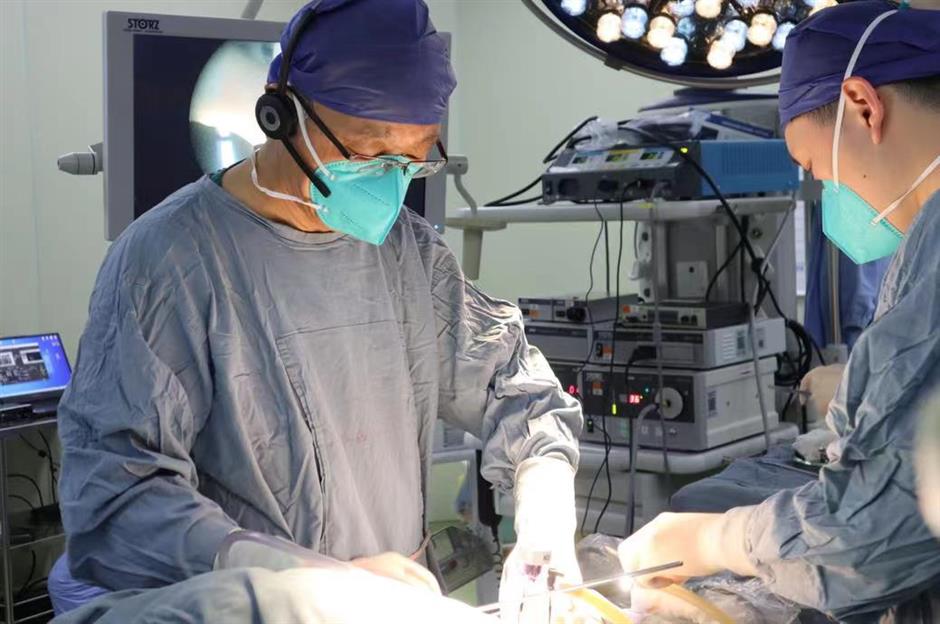 Doctors conduct a minimally-invasive surgery on the boy. 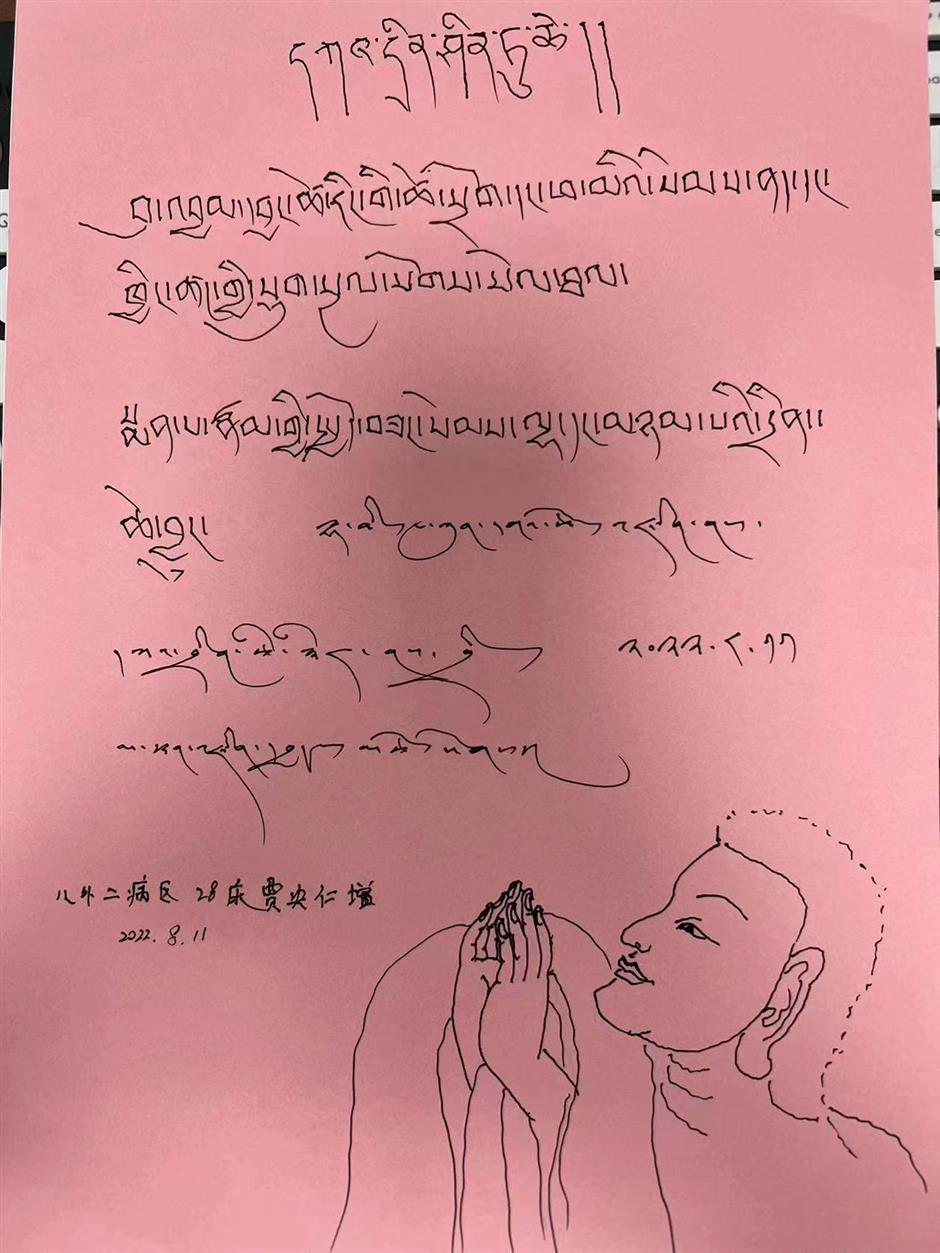 The boy's father wrote a letter in Tibetan to express his gratitude to Shanghai medics.