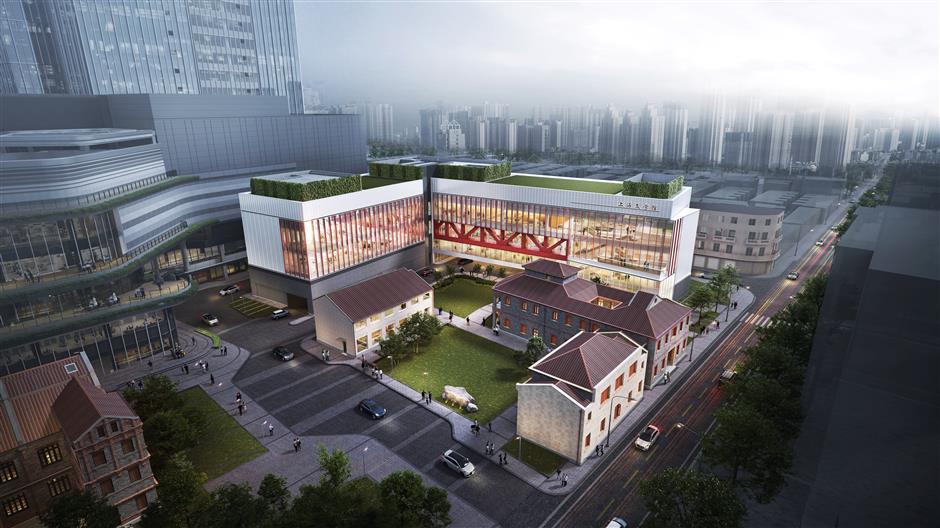 An artistic rendition of the Shanghai Literature Museum in Hongkou District

A literature museum will come up in Shanghai along with renovated historic houses to highlight the city's proud literature history and men of letters.

Construction began on Tuesday on the Shanghai Literature Museum near the landmark Sichuan Road N. in Hongkou District, where many influential modern Chinese writers once lived.

The museum, a joint effort of the Hongkou government and the Shanghai Writers' Association, will take up an area of 14,000 square meters and incorporate three listed historical buildings on Wujin Road, once a popular social site visited by Dr Sun Yat-sen.

The museum will collect, research and promote the haipai, or Shanghai-style, literature – modern literature works created in the city, the district government said.

The museum is scheduled to open to the public in 2024.

President Xi Jinping described Hongkou as the birthplace of haipai and advanced cultures as well as the gathering place of cultural celebrities.

According to the blueprint, the museum will gather and exhibit the city's literature archives to highlight the haipai and modern Chinese literature. It will also host academic researches, public education and cultural exchange events to gather the global literature art resources.

"The new literature museum will help recall the memory of the city and become the cradle of the city's future literature works," said Sun Ganlu, a famous local writer, who attended the opening ceremony of the museum's construction.

Sun said the museum was the common dream of several generations of local writers and scholars.

As a highlight, the museum includes three well-preserved historical buildings, known as Yihongyuan, or Zhao's Garden, which was a popular social place for local scholars and celebrities in the 1920s and 1930s.

Dr Sun visited the place thrice as a guest of the Zhao family. It was also one of the most popular wedding sites for local couples.

The INLET at the intersection of Sichuan Road N. and Wujin Road is a complex comprised of eight lanes that connect 60 shikumen houses and eight independent 100-year-old buildings.

After a series of renovations, the complex has retained its historical flavor and has become a new attraction that aims to revive the prosperity of Sichuan Road N., a traditional commercial street once on par with Nanjing Road E. and Huaihai Road.

The museum is also near the Memorial Site of the 4th National Congress of the Communist Party of China, the League of Leftist Writers Museum, and homes of renowned writers and intellectuals from the last century. 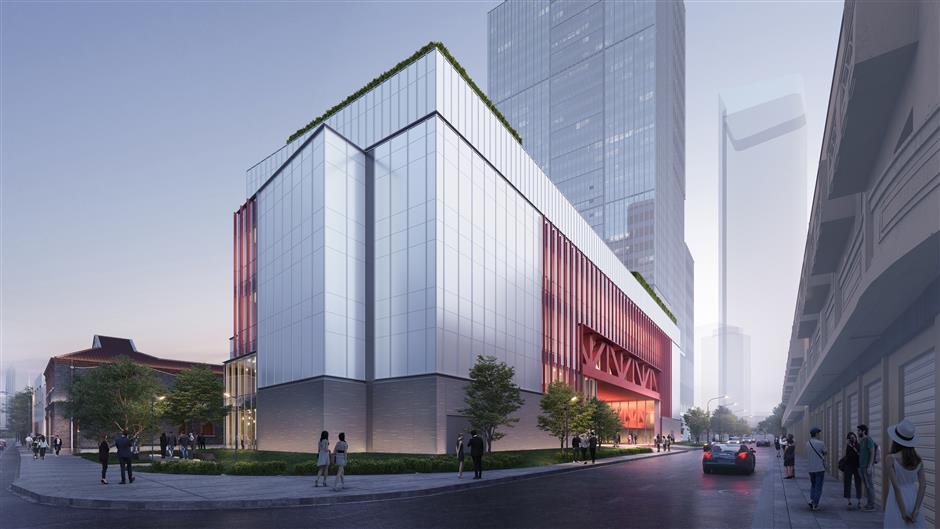 Another artistic rendition of the Shanghai Literature Museum in Hongkou District