Most out-of-town youngsters working in Shanghai would agree that housing rent accounts for most of their monthly expense, but what if renting an apartment or sharing one with a few strangers are not the only options?

A young couple, who have been dating for a year, has instead chosen to stay in a recreation vehicle trailer, completing almost a year in this converted abode.

Xin Pengkun, 25, hails from Qingdao, a port city in east China's Shandong Province. Having worked in the real estate sector for six years, he was well aware that if he and his girlfriend Huang Qiufeng were to rent an apartment in Shanghai, it would actually cost them quite a bit – definitely way more than living in a trailer. 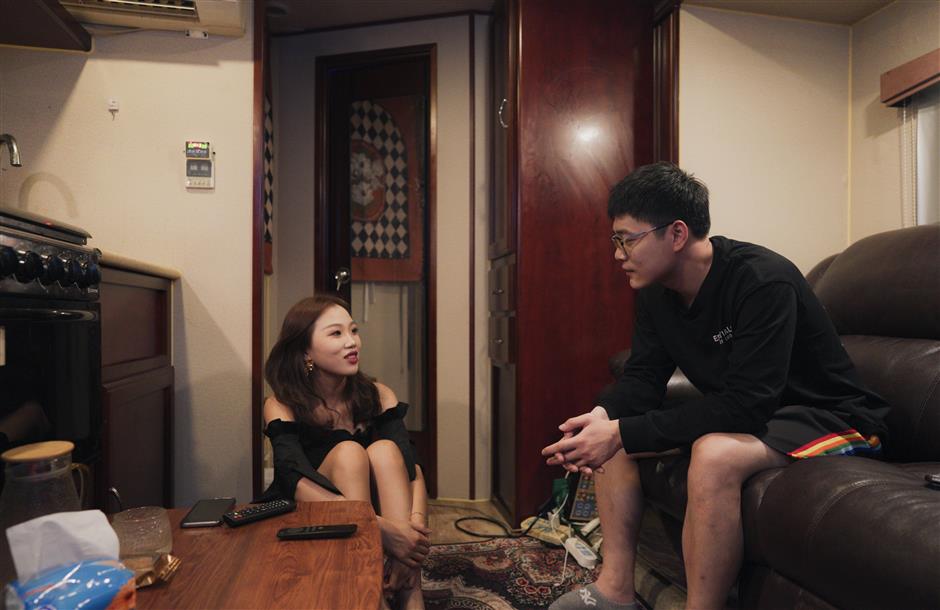 The trailer is not spacious, but enough for the couple.

"It's kind of a transition before I'm really determined to buy an apartment here in Shanghai. It's a huge decision. I have always been interested in new things, travel and stuff. The second-hand trailer actually didn't cost me a lot, I got it for a little over 100,000 yuan (US$14,430)," he revealed.

Knowing that the monthly rent would cost four to five times more than the parking fee and utilities in the industrial park where they currently park the trailer, Xin believes it's a much better deal.

Besides, the park has got security guards and surveillance cameras, so they needn't worry about their own safety or that of their valuables.

Xin said living in a trailer or an RV is becoming quite trendy. He's in a WeChat group and there are almost a thousand people who are living and travelling like themselves. Some of them have stayed in the same city for almost a year, and the rest are just travelling around the country. 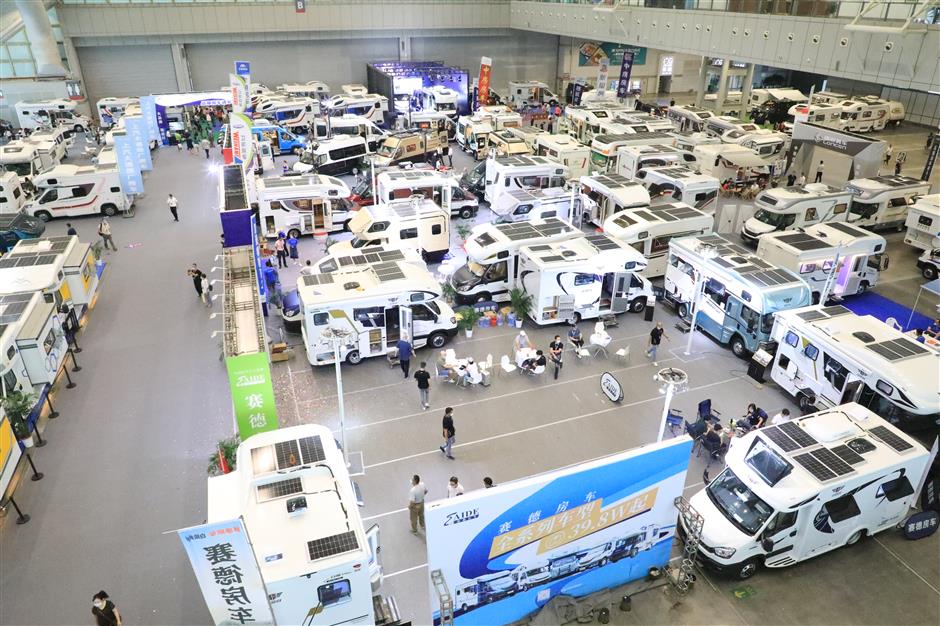 The 2022 Nanjing RV exhibition held in late August. More than 20,000 people visited the three-day exhibition and 300 RVs were sold.

However, it's not always easy to find a place to park an RV or a trailer for a long period of time, Xin pointed out. "You would probably need to negotiate with the property owner for better deals if you want to park there for the long term."

Also, it needs to have easy access to electricity and a place where you can get water and clean your RV's black tank. It's preferable that the place you park your RV or trailer is not far from work but those aren't easy to find, he observed.

Luckily for the duo, it takes them both less than 30 minutes to get to work.

One thing the young couple likes the most is probably asking some friends to come over for barbecue and drinks when it's cool outside at night. Xin's girlfriend Huang loves cooking for them using the trailer's cooker on the outside.

When the weather is not ideal or they just feel like staying inside, they just snuggle on the couch and watch a movie together. 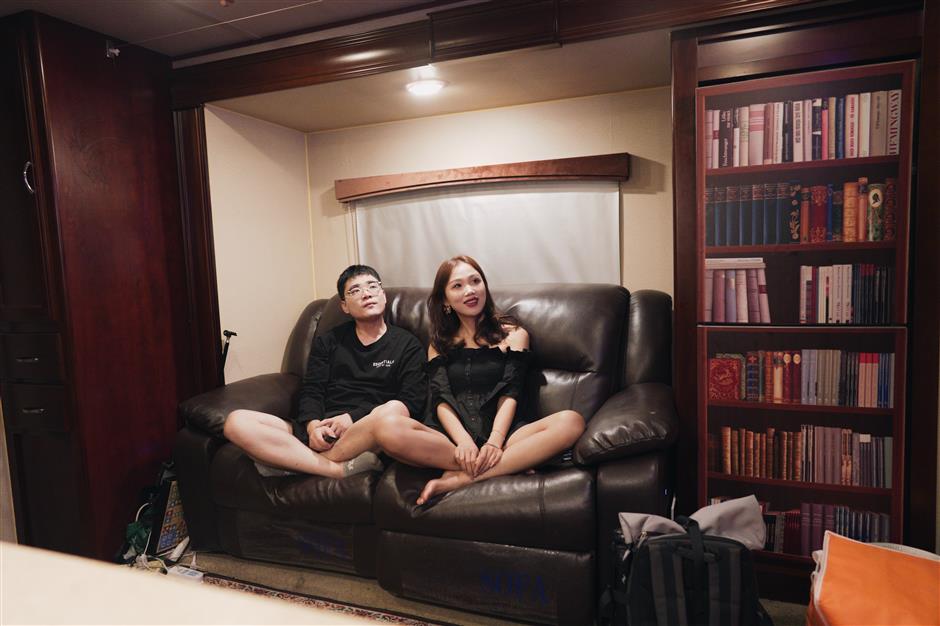 It's quite nice to snuggle on the couch and watch a movie.

Xin is also trying to get a C6 driving license, for which applications opened only in April, which would allow him to actually tow the trailer on the road. It's much more difficult than getting a regular driving license, he said. When he gets it, he plans to set out on a long-distance tour, probably to remote parts of China such as Xinjiang or Tibet.

Living and travelling in a trailer is one thing they can cross off their bucket list, the young couple said. Embracing this novel lifestyle has made them aware of the many possibilities and fun things to do.

The feeling of home is not brought by things, but by people you love. Home is where your loved ones are, Xin said. 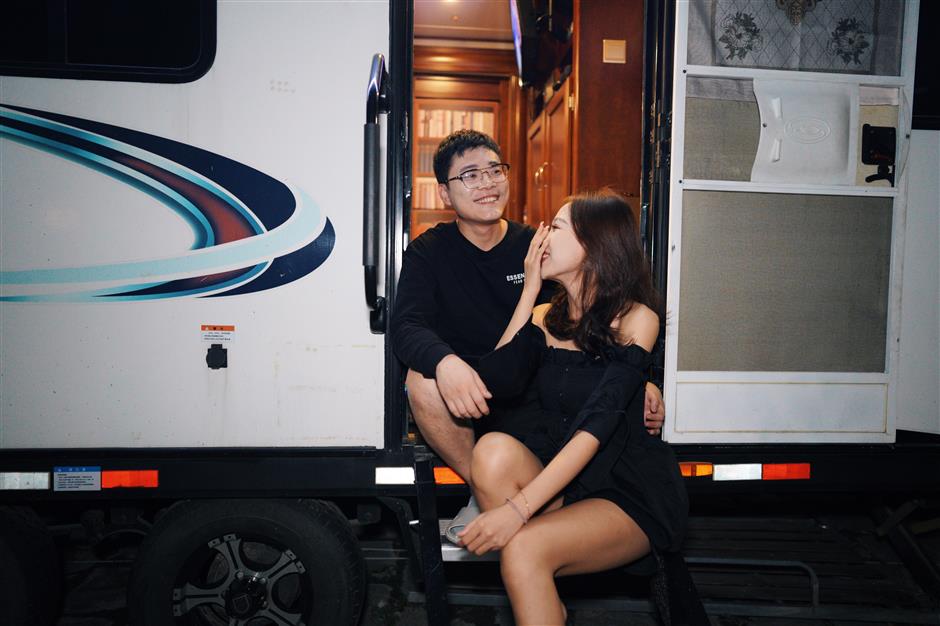 The couple loves staying outside the trailer when the weather is nice.