'Meeting Room on Top of Shanghai' debuts with forum 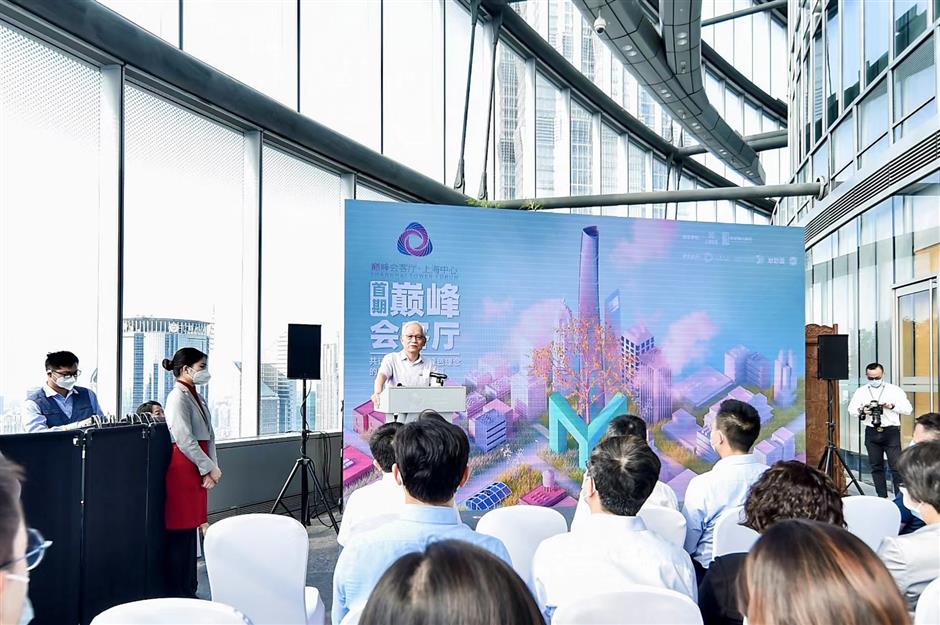 A new forum opens at the Shanghai Tower.

The "Meeting Room on Top of Shanghai" has opened 173 meters above the ground with the opening event kicking off over the weekend.

It's a newly launched forum hosted by Shanghai Tower, the world's third-tallest building at a height of 632 meters, in collaboration with Shanghai Y50 Institute, a think tank behind the annual Y50 Forum to engage young talent in the city's innovation development.

In the "Meeting Room" on the 37th floor of the tower, experts discuss hot topics in science, politics, art and other fields.

The opening session, themed around green, low-carbon development, was held on Saturday in the context that China pledges to cap carbon emissions by 2030 and achieve carbon neutrality by 2060, commonly known as "dual carbon" targets.

Challenges to achieve "dual carbon" targets and the energy future were discussed.

An Miao, chief engineer of the Shanghai Environment Group, stressed the responsibility of industries and companies to cut carbon emissions.

Currently, 47 projects such as power stations and solid waste treatment plants are operated or being built by the environment group, most of which have great potential to cut carbon emissions, An said. 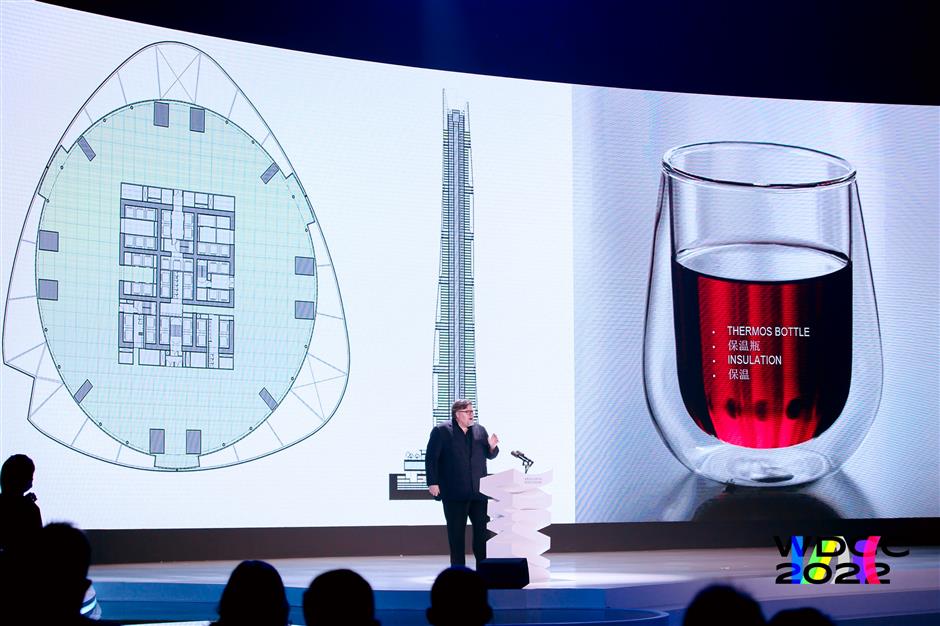 Shanghai Tower is widely regarded as the world's greenest skyscraper for incorporating more than 40 energy-saving features.

Marshall Strabala, Shanghai Tower's chief architect, compared the design to a thermos bottle as the double-skin facade provides excellent insulation and reduces energy costs. That means enough savings to build another Shanghai Tower in the next 60 years, he said during the World Design Cities Conference that wrapped up in Shanghai on Sunday.

He believes low-carbon designs are the future and Shanghai is promoting the idea in its urban planning. Using the North Bund as an example, he revealed that a 480-meter-tall tower will be the next generation of Shanghai Tower, featuring greener designs.