A more seamless way for commuters to take Metro 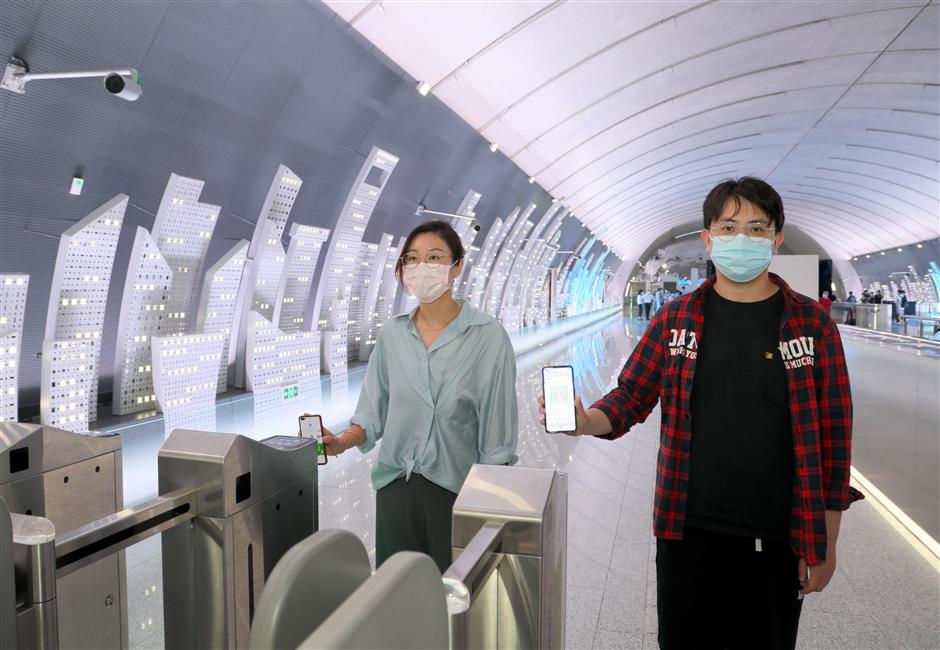 Passengers scan the integrated code on the Daduhui app to enter a Metro station.

Local subway commuters can use Alipay and WeChat to take the Shanghai Metro beginning next Wednesday, September 28, without having to scan the venue code.

Fast pass channels will be set up at 105 Metro stations that have a large number of passengers during rush hour so Alipay, WeChat and Daduhui users can enter more quickly.

Shentong Metro noted that passengers must scan the same code they show Metro staff to go through the turnstiles. Otherwise, it will be deemed a violation against the city's COVID-19 prevention rules.

Currently, passengers must show their venue codes when using public transportation cards or scan the integrated code on Daduhui to take the Metro.

The Metro operator launched Daduhui in 2018 to enable passengers to use mobile payments for tickets.

As the city emerged from its two-month lockdown in June, it initiated the integrated code on Daduhui that incorporates PCR test durations, health QR, venue and ticket codes.