Cheongsams are on display at the Jing'an District Culture Center in Shanghai. 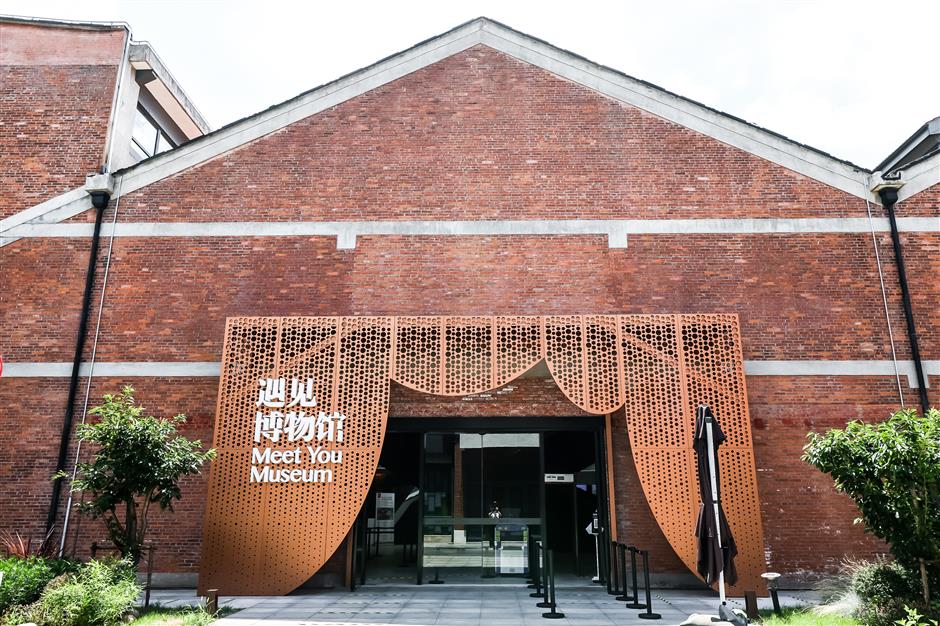 During a three-day livestreaming event that kicked off on Tuesday on Shanghai Jing'an (上海静安), the district government's app, cultural and tourist coupons worth more than 250,000 yuan (US$35,650) are being distributed, involving tickets, cultural and tourist souvenirs and coupons at catering venues. 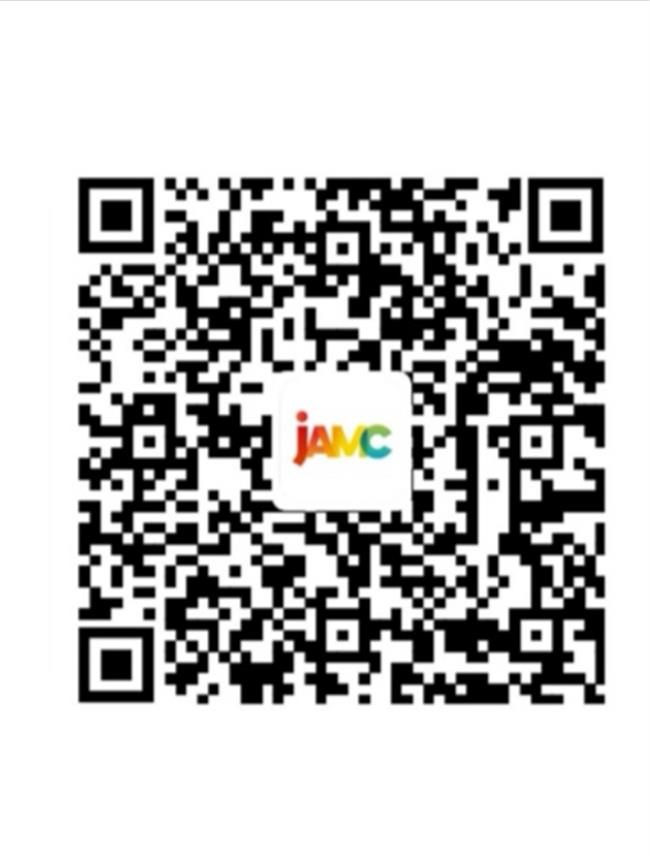 The code for viewing the livestreaming on WeChat 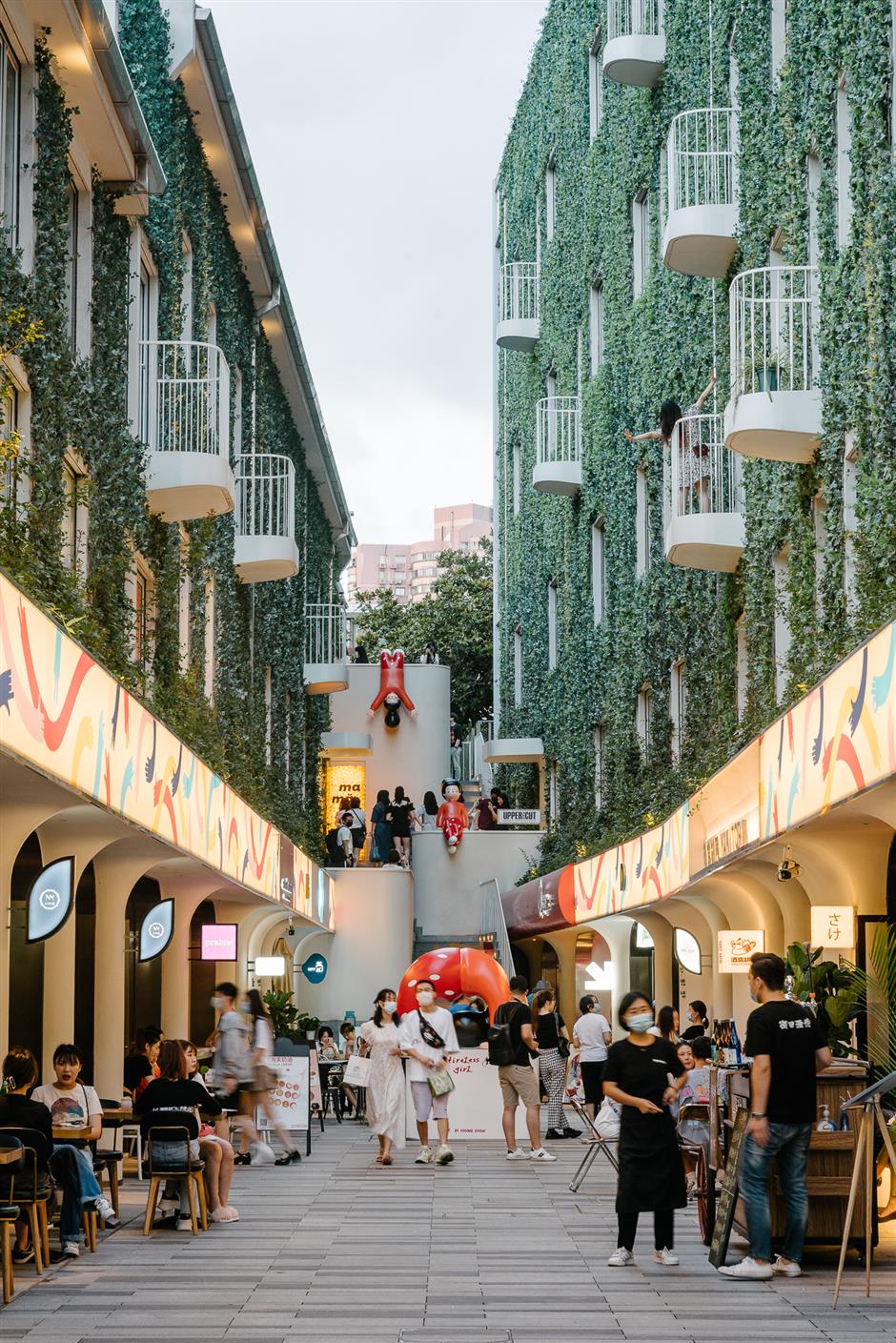 An innovation park on Xikang Road in Shanghai's Jing'an District

The livestreaming will continue on 10am on Wednesday and 4pm on Thursday with playbacks available on the Shanghai Jing'an WeChat account. To participate in real-time interactive activities and draw coupons, people need to join via Shanghai Jing'an app.

"Cloud tours" themed on "Shanghai flavor," Suzhou Creek and fun attractions of Jing'an are hosted, inviting citizens and tourists to enjoy the pleasant autumn cultural and tourist splendor of the district.

The tours will take people for a stroll on Nanjing Rd W., and they can hear stories behind inheritors of the intangible cultural heritage of snack-making craft at Wang Jia Sha, a Shanghai restaurant famed for its local snacks.

The techniques and cultural essence behind Wang Jia Sha's snacks will be shared.

At Lvyangcun Restaurant, another time-honored restaurant in the district, chefs will share the secrets behind its famous green vegetable stuffed buns.

Inheritors of Longfeng cheongsam-making technique, a listed heritage, will display the craft at the Jing'an District Culture Center, and Kunqu opera performers will wow watchers with "The Peony Pavilion" performance during the livestreaming. 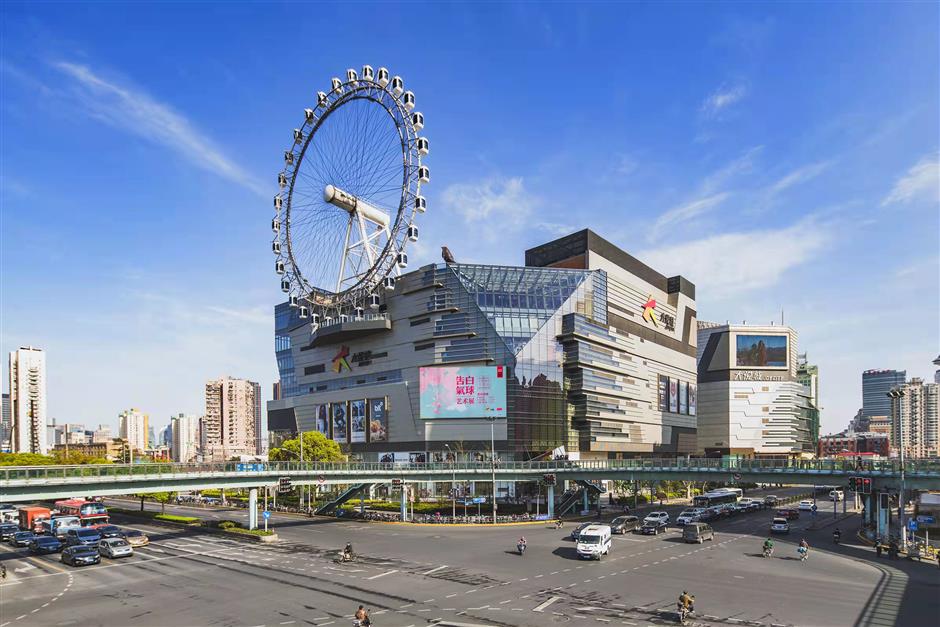 The "Sky Ring" Ferris wheel on the roof of Joy City shopping mall. 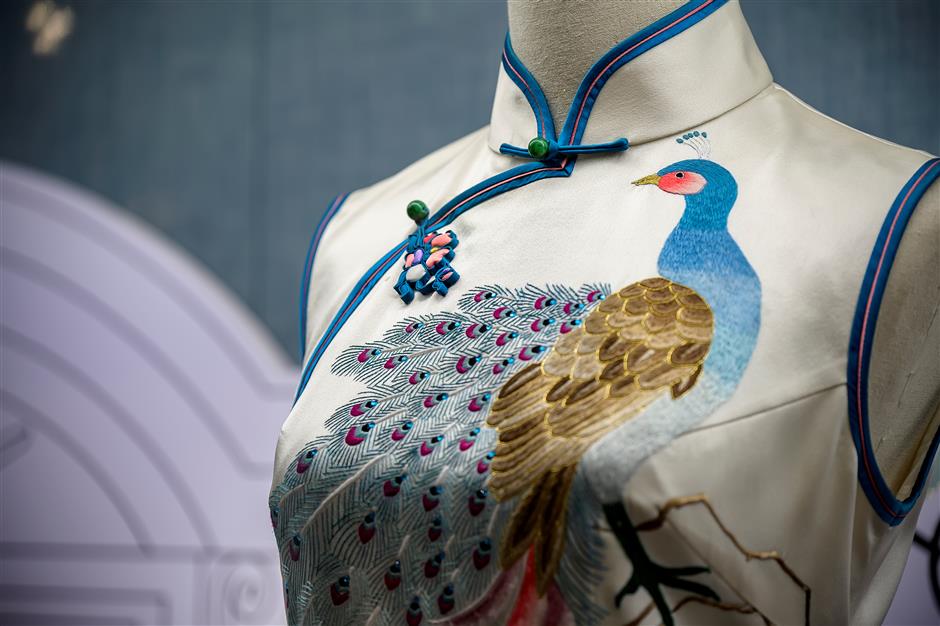 Display of cheongsam at the Jing'an District Culture Center

The history of Sihang Warehouse will be shared as well, and the art bookstore of the Shanghai Theatre Academy and Meet You Museum are included in the trip, blending art and exhibition elements into the journey.

Along Suzhou Creek, a number of attractions and venues will be explored, stringing the former residence of Chairman Mao Zedong; M+ Mali Innovation Park, which has been converted from a pigment plant into a new art landmark of the district; the century-old Tianhou Palace in the Suhe Bay area; and 56-meter-diameter "Sky Ring" Ferris wheel on the roof of Joy City shopping mall.

Tianhou Palace, or the Goddess Palace, was built 136 years ago along Suzhou Creek, becoming the city's biggest temple to Mazu, goddess of the sea. Later, it was renovated into a Taoist temple, and part of it functioned as a hospital. 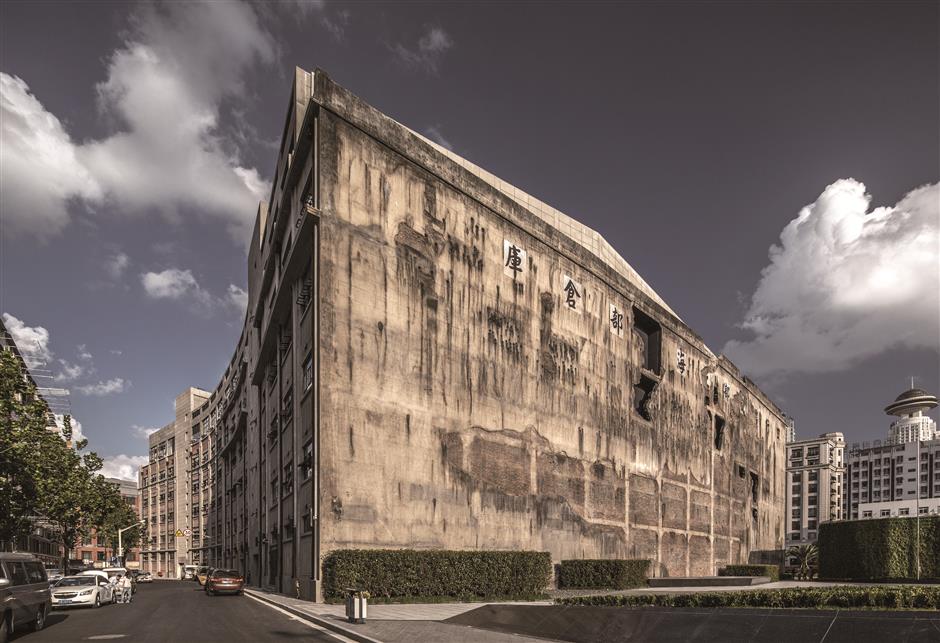 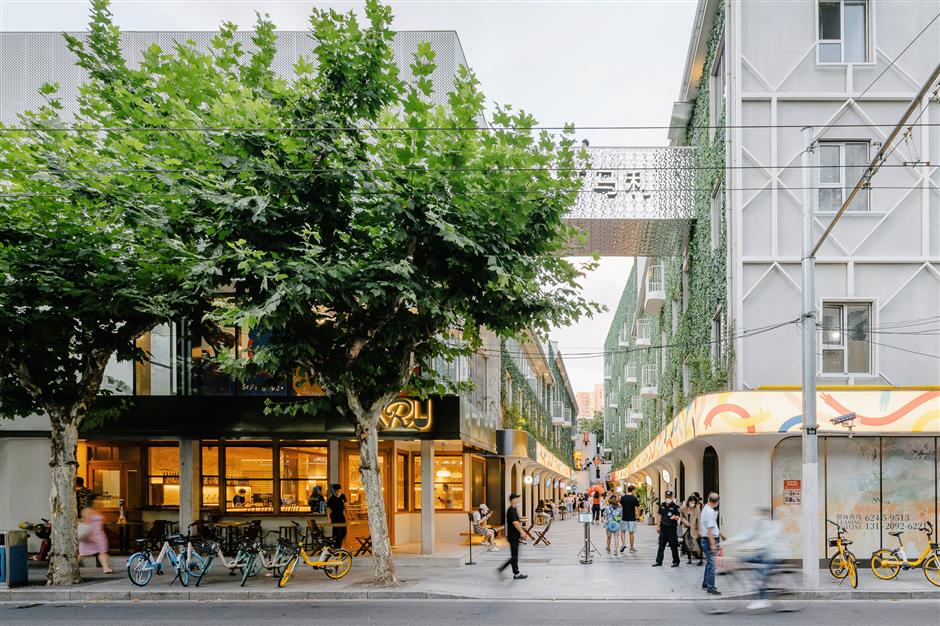 An innovation park on Xikang Road

The livestreaming is part of the ongoing Shanghai Tourism Festival, the annual tourist extravaganza in the city, which is in its 33rd year.

Running between September 17 and October 6, it features nearly 200 online and offline activities. 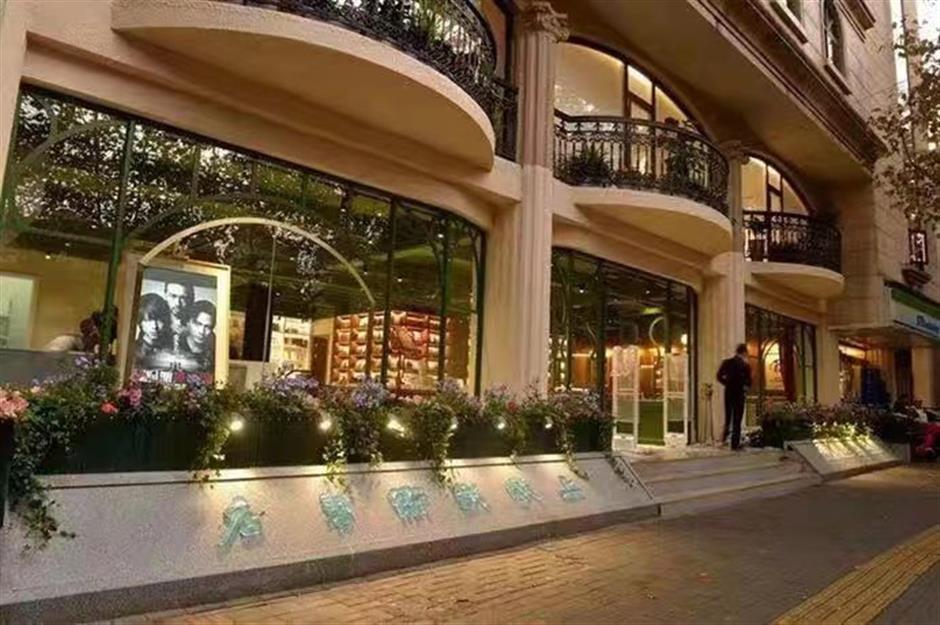 The art bookstore of the Shanghai Theatre Academy