There are about 10 million people with alzheimer's disease in China. With the aging population on the rise, the figure is expected to surpass 30 million in 2050. However, there is low awareness, low rate of medical check-ups, and low treatment in the nation, medical experts said on Wednesday, World Alzheimer's Day.

"People usually don't have very significant symptoms in early stages and the disease develops slowly, so some patients have already missed the optimal time for intervention while receiving a diagnosis," said Dr Lou Zhiyin from Xinhua Hospital's neurology department.

"It is important to promote public education and call for early screening and identification to improve patient condition and increase their quality of life." 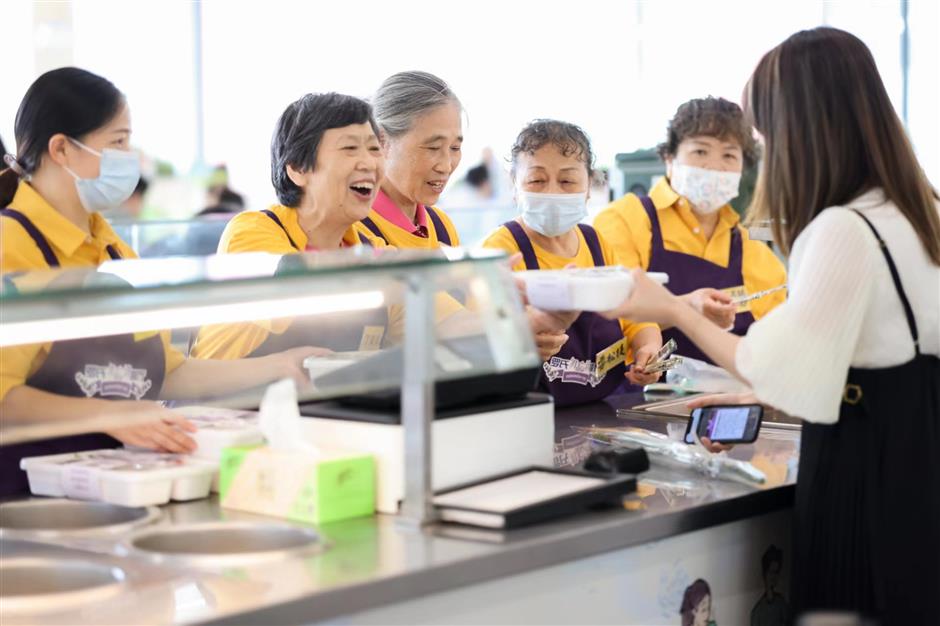 Elderly people serve at the "Remember Me" cafeteria at the headquarters of pharmaceutical company Roche in the Pudong New Area on World Alzheimer's Day on Wednesday.

To mark the special day, a pop-up Memory Café opened in Changning District. Several elderly volunteers tried to deliver coffee to customers as a way of more interaction with the society.

On the same day, pharmaceutical company Roche opened a "Remember Me" cafeteria in its Chinese headquarters in the Pudong New Area. There, elderly people became helpers to communicate and deliver food to company staffers and event participants, reminding people to care more for their brain health.

The China 2030 Health Plan has paid high attention on cognitive disorder. It aims to reduce the incidence of the disease among people aged 65 and older by improving public awareness, and having 80 percent of elderly people screened for the ailment.