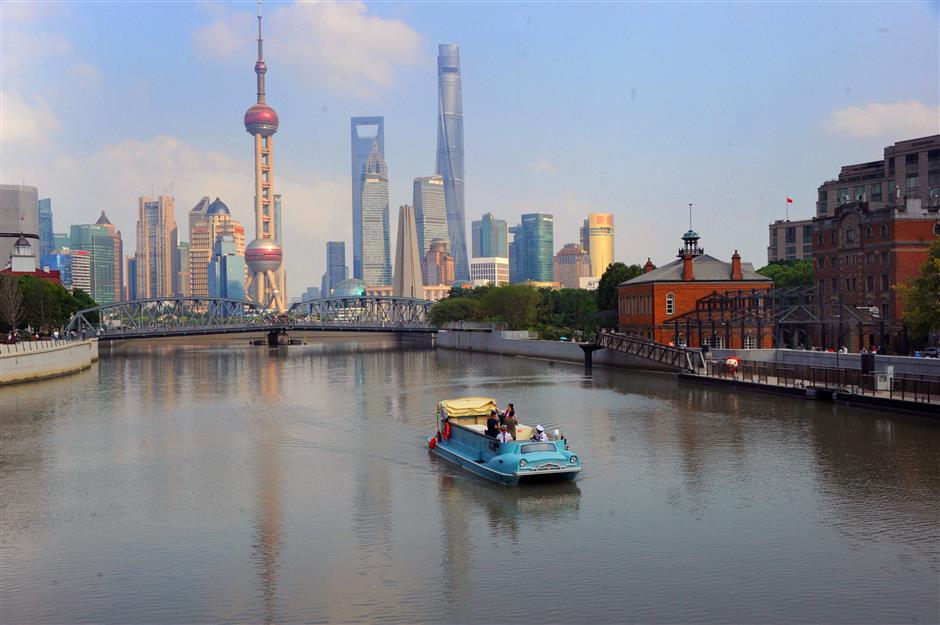 A cruise ship sails on the Suzhou Creek.

The Suzhou Creek cruise services will gradually open to the public from October, with eight new docks to be completed by the end of 2022 near local landmarks such as the Bund and World War II relic Sihang Warehouse, a city official said on Thursday.

Additional docks will be built along the creek and the cruise routes will also be optimized for the convenience of citizens, said Yao Kai, director of the Shanghai Housing and Urban-Rural Development Commission.

The cruise service, which has been under test operations since September 17, will feature two routes and boat types to begin with.

Visitors can choose a one-hour tour along the entire downtown section of the creek, or a 15-minute cruise from Sihang Warehouse to the Bund.

"More recreational space will be developed along the Huangpu River and the creek for citizens and tourists to watch new exhibitions or take part in sports events," Yao told a press briefing of the city government.

Shanghai has opened up the waterfront along the 45-kilometer-long section of the Huangpu River and 42-kilometer riverside paths along the creek.

The Huangpu River waterfront region will be further expanded by two kilometers from Xupu Bridge to the suburb of Minhang District, said Yao.

Some remaining downtown disruptions along the river, such as the Gongqing Forest Park and the University of Shanghai for Science and Technology, both in Yangpu District, will open up by the end of the year. 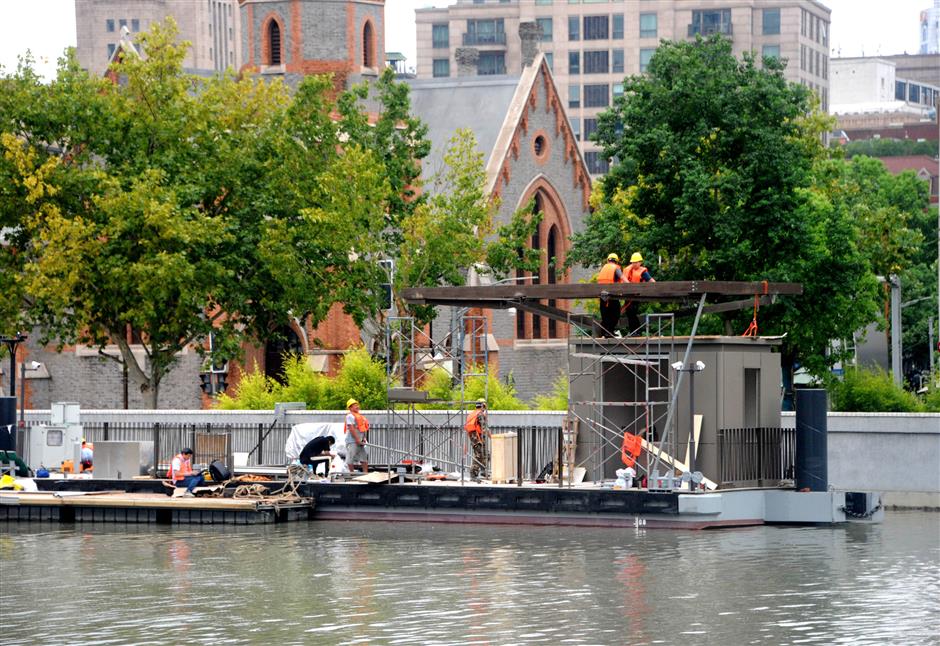 A dock under construction, for the Suzhou Creek cruise

Some new attractions will also open soon. They include the WorldSkills Museum in Yangpu, Xiepu Road industrial relics in the Pudong New Area, and the Star Museum on the West Bund in Xuhui.

As a highlight, an ancient vessel museum will be built at the former Shanghai Shipyard in Yangpu to display a wooden vessel, dating back to the Qing Dynasty (1644-1911) and found sunken in the Yangtze River Estuary.

The salvage and protection on the vessel, named Yangtze River Estuary No. 2 Ancient Vessel, have begun since March this year.

The second Suzhou Creek regatta will also be held this year. It has been rated one of the most popular sporting events by citizens after the inaugural event was initiated last year.

Other attractions along the Huangpu River include an international equestrian center at the former World Expo 2010 site in Pudong, and a comprehensive water sports center at the Wusongkou International Cruise Liner Terminal in Baoshan, which has been long suspended since the COVID-19 outbreak in 2020.

Apart from the riverside regions, the city's water environment elsewhere has also been largely improved, according to Hu.

All the smirky waterways have been eliminated, while 95 percent of the garbage being classified according to official stipulations.

A total of 303 square kilometers of land in Shanghai has reached the standard of the "sponge city" to reduce water logging, while collecting and recycling rainwater. The Lingang New Area in Pudong has listed as a "sponge city" pilot project by the United Nations. 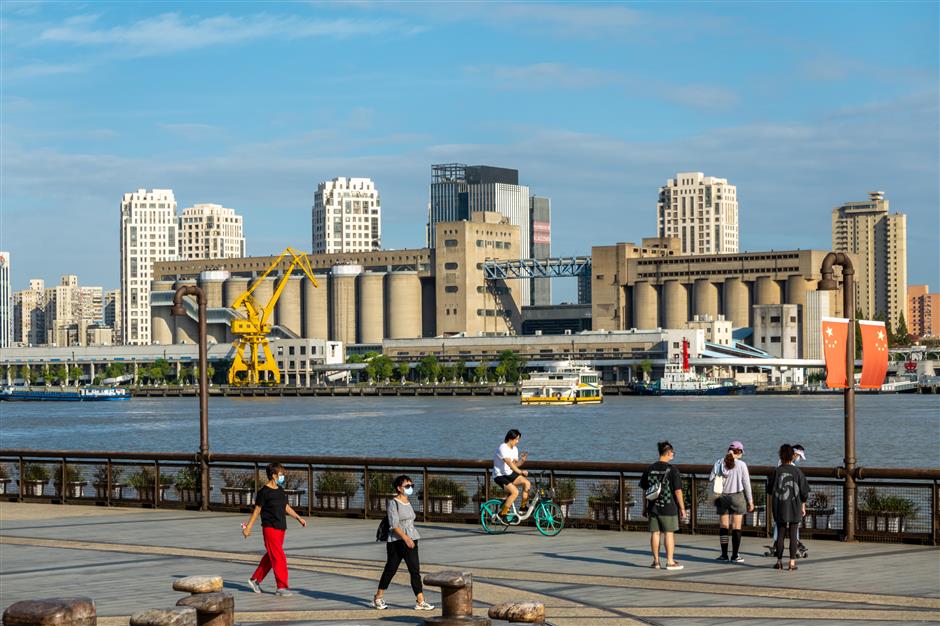