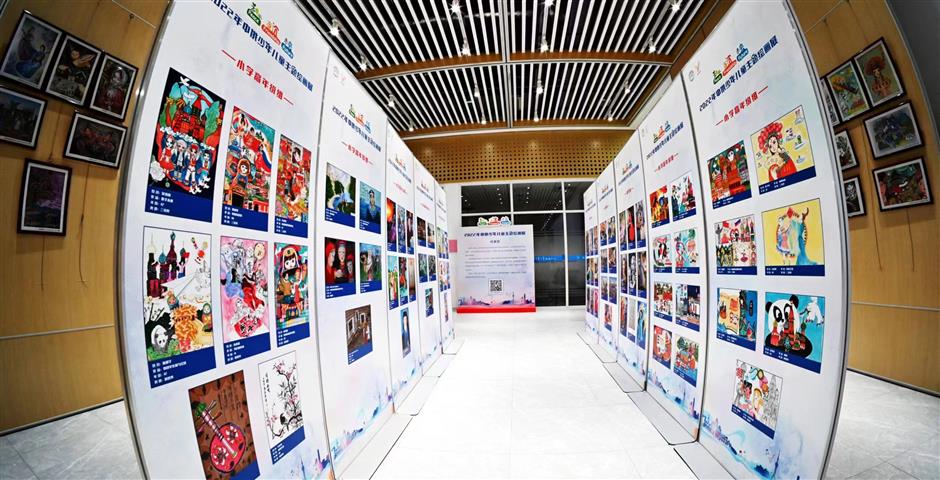 Over 200 paintings by Chinese and Russian children are on display at the Shanghai Youth Activity Center.

Over 200 paintings by Chinese and Russian children are on display at an exhibition themed "Peace, Friendship, Future" launched on Wednesday to celebrate the 73rd anniversary of the establishment of diplomatic relationship between China and Russia.

Over 300 paintings were received and about 200 were selected, according to the organizers. 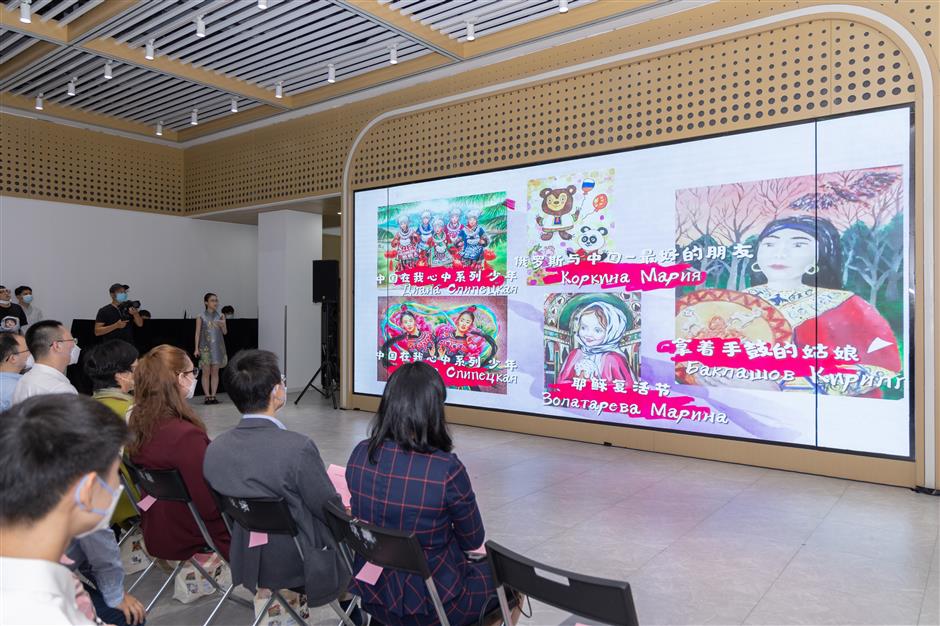 Some outstanding paintings are shown at the opening ceremony of the exhibition.

"The Chinese and Russian Children have used their paintbrushes to paint the love and hope in their hearts, as well as their expectations of peace, friendship and future," said Jing Ying, deputy director of the Shanghai People's Association for Friendship with Foreign Countries.

Podareva Anastasia, a Russian poet, painter and translator in Shanghai, said she was touched to see paintings by Children.

"Their work shows the pursuit of peace and love, which is shared by all human beings, but expressed in different ways", she said. "We need to reflect on it as adults to make the world a better home for all of us." 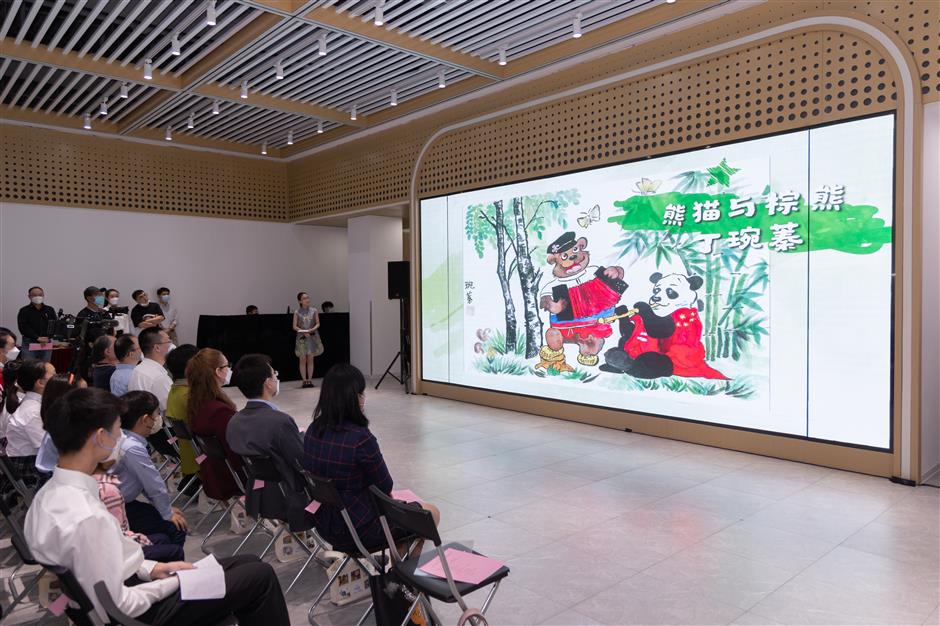 Some outstanding paintings are shown at the opening ceremony of the exhibition.

The paintings will be exhibited at the Shanghai Youth Activity Center through the end of October and go on display in Khabarovsk later. 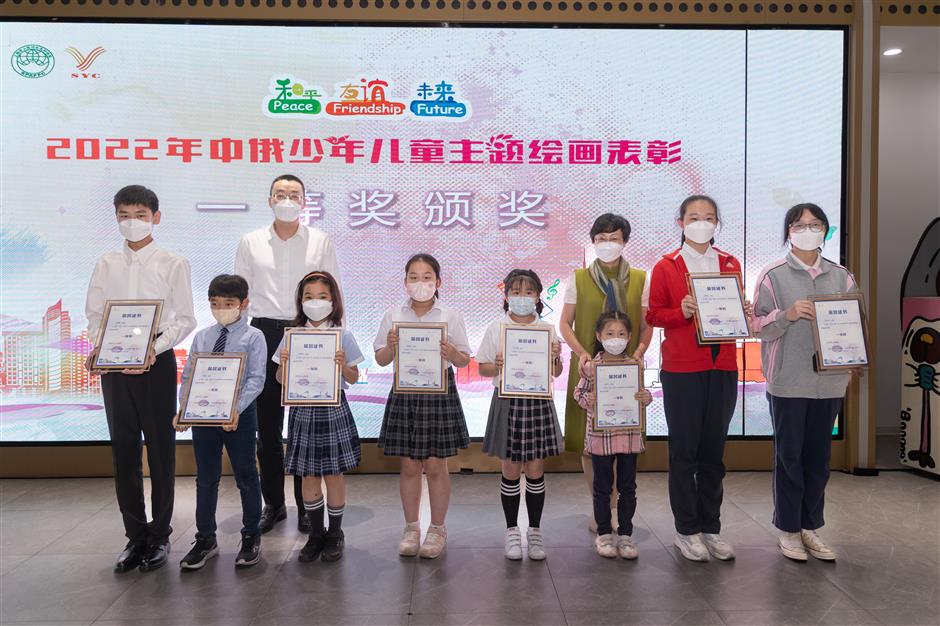 Winners are awarded at the opening ceremony.

Dates: through the end of October