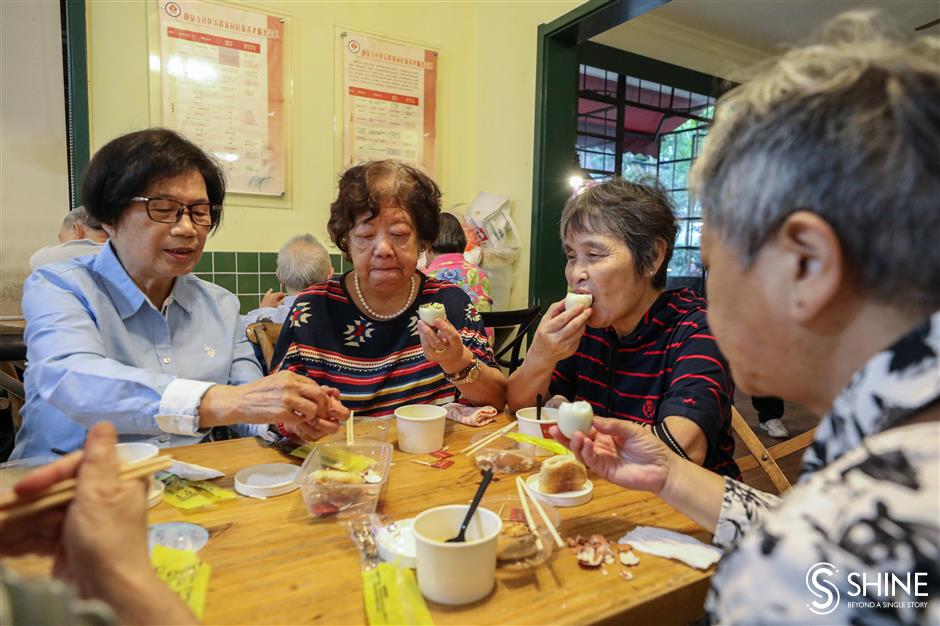 Ms Zhang walked briskly to a lively community rendezvous for a taste of childhood memories on Thursday morning.

Zhang, in her 70s, had a special breakfast with her friends and neighbors at the community eldercare service station in the Jing'an Temple Subdistrict.

The site, on 766 Changle Road, is nextdoor to the alley where she lives. But on that particular day, she woke up earlier than usual, anxious to try the new breakfast menu, especially the Shanghai "big four" breakfast combo – soy milk, dabing (big flatbread), youtiao (fried dough sticks) and cifan (glutinous rice balls).

"They taste so good," Zhang told Shanghai Daily, brimming with excitement. "It brought back childhood memories. I feel so touched." 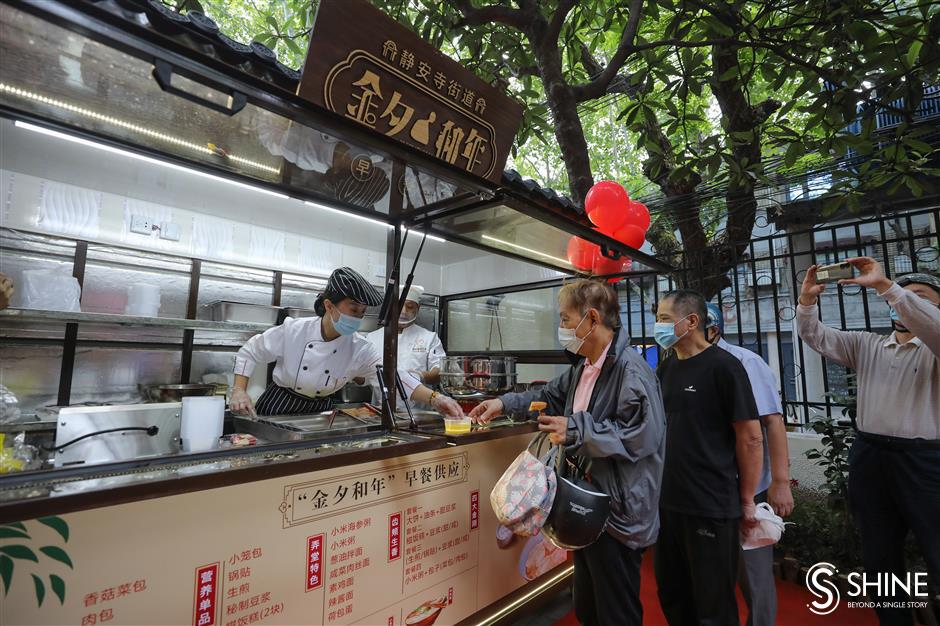 Senior citizens line in queues to get their breakfast.

The downtown Jing'an Temple Subdistrict has over 15,000 people over the age of 60, which accounts for nearly 44 percent of its population. Hence, elder-care has always been a top priority on the local government's agenda, especially meal supply.

In 2006, the subdistrict pioneered an initiative providing three meals a day to local senior citizens for low prices.

In recent years, fancier eateries have emerged, replacing corner stalls in downtown streets. So the service station introduced a new menu for local elderly residents, to access a cheap and traditional breakfast.

The new menu was officially revealed on Thursday, and it requires reservations in advance.

Shanghai is among the first aging cities in China, with the aging population at over 36 percent by the end of last year. Between January and August last year, 44 comprehensive senior service centers, and 175 canteens were built in the city.