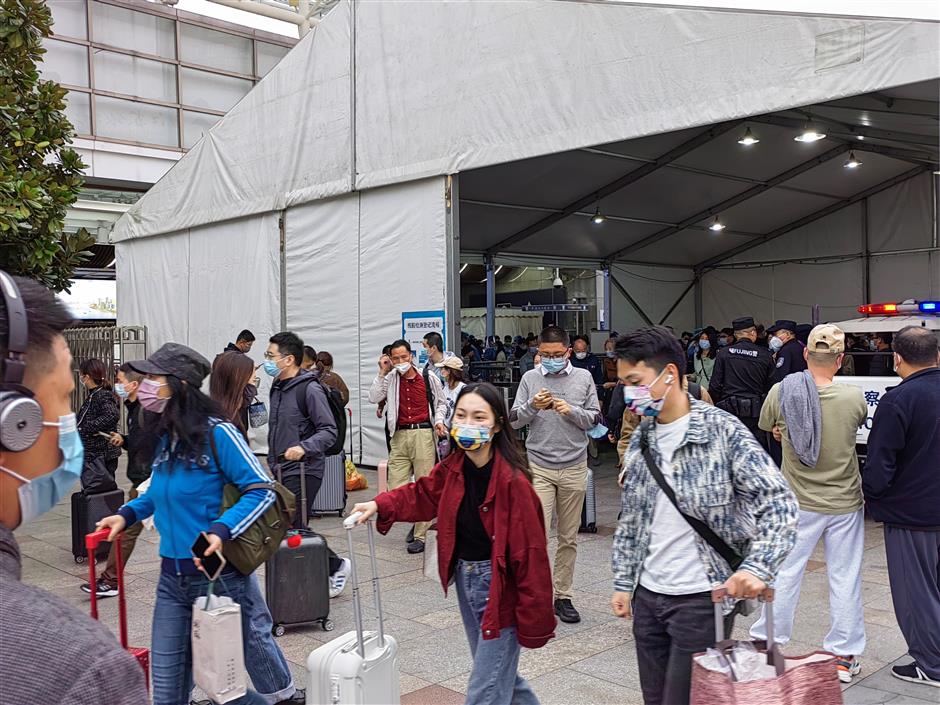 An increasing number of returnees and travelers are seen at Shanghai Railway Station at the end of the National Day holiday on Friday.

Apart from his accommodation, he had been to several pubs in Huangpu, Jing'an and Hongkou districts as well as a convenience store in Changning and a restaurant in Jing'an.

Another infection, a 23-year-old woman, took Spring Airlines Flight 9C7281 and China Eastern Flight MU5232 from Urumqi to Shanghai. She stayed at 108 Hongfeng Road in Jinqiao Town of the Pudong New Area.

She had been to a pub on Huaihai Road M. in Huangpu in addition to her accommodation. 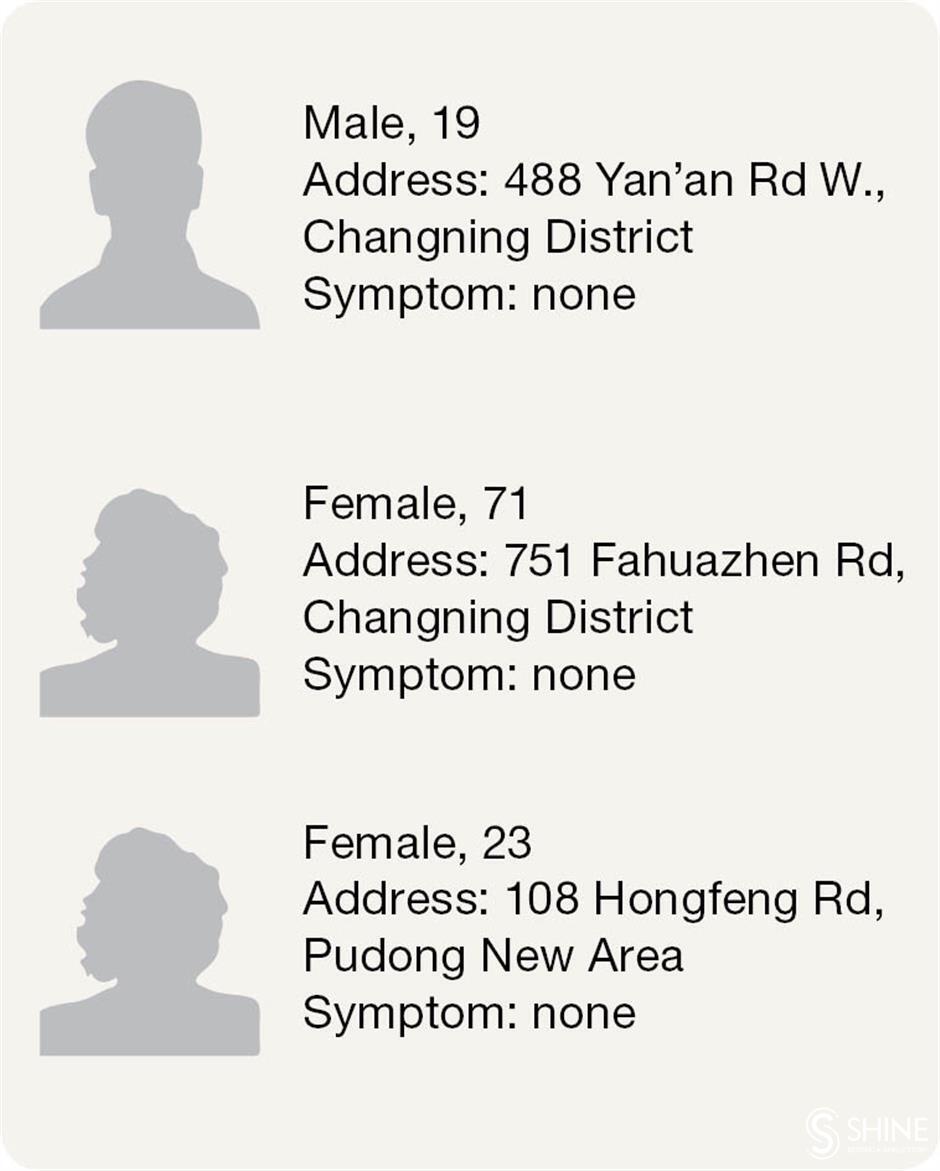 The local case, a 71-year-old woman who lives at 751 Fahuazhen Road in Changning, had been to a wet market at 20 Yangzhai Road in the last two weeks.

As a result, the area within Dingxi, Anshun and Kaixuan roads as well as Yan'an Road W. in downtown Changning was designated as a medium-risk area and put under lockdown, along with the accommodations of the two travelers in Changning and Pudong, according to Wu Qianyu, a senior official with the Shanghai Health Commission.

Changning has beefed up the entry inspection, disinfection, staff management, and license examination at its wet markets and large supermarkets, Chen Ying, deputy director of the district, revealed.

Big data analysis will be used to check the daily PCR test results of the employees, Chen said.

"A smattering of COVID-19 cases has been detected in multiple domestic provinces and cities, imposing greater pressure on Shanghai at the end of the National Day holiday," said Jin Lei, deputy director of the Shanghai Administration of Culture and Tourism.

Travelers coming from domestic COVID-19 related regions must report to neighborhood or village committees and companies or hotels within 12 hours after arriving in Shanghai, he added. 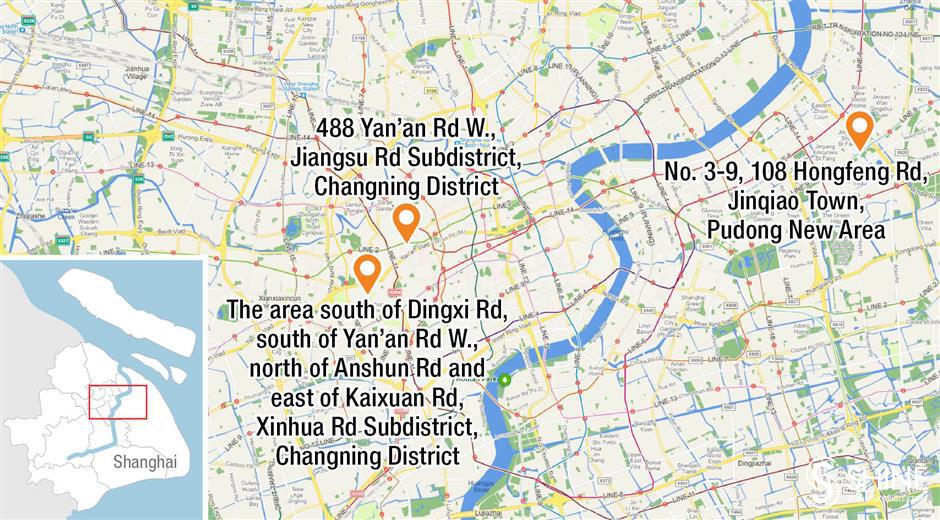 Local hotels are required to take the initial responsibility to put those from domestic high- and medium-risk areas or locked-down regions under quarantine, Jin noted.

The hotels must inspect the four codes of every customer, namely venue code, health code, itinerary card and PCR test report, when they check in as well as go out and return to their rooms. Every customer must have a 72-hour PCR test report to enter the hotels, he said.

A total of 26 positive cases were detected in Shanghai among travelers from other provinces and cities between October 1 and 5, the first five days of the weeklong holiday, according to the commission.

Shanghai has one high-risk area and 14 medium-risk areas at present.