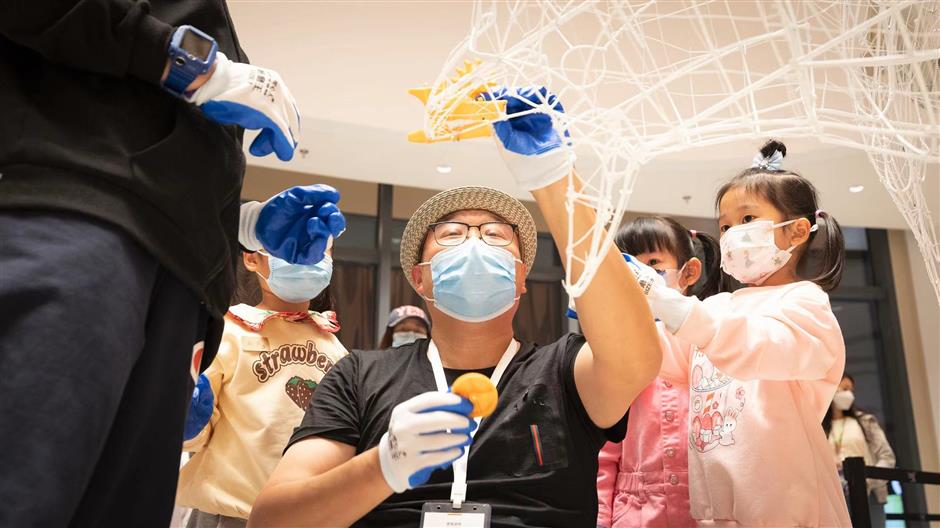 Xu Guofeng, an artist, works with children to complete his installation "Feed."

An exhibition aimed at increasing public awareness on bird protection has launched in Shanghai.

The "Find Birds in the City" exhibition is part of the Shanghai Natural History Museum's "Find Nature" campaign, that was launched in 2016, and encourages the public to observe, record, and protect wildlife, insects, birds, and other animals in the city.

The exhibition's centerpiece is a massive art installation titled "Feed." It resembles a reed parrotbill, an endangered species that lives in the upper crowns of reed and is referred to as the "panda of birds," and is constructed from discarded plastics. 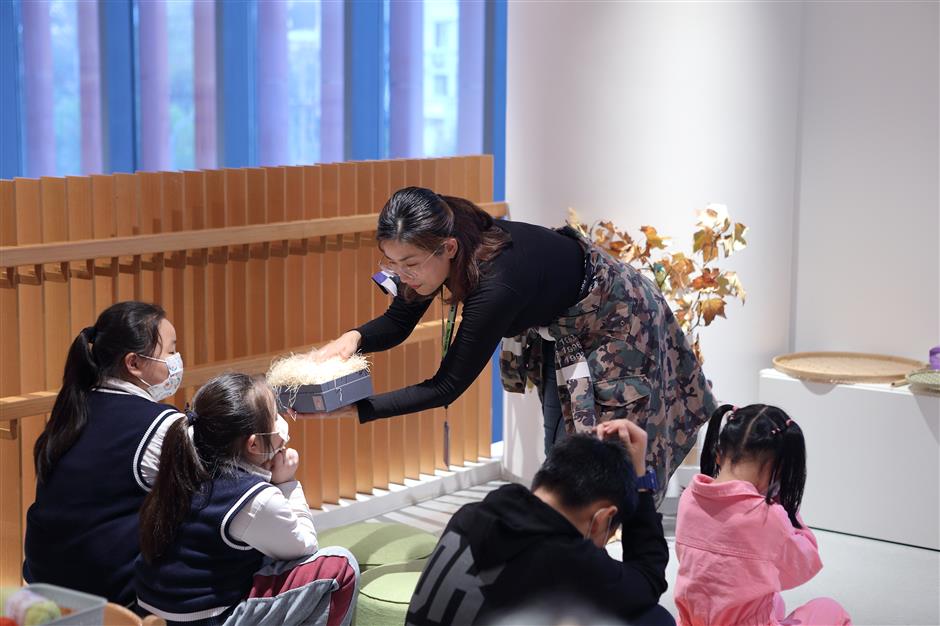 "Some of the garbage was washed up by the waters to the tidal flats in Chongming where the birds inhabit, and other were collected from various parts of the city," said designer Xu Guofeng, noting that such a visual conflict of nature, urbanization, and environmental pollution was created to raise public awareness of environmental protection.

Xu invited visiting children to assist him in completing the job at the site.

In addition, 12 program participants shared their experiences with birds through texts, photographs, and videos, as well as exhibits of bird feathers, eggs, and models.

Fang Dalei, associate professor at the Shanghai Conservatory of Music, has developed an interest in recording bird's songs. 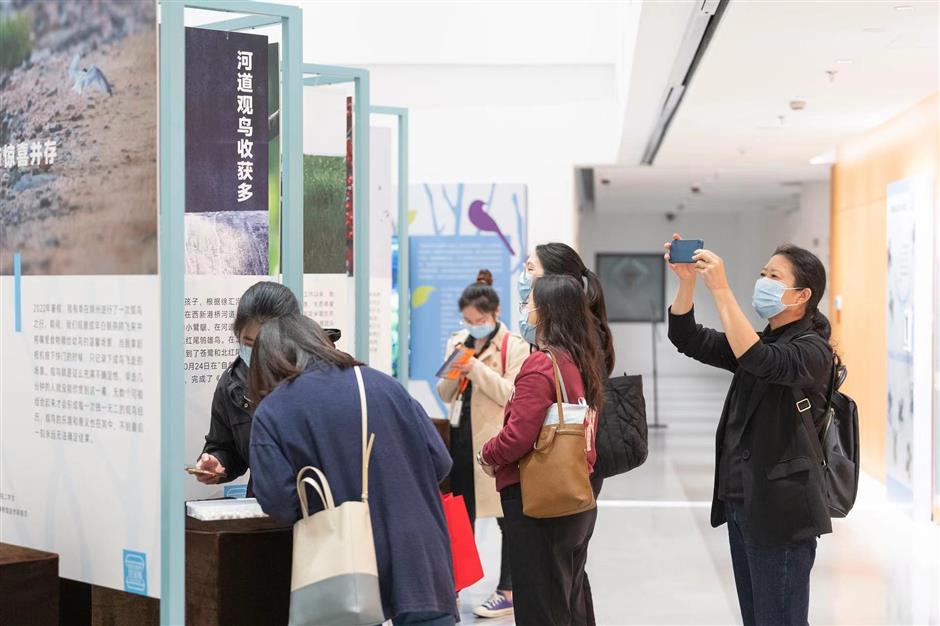 The stories of 12 "Find Nature" participants are displayed.

"We have been living in a concrete jungle for so long that we may have forgotten the sounds of nature," he remarked. "Together with my colleagues, I began my first bird observation expedition in Chongming at the end of September, using panoramic sound recording equipment to capture the natural sounds. We intend to create an album based on these recordings."

The exhibition is co-hosted by Young Theater, Shanghai Natural History Museum, and Society of Enterprises & Ecology. It will run until November 27.

Admission is free, but reservations at the WeChat of Young Theater (THEATREYOUNG) are required.