The incidence of diabetes among local residents aged 35 years or older is 21.6 percent and over 40 percent of patients are not aware of their blood glucose level.

Among the patients who are undergoing treatment, only 30 percent have their disease under control, the Shanghai Health Commission revealed on Monday, World Diabetes Day.

Shanghai has included diabetes prevention and control into its chronic non-contagious disease work plan to set up community-based screening and management network for long-term service and management. 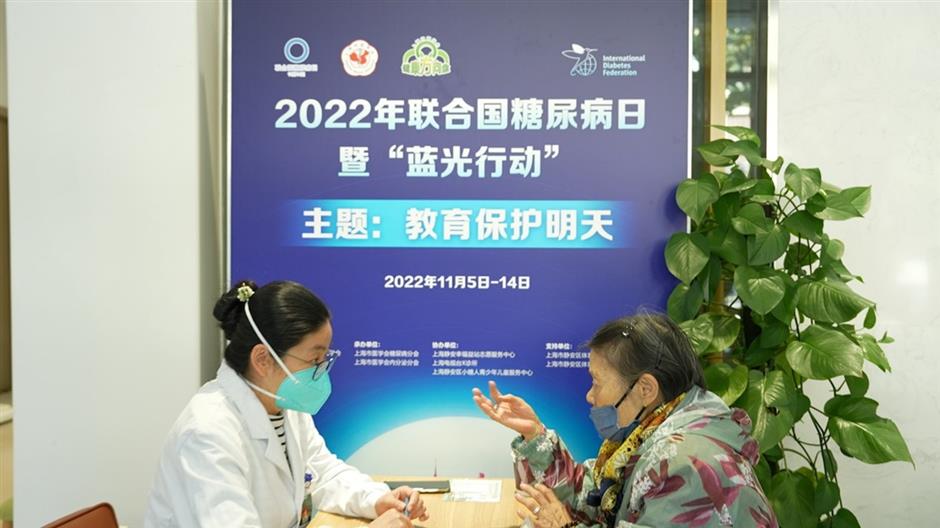 A weeklong educational events for diabetes prevention and control was launched in Shanghai.

"Diabetes is a disease needing continuous and long-term management. If not, it can cause serious complications," said Dr Li Xiaoying, director of the Shanghai Medical Association's diabetes branch. "Diabetes can cause vascular disease and damages to various organs like cardiovascular system, kidney and retina. We are going to communities and using social media to offer knowledge on diabetes prevention and control as well as charity consultations to enhance public awareness."

"Kidney failure needing dialysis caused by diabetes is among one third of new patients," Wang noted. "There are 120 million people with chronic kidney disease in the nation and 90 percent of the patients are not aware of their disease. Among them, the majority are people with diabetes and hypertension."

Wang said that a joint disease management should be introduced as an increasing number of patients are suffering diabetes, hypertension and chronic kidney disease at the same time. If diabetics undergo proper and timely treatment and management, the deterioration of kidney disease will be delayed significantly."

At the same time, a "blue belt" charity campaign promoting diabetes management, which helps reduce damage to organs, kicked off in the four cities of Shanghai, Beijing, Tianjin and Nanjing.

The campaign calls for minimizing the impact of diabetes, especially complications due to diabetes, through public education.

"The risk of complications already exists before the patient is diagnosed with diabetes. With the extension of the disease, the risk of complication also rises," said Dr Guo Lixin from Beijing Hospital. "For doctors, a comprehensive therapy should be considered just in the primary stage of diabetes. In addition to controlling the glucose level, controlling blood pressure, blood fat and education on quitting smoking and requesting patients to receive regular screening on microvascular complications are all necessary to prevent and delay the complications.

"In addition, patients should have a good compliance on medications and adopt a healthy lifestyle."

Dr Jia Weiping from Shanghai Sixth People's Hospital said it is important to establish a whole-process diabetes education, screening, diagnosis and treatment system to enhance guidance to people with high risk of diabetes and diabetics and encourage them to actively involve in self-management and diabetes prevention and control. 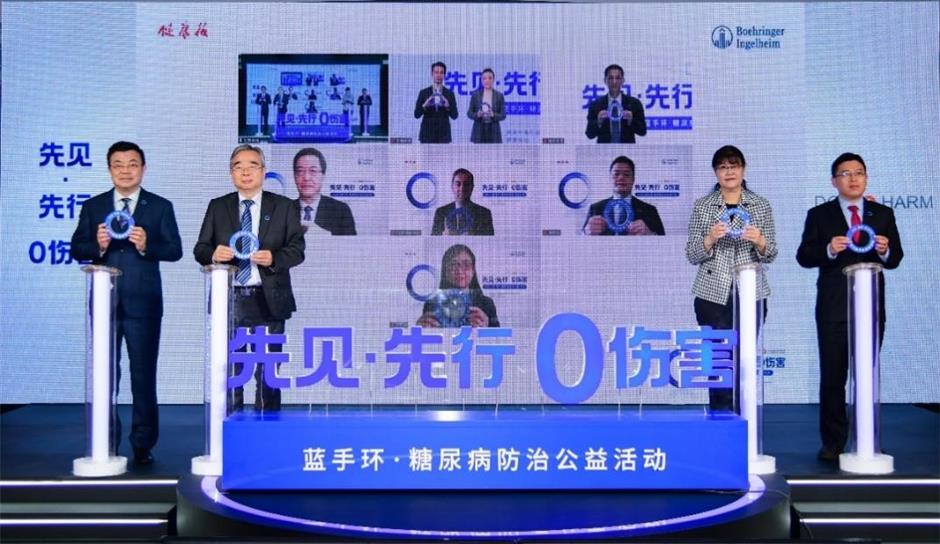