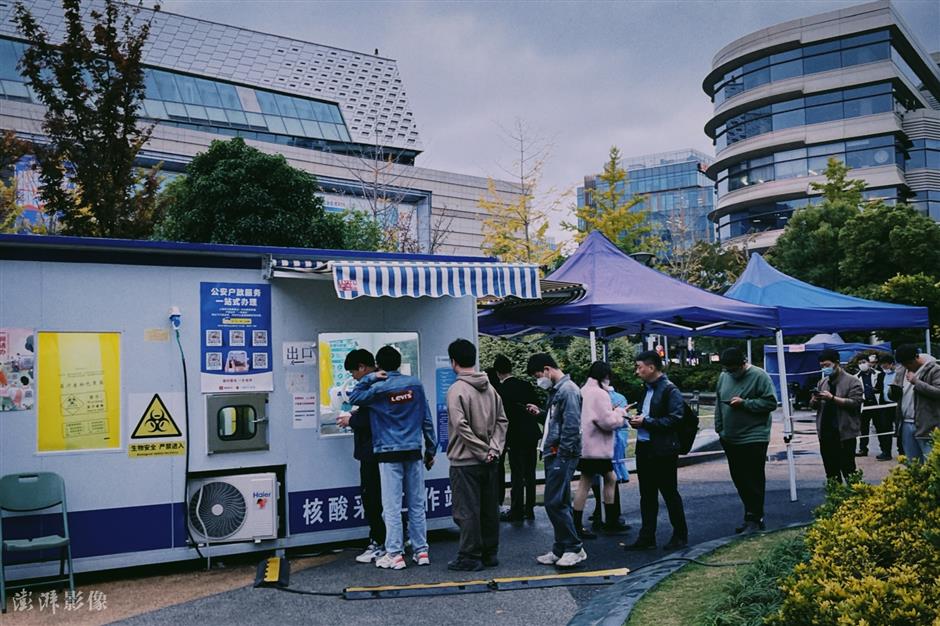 Both tested abnormal during recent regular polymerase chain reaction (PCR) screenings, and have been put under quarantined medical observation.

Apart from her accommodation, the woman had been to a grocery store, a fruit store and two waste-recycling stations in Jiading, along with a neighborhood in Minhang and an apartment for seniors in downtown Yangpu District.

The man had been to an office park at 898 Zhenchen Road in Baoshan, apart from his accommodation.

A total of 393 close contacts of the new community cases had been traced and placed under central quarantine as of 4pm on Saturday. Among them, 128 have tested negative.

A total of 4,631 related people have been screened, and all tested negative. Three items at the cases' accommodations returned positive among the 280 items and environmental samples.

The building and villagers' group where they live have been listed as high-risk areas and put under lockdown. 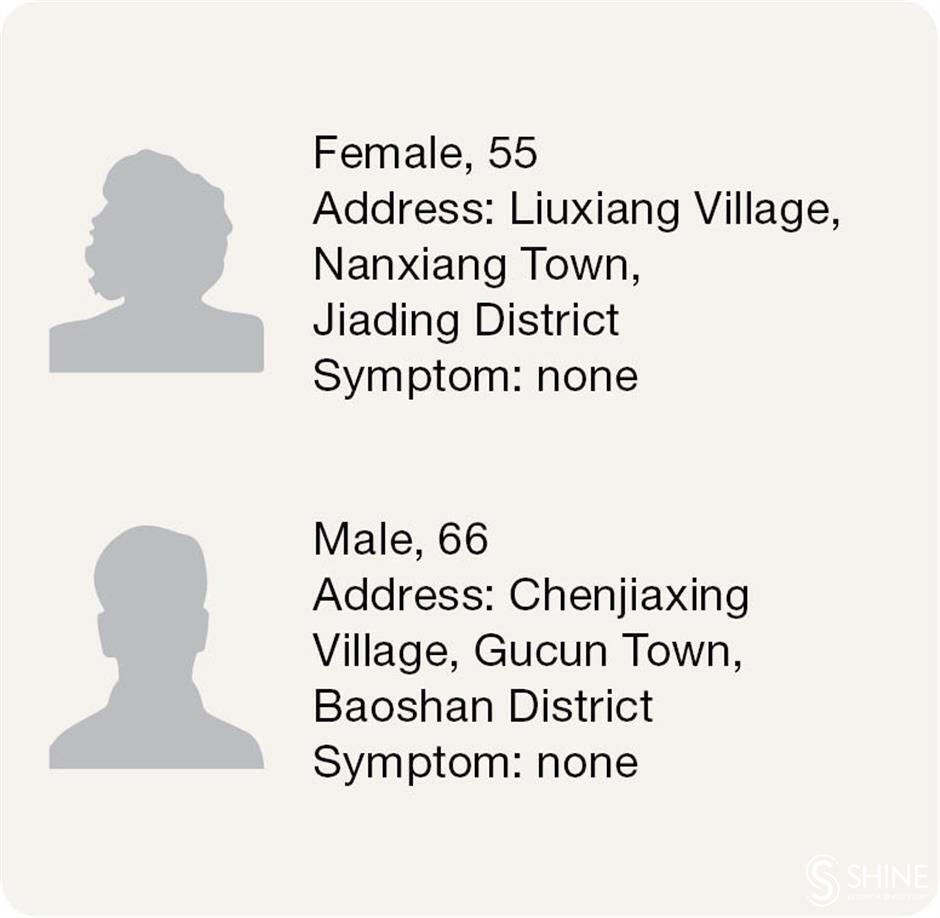 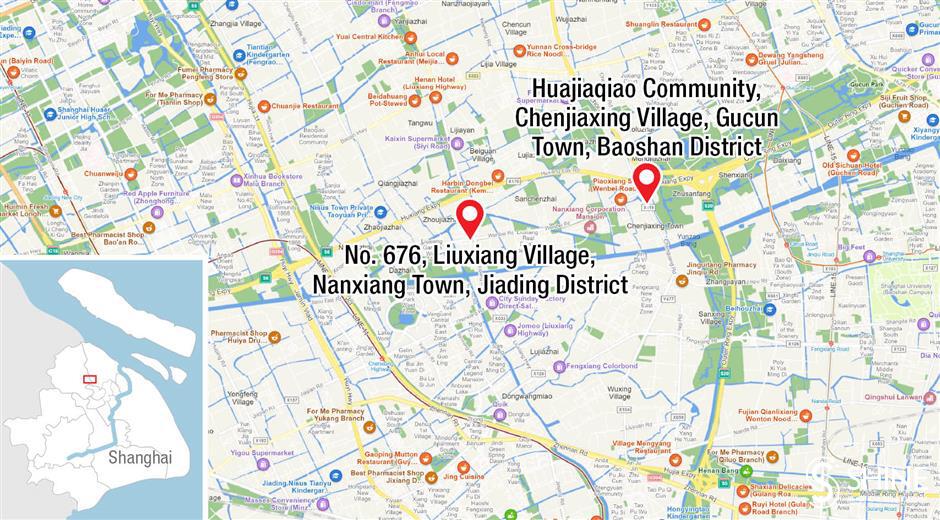