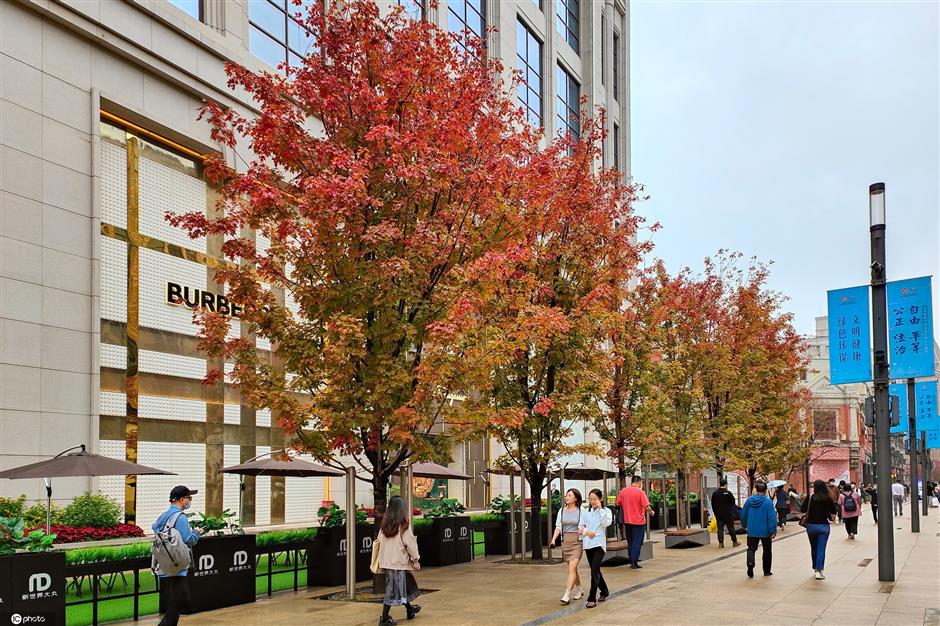 Shanghai aims to redevelop the backstreets around the Nanjing Road Pedestrian Mall to restore their historical fame as China's "six big roads" over a century ago.

The city government has released a new management rule for the landmark commercial street, which includes an urban renewal plan on the parallel roads, including Jiujiang, Hankou, Fuzhou, Guangdong and Beihai road, developing them into characteristic commercial attractions.

The revamping project will not only restore the popularity of the prosperous "ten-mile Nanjing Road" commercial cluster, but also the east-meet-west Shanghai-style culture that partly originated from the region, the Huangpu District government said on Tuesday.

The district hosted a seminar on Tuesday, inviting historians and experts to share opinions on the redevelopment plan of the Nanjing Road E. area with citizens.

Historians and experts share views on the redevelopment plans of the Nanjing Road E. area.

Chen Zu'en, a senior researcher and historian with the Shanghai Academy of Social Sciences, revealed the Nanjing Road and its five neighboring roads were once China's first six modern streets after Shanghai opened its port in 1843.

Apart from Nanjing Road, each nearby street had its own characteristics. Jiujiang Road, for instance, was famous for foreign banks and stock exchanges, while Hankou Road was home to the city's top newspapers such as Shun Pao.

"These streets had witnessed the achievements of the city, as well as the life wisdom and energy of the residents," Chen said.

"The unique Shanghai-style culture was also formed here by blending the local cultures with modern industrial civilizations of the west," he added.